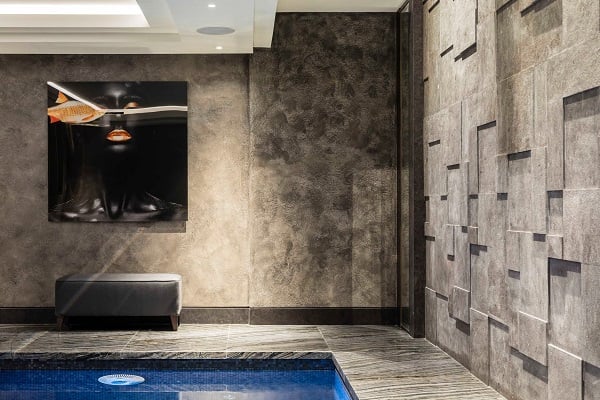 Newly relaunched and released for sale in Mayfair is the magnificent Culross House on Culross Street, now available for sale for £29.95 million via Beauchamp Estates.

Located on Culross Street in Mayfair, directly adjacent to Hyde Park and Park Lane, Culross House, is a magnificent newly built townhouse-mansion which consists of the transformation of the site of the Coach House of the Earls of Essex, into a new five bedroom ambassadorial house, complete with cinema/club room, swimming pool, spa complex and private rear garden.

K10 Group has designed the interiors of Culross House to be a celebration of the ‘Best of British’ classic design, with key rooms inspired by famous five-star hotels and VIP venues from around the world.

Stuart Bennett, Head of Sales at Beauchamp Estates (Mayfair) believes that Culross House will be ideal for an American purchaser, or an international buyer, potentially from the Middle East or Asia purchasing with US dollars, because of the current US dollar to pound sterling exchange rate situation, which effectively gives US dollar purchasers a 30% discount when buying a home in Mayfair.

Stuart Bennett told LondonLovesProperty.com, “The weak pound against the dollar currently provides a fantastic opportunity for Americans and those buying in American dollars to purchase Prime London residential property at an effective discount.

“We have seen a 40% rise in applicants purchasing in dollars, and a series of dollar based deals, most recently in Eaton Square and Cadogan Gardens.

“This jump in activity reflects the fact that the current exchange rate position offers dollar purchasers probably the best opportunity there has been for many years and certainly one that people are currently taking advantage of given the influx of activity from that demographic over recent weeks.

This means that if a dollar based buying is purchasing a luxury property at £30 million today this currently relates to around $34.8m, whereas in 2014 a £30 million London mansion would have cost around $51 million so a circa 30% difference.

So a budget of $35 million dollars lands at around £30 million which will get you a spectacular and beautifully designed London house in Mayfair, like Culross House on Culross Street.

Whereas $35 million in 2014 would give you just £20 million to spend, and in Mayfair that would be a much smaller house, probably needing some form of updating.

Currently a budget of $5 million buys you around £4.3 million today which relates to a very nice one or two bedroom home in Mayfair or Belgravia, whereas in 2014 it bought you around £2.9 million, so in 2014 you would have ended up with small 1 bedroom flat, so buyers are getting around 30% more for their money today.

That 30% difference pays for a buyer’s stamp duty and also any renovation or moving in costs. It also enables a dollar based buyer to buy a home in a much better area than previously or a bigger property with the much healthier budget.”

Culross House has become available for purchase and occupation after previous being let – for a record £1.55 million per year – to a 24-year old Chinese heiress who paid £3.1 million upfront to seal the tenancy.

The lettings deal – which equated to a rent of £130,000 per month – was at the time the largest ever paid to rent a new home in Mayfair and was also the largest upfront payment ever made to let a London home.

The young Chinese heiress, whose billionaire family made their fortune on the mainland and in Hong Kong from property, fashion and IT, was looking for a London pieds-à-terre, providing a base for her visits to London with her boyfriend, housekeeper/cook and personal security team.

She wanted something new build in Mayfair or Belgravia, and strongly preferred a house rather than an apartment.