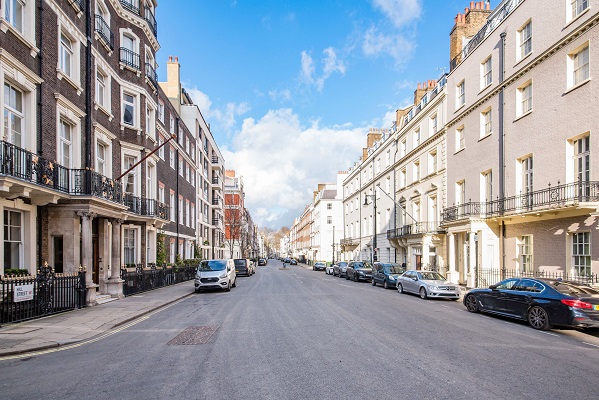 There has been a significant rise in the number of homes priced above £100 million in Prime Central London and this has helped to create a new giga-prime market catering exclusively to billionaire buyers says Wetherell, the ultra-prime estate agent.

Wetherell says that there are now around 20 homes in Prime Central London either built or in the development pipeline which have a value around or over £100 million. These £100 million properties are located in just a few ultra-prime addresses which include Mayfair, Belgravia, Knightsbridge, Regent’s Park and Hampstead. 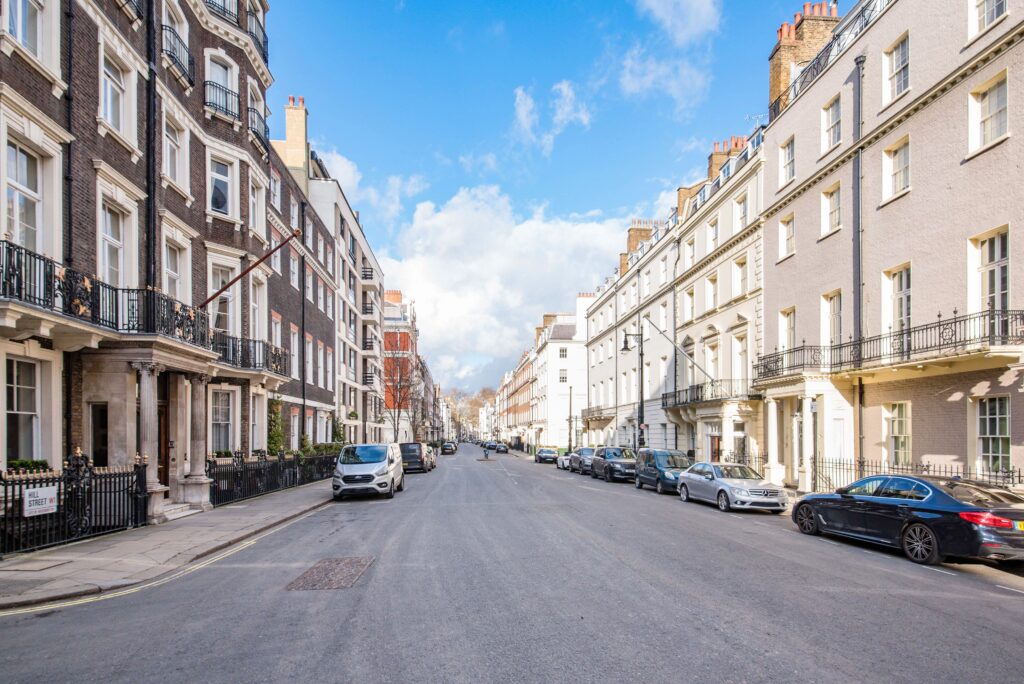 Wetherell highlight that over the last few years a number of vast London properties have become available for refurbishment or conversion back into private homes to create £100 million plus mega-mansions, examples include 38 Hill Street in Mayfair, 2-8a Rutland Gate in Knightsbridge, Forbes House in Belgravia, the former Brazilian Embassy on Green Street in Mayfair and 1-3 Cornwall Terrace in Regent’s Park. 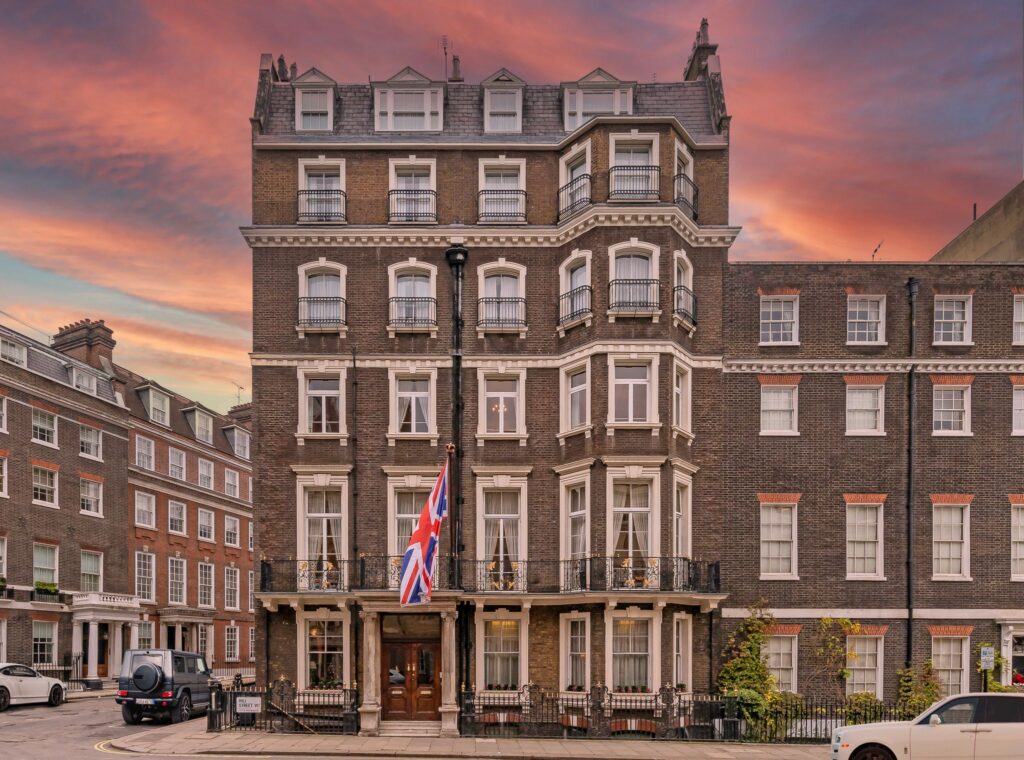 Peter Wetherell, Founder & Chairman of Wetherell said, “We have seen the establishment of a Prime London market, a super-prime market, and now we are seeing the emergence of a giga-prime market, homes for billionaires that are priced at £100 million or above. These £100 million plus homes are two types, either vast mega-mansions or huge penthouses, they are unique trophy assets.”

Wetherell says that there are currently there are just seven locations in the world where there is enough wealth to support vibrant giga-prime housing markets – these locations are Prime Central London, within the so-called platinum triangle comprised of Mayfair, Knightsbridge and Belgravia; and overseas Monaco, the French Riviera, Manhattan, Beverly Hills, Singapore and Hong Kong. 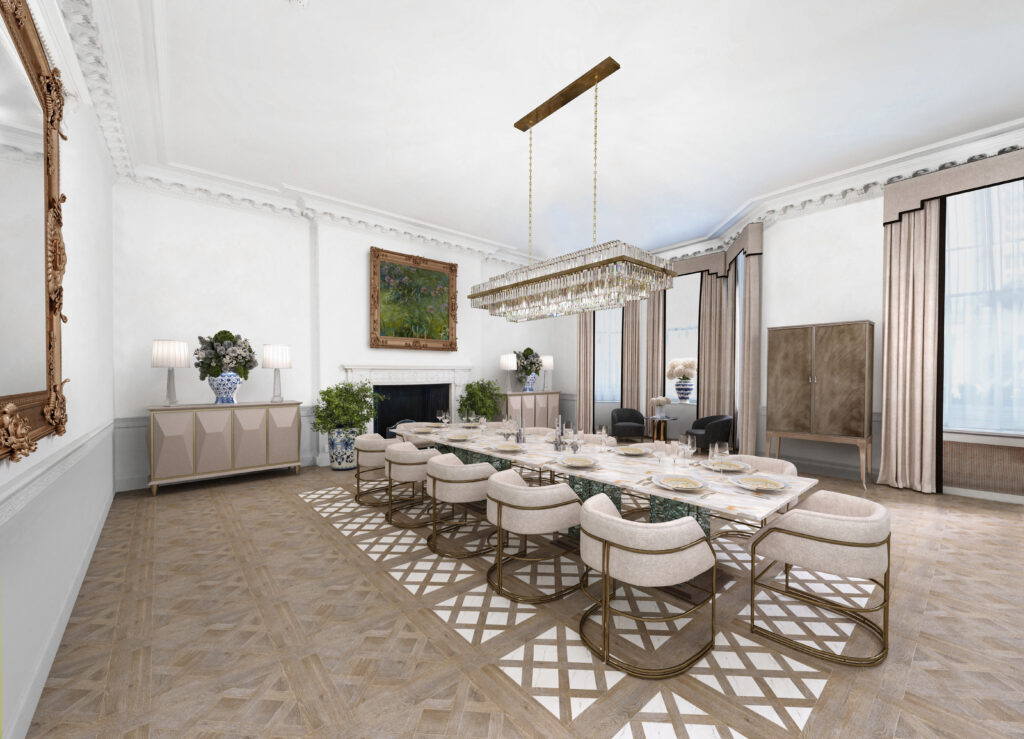 Wetherell reveal that the giga-prime £100 million home market in London is dominated by buyers from just seven countries Qatar, India, Britain, America, China, the UAE and Saudi Arabia, with giga-prime buyers from Qatar, America and China being the most prolific buyers over the last 24 months.

Peter Wetherell added, “There are three key reasons for the emergence of this giga-prime market in London, availability, desire and investment opportunity. Billionares like owning trophy homes in London because it is good for their image, a purchase always creates profile enhancing global publicity, they know that in London there is a fair and just rule of law, good governance and also safety for themselves and their families, and they also like London because each decade property prices go up, so the value of their property assets increase.” 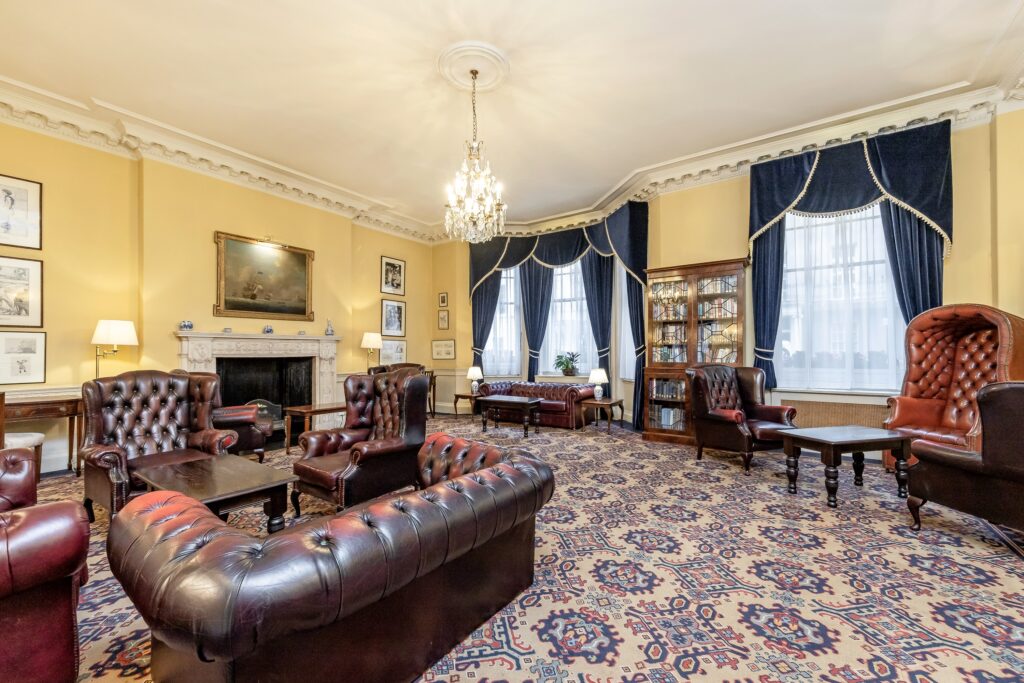 Peter Wetherell continued, “Crucially the giga-prime market is about investment opportunity. If you buy a brand new home you pay a premium, if you purchase a second hand home you need to wait for the market to rise to make a return, but with a property that needs heavy refurbishment or planning and conversion to create a new mega-mansion the potential uplift in value for the owner is substantial.

“The key trophy homes in Mayfair, Belgravia and Knightsbridge can sell for anything from £4,500 to £7,000 per sqft, depending on the level and quality of the refurbishment, so based on this the 17,131 sqft refurbished mansion at 38 Hill Street could be worth up to £100 million, likewise the mansion at 2-8a Rutland Gate which is currently 62,000 sqft in size, if it was remodelled and expanded in size, based on current trophy asset values it could be worth anything from £310 million to over £500 million, either way the most valuable private home in London.” 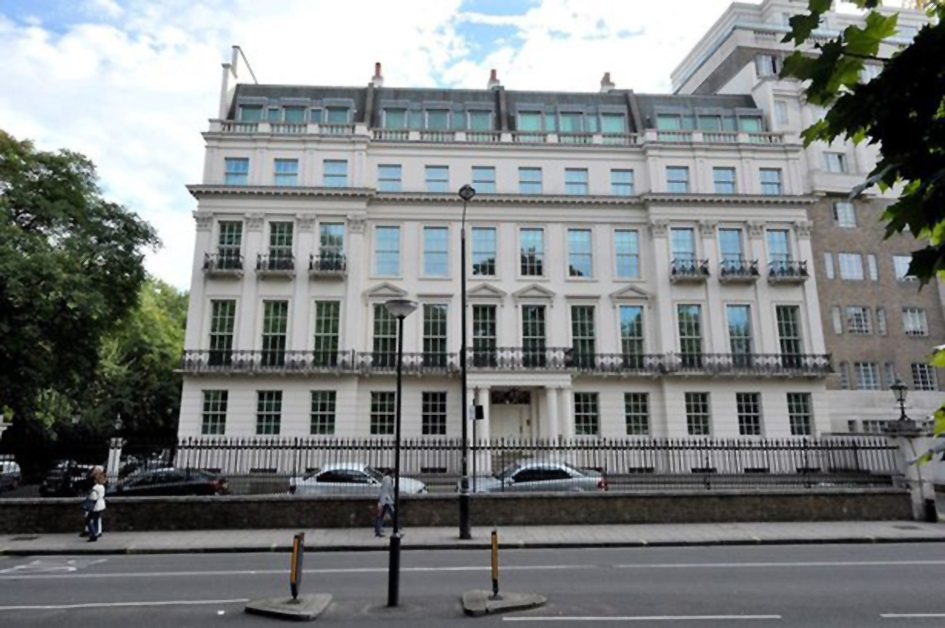 Wetherell say that mega-mansions like 38 Hill Street are part of the ongoing residential renaissance of Mayfair, Belgravia and Knightsbridge which has taken place over the last decade. In the 1850s to 1900s the aristocrats and plutocrats spent vast amounts of money building large mansions in Mayfair and Belgravia. Now over the last decade this Golden-Age style spending has returned and there have been a series of grand mansions, which were used after World War 2 as commercial buildings, which have now been turned back into palatial private homes. 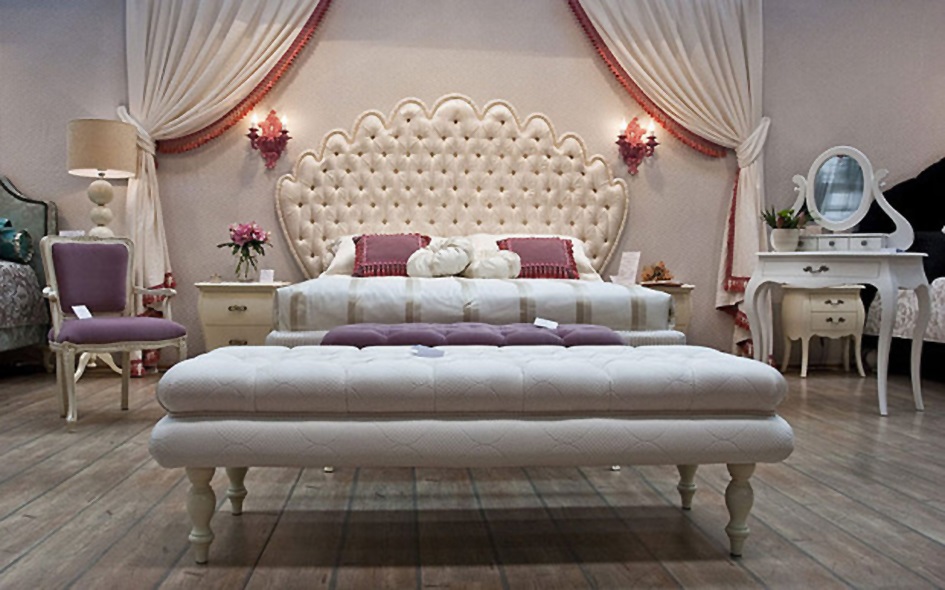 Wetherell observe that Dudley House on Park Lane, served as offices, and is now a private palace, Aberconway House was used the HQ of the Rank Group, Wetherell sold this and it has been turned back into a private home. Likewise Lombard House on Curzon Street, was bank headquarters, Wetherell sold the building, and it is now a private mansion. Most recently three adjoining townhouses on Mount Street, which were being used as offices, have now been turned back into three private homes. 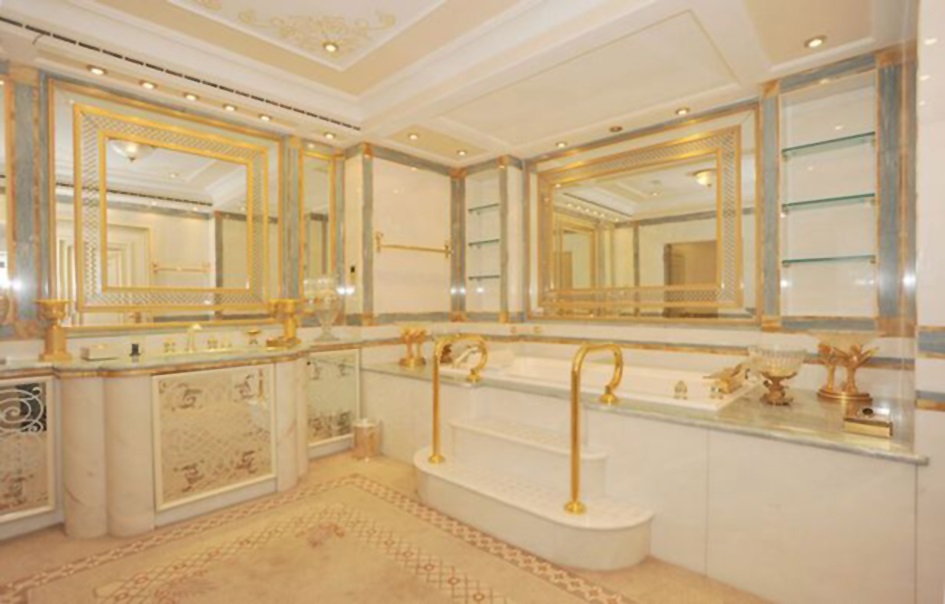 Wetherell highlight that in addition to the £100 million plus homes there currently several new ‘5-Star’ residential developments in Mayfair and surrounding districts that have recorded sales in excess of £5,000 psf, including The Bryanston Hyde Park, a collection of 54 residences enjoying spectacular views over the 350 acres of Hyde Park. Designed by world-renowned architect Rafael Viñoly, the building’s curvature and large panoramic windows are specially designed to maximise the residents’ views of the park from above. 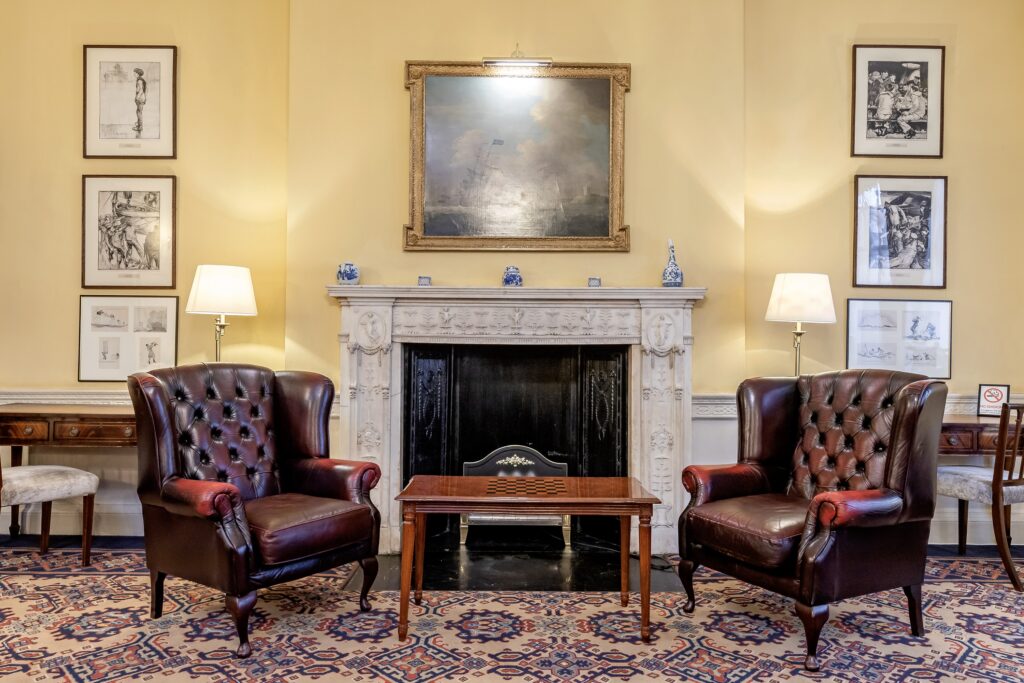 Wetherell say that alongside the new giga-prime homes there are five new 5-star hotels being developed in Mayfair including the new Cheval Blanc hotel run by LVMH on Grafton Street. Plans have been unveiled for 83 rooms in what would be the most expensive hotel ever built in London, at a cost of £500 million. The former American Embassy on Grosvenor Square is being converted by Hong-Kong based Rosewood Hotels, and will include 137 guest rooms, five restaurants, and a 1,000 person ballroom. 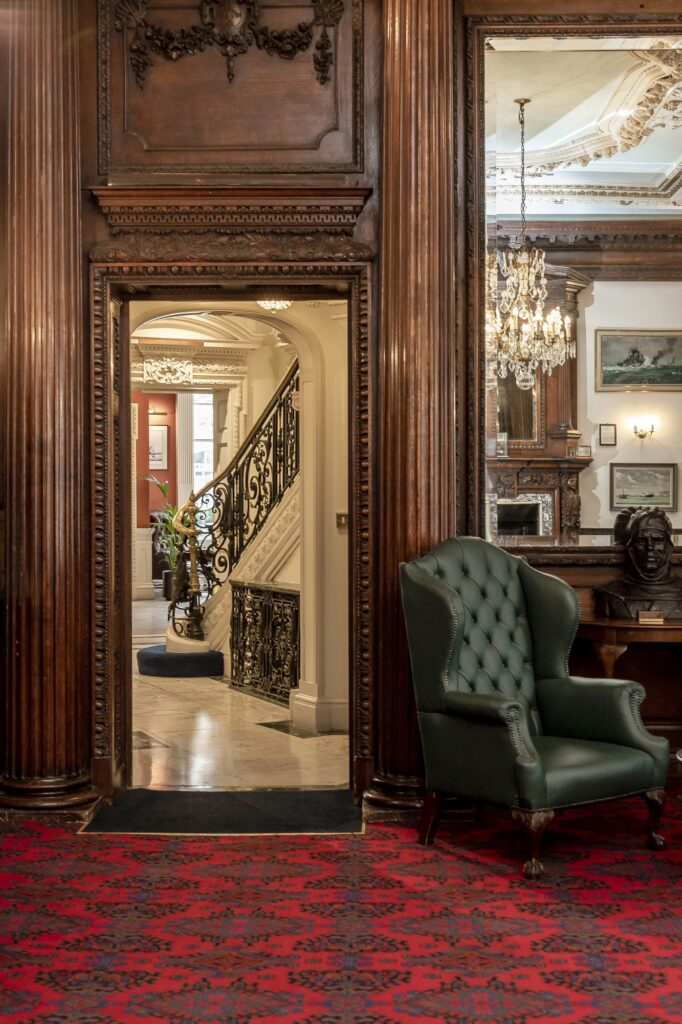 Wetherell highlight that Mayfair continues to be the best place for buyers to find ultra-prime properties, even in a year where international travel has been severely impacted. For example 55% of sales in Mayfair in 2020 achieved a rate of £2,000 or higher per sq.ft. or higher compared to 19% in the rest of PCL. This is a rise from 51% in Mayfair at the start of 2020, and 18% in the rest of PCL.

Wetherell predicts that the volume of sales deals in Mayfair will rise by 50% as buyers return to a wider choice of stock, the favourable £ psf of new super-prime developments and Mayfair’s unique appeal for wealthy individuals looking to enjoy a stylish London lifestyle as culture and hospitality venues reopen after the pandemic.