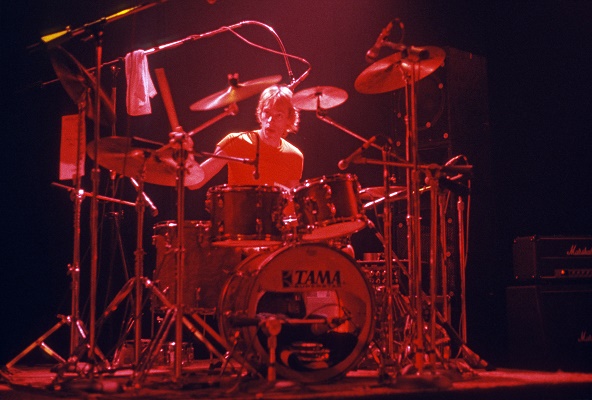 The Police’s drummer Mayfair pad for sale with Wetherell

Located on Mayfair’s desirable Green Street, a chic duplex apartment with a rock and roll history has come to the market with Wetherell for £4,950,000. Green Street is where drummer Stewart Copeland was living when he met Sting and together formed rock band The Police. In 1976, Copeland moved into the building with his then girlfriend Sonja Kristina and his brother, whilst performing in the band the Curved Air. In 1977, Copeland and Sting founded The Police, with Sting reportedly coming over every evening to rehearse together. The Police went on to find worldwide fame and sell over 75 million records, making them one of the best-selling bands of all time. Green Street is where the band first met photographer Lawrence Impey, with a photo from this initial session appearing on the cover of their first single Fall Out. Now transformed from its rock and roll past, the Green Street apartment offers 2,000 sq. ft. of chic living space over two floors, including three bedrooms and large open-plan kitchen opening onto a private terrace. On the ground floor is a bright reception room with beautiful bay window and open fireplace. The open-plan kitchen has a black granite worktop breakfast bar, and integrated appliances, opening onto a bright living space, with bespoke fitted cabinetry for storage space. The room opens onto a large private terrace, with space for seating, ideal for al fresco dining or entertaining. The lower-ground floor provides a spacious principal bedroom suite, with ample fitted storage and en suite bathroom; the bedroom opens directly onto a private patio. There are two guest bedrooms, both with en suite shower rooms. The construction of Green Street began in the mid 18th Century, with a number of significant residents over the years. Another notable resident of Green Street was Admiral Edward Sotheby (1813-1902), a relative of the Sotheby family behind the renowned auction house. Admiral Sotheby had a successful naval career, including as captain of HMS Conqueror which was ultimately wrecked on the reefs of Rum Cay in the Bahamas. Sotheby retired to Mayfair, devoting his life to philanthropy and living at Green Street until his death. Peter Wetherell, Founder and Chairman of Wetherell says: “Green Street is a fantastic duplex apartment providing extensive living space in a highly desirable location. The building has a fun rock and roll history as the original rehearsal space for hit rock band The Police in the 1970s. The apartment is the ideal pied-à-terre, offering easy access to Bond Street and the green space of Hyde Park.”