One in four of the apartments lies empty. Can One Hyde Park really be called a good investment?

The Duke of York last fortnight cut the ribbon to open the newest branch of the Abu Dhabi Islamic Bank at One Hyde Park.

The day before, a five-bedroom pad in the block was put up for sale for £65m. And across the Atlantic, Jay-Z and Kanye West boasted of plans to throw a £500,000 party in one of the apartments.

Call it either the “best address in the world” or “the ugliest building in London”, but just a mention of One Hyde Park rivets everyone’s attention.

Because everyone, it seems, wants to know the latest on Nick and Christian Candy’s magnum opus: the luxury development of 86 apartments in the heart of Knightsbridge that boasts an exclusive private cinema, 21-metre “ozone” swimming pool, squash court, eye-scanners in the lifts and 24/7 room service from the next door Mandarin Oriental hotel.

Oh, and a swanky McLaren showroom and Rolex outlet sit underneath One Hyde Park’s apartments. The nearest corner shop is Harrods.

What is it like to take a walk in One Hyde Park? “Uninspiring, arrogant and definitely not sweet as candy,” says Tracy Kellett, owner of estate agency BDI Home Finders

The Candy Brothers might be the face of One Hyde Park, but the £1bn apartment block is in fact owned by Project Grande (Guernsey) Limited, a joint venture between Christian Candy’s CPC Group and  Waterknights, the property development company owned by Qatar’s prime minister Hamad bin Jassim bin Jaber Al Thani.

The glass and concrete structure is the work of the Gherkin architect Lord Rogers and the interiors have been done up by the Candy Brother’s interior firm, Candy & Candy.

To “experience the exceptional” – the brand proposition of One Hyde Park – the wealthy must fork out £6,000 per square foot on average.

A one bedroom house in the complex costs £3.6m and a penthouse sells for more than £130m.

So who’s got the keys to the apartments in One Hyde Park? Well, Ukrainian mining magnate Rinat Akhmetov bought two apartments in the complex for a whopping £136m in April last year. 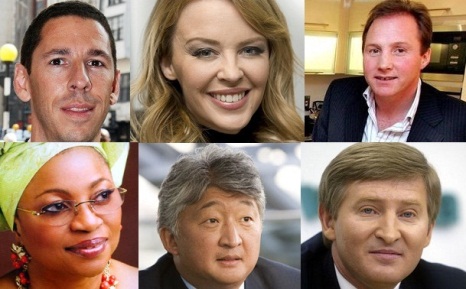 Nigerian fashion designer and oil baron Folorunsho Alakija bought a flat for £64m. Mohammed Saud Sultan al-Qasimi, head of finance for the government of Sharjah, snapped one up for £11.5m, insurance tycoon Rory Carvill paid for £21.2m for one, and Irish property honcho Raymond Grehan bought another for £3.75m.

More recently, pop artist Kylie Minogue is said to have shelled out £15m for a condo. Kylie’s neighbours include Kazakhstani copper billionaire Vladimir Kimand, while Russian property honchos Kirill Pisarev and Yuri Zhukov are also rumoured to be buyers.

Christian Candy himself has keys to two apartments, costing him £26.2m and £31m each. But Nick Candy and his singer girlfriend Holly Valance don’t own any.

Yet these people aside, owners of the remaining apartments remain mysterious, largely thanks to the tax avoidance scheme that sees individuals buy properties through offshore companies to avoid paying stamp duty land transaction tax.

So what is it like to take a walk in One Hyde Park?

“Uninspiring, arrogant and definitely not sweet as candy,” says Tracy Kellett, owner of estate agency BDI Home Finders who took a tour of the apartment block on the day of its star-studded launch.

“I was just so surprised to see how small the apartment was and I really didn’t see features that matched the galactic price tag. The master suite was just like any bedroom, the kitchen looked more DIY than Armani and the other rooms didn’t exactly spell luxury for me.

“Don’t even get me started on how the estate agents were stalking everyone who wanted to have a little look around the apartment and how arrogant the entire affair was.” 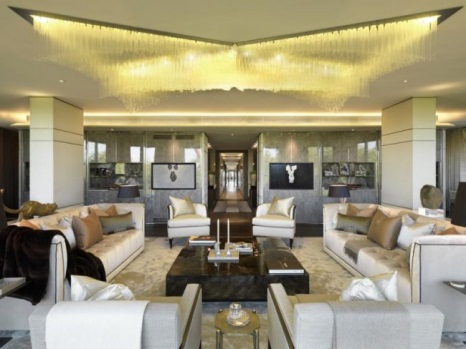 Sure, there was a Picasso in the loo, a Tom Ford coffee table in the living room, a cinema room with black velvet sofas, but that didn’t impress Kellett.

“The only wow factor of the trophy home was the view of Hyde Park, but I’m currently purchasing an apartment for one client that’s just around the corner for £2,000 a square foot and the same view. So what’s the fuss all about?”

When I asked Westminster City Council how many homes are lived in, they reluctantly told me that, even though it’s been four years since the apartments went onto the market, there are still 21 unsold and six empty apartments of the total 86.

Back in January, the Westminster Labour group leader Paul Dimoldenberg accused One Hyde Park of contributing nothing to London’s economy.

“After years of traffic chaos in Knightsbridge, and with over a billion pounds being paid to Qatari developers by anonymous foreign billionaires, only three flats are occupied by permanent residents,” he said.

The other question mark hanging over the Candys’ problem child is that of council tax. Who’s paying it? In January, Westminster City Council was thought to be chasing council tax dodgers as records indicated that only four owners were paying the full council tax of £755.60 a year and only five were paying the 50 per cent discounted council tax owed on a second home.

However, when I got in touch with Westminster City Council for this article, a spokesperson confirmed that “now all properties at One Hyde Park are paying the correct amount [of council tax].”

One Hyde Park: what’s been sold

Is One Hyde Park a good investment? 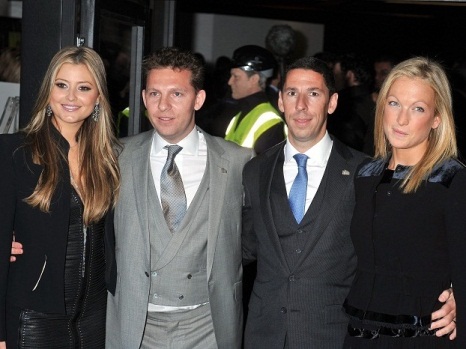 It’s no secret the Candy Brothers and Project Grande backers haven’t had people eating out of their hands to buy One Hyde Park’s extravagant apartments. And you can’t really blame them; some purchasers who bought a property back in 2007 have since made little return on investment.

In 2007, Raymond Grehan bought a one-bedroom flat in the complex for £3.75m. When he put his apartment on the market in November 2011, he had to knock off more than £1m off his original asking price of £6m.

The constant media chatter about no one living in the apartments doesn’t help either. Will the “ghost town” tag forever haunt One Hyde Park?

“I’m afraid so,” says Mead. “If you drive around One Hyde Park at night, you’d see no lights on. Why? Because One Hyde Park is a trophy home that has raised the bar for London’s luxury property market but has perhaps made it so high that it’s just out of reach.

“So will One Hyde Park enjoy the same cachet as say the George V [luxury hotel] in Paris? I don’t think so.”

Nicholas Shaxson, journalist and aut
hor of Treasure Islands: Tax Havens and the Men Who Stole the World agrees.

“One Hyde Park is like a pack of cards that can fall anytime, in the short term someone can imagine flipping their house for a profit but it’s crazy to expect a return on the property in the long run.”

So has One Hyde Park been a success or a failure?

Has this been a success or a failure for the Candy brothers?

By August 2011, the developers of One Hyde Park managed to pay back the £1.15bn loan they had taken from Eurohypo, an international bank for commercial real estate finance to build the luxury complex. Even then, the apartments were far from being a complex bustling with life.

“I believe aesthetically it is a failure due to the almost universal opinion that it is simply ugly,” says Kellett. “As a business venture I think it has been an undoubted success for its backers and developers. For the first purchasers who bought back in 2007, I very much doubt they have seen capital growth.”

Amid all its hurrahs and boohoos, what really made One Hyde Park “exceptional” was its “World’s most expensive address” crown. But now it seems to have lost its glory to a three-storey house in Park Lane. For just round the corner from One Hyde Park, is the recently renovated Dudley House: a 185 year old mansion with 17 bedrooms, an actual ballroom and a £200m price tag.

Owned by the emir of Qatar, Sheikh Hamad bin Khalifa Al Thani, just the furniture in this house is worth £100m – add £36m to that figure and the most expensive penthouse in Candy brothers’ luxury compound can be yours.

Is that the final nail in the coffin for One Hyde Park?

This article was updated at 3:56pm on Wednesday 30 May