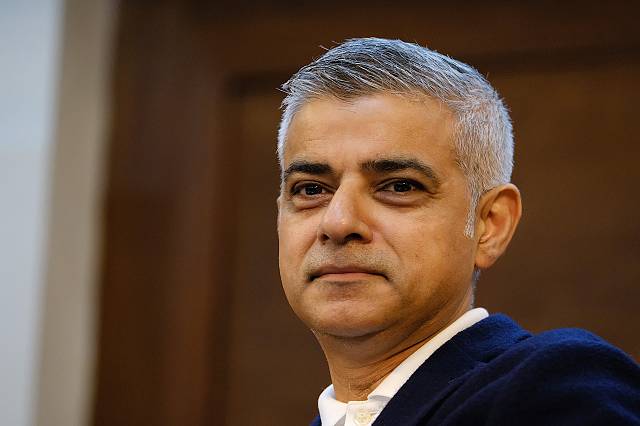 The Mayor hopes the Government will embrace these ideas when formulating their own proposals for consultation on tenancy reform.

The Mayor of London, Sadiq Khan said, “It is high time for private renting in London to be transformed – Londoners need fundamental change that is long overdue.

“Unlike other Mayors around the world, I have no powers over the private rented sector.  That’s why this landmark report sets out a detailed blueprint of what the Government must do to overhaul tenancy laws, and what powers City Hall needs from them to bring rents down.

“We have made important progress over the last three years by working closely with councils and renters – from ‘naming and shaming’ rogue landlords and banning letting agents fees for tenants, to being part of the successful campaign to scrap ‘section 21’.

“But now we need the Government to play their part by making tenancy laws fit for purpose, and by enabling us to bring in the rent control Londoners so urgently need.”

Today, Sadiq and Karen Buck MP met with renters and organisations from the rental sector at a roundtable to launch the report.

Karen Buck, Labour MP for Westminster North said, “The private rental sector has an important part to play in London’s housing supply, but for too many tenants high rents, insecurity and variable quality mean it does not meet their needs. We need more homes and especially more social homes, but alongside that we need urgent reform of London’s rented sector to tackle these problems. I am delighted Sadiq Khan recognises this and it is putting his weight behind it.”

Miatta Fahnbulleh, Chief Executive of the New Economics Foundation said, “More Londoners are renting than ever before, in a sector that’s unaffordable. Since 2010 average rents have risen three times as fast as average incomes. The scale of this affordability crisis means that action must be taken. We support the Mayor’s call – drawn from NEF’s proposals – for additional powers to design and roll out rent controls.

“With a majority of Londoners now in favour of rent control we urge the Government to grant the powers needed to the Mayor to bring rents down to affordable levels for London’s 2.4m private renters.”

Polling carried out by City Hall and YouGov last year revealed strong support for rent controls in the capital, with over two-thirds of Londoners surveyed in favour of the Government capping the amount that landlords can charge people renting their property.

Rent control and stabilisation can take many forms, but most major cities in Europe and North America have some limits on rents in the private sector. For instance, in Berlin, rents are controlled both within and between tenancies, and the city recently announced plans for a five-year rent freeze.

In some New York City apartments, rents are capped by the NYC Rent Guidelines Board, and others have their rent ‘stabilised’ or reset between tenancies. Scotland has recently introduced new laws that allow councils to apply to implement ‘rent pressure zones’, where rent increases are capped at no higher than inflation. By comparison, London and the rest of England and Wales have a private rental sector characterised by very weak protections for renters.

Dan Wilson Craw, Director of Generation Rent said, “As long as your landlord can evict without needing a reason, or raise your rent by more than you can afford, the rental market can never offer you a true home. Londoners are being priced out of the neighbourhoods they grew up in, couples are delaying having kids and many tenants dare not complain about disrepair in case their landlord retaliates with a rent hike.

“While we need to build to meet the demand for homes, renters are struggling right now to make ends meet – they cannot wait any longer for relief. In this new report, Sadiq Khan recognises the ambition and urgency needed to improve life for private renters. We hope the new Prime Minister recognises this too, and acts quickly.”

Reacting to Mayor Sadiq Khan’s plan to seek powers to bring in Rent Controls, LCCI CEO David Frost CMG said, “The Mayor seeks to make an unnecessary intervention that would undoubtedly distort the housing market, reduce the supply of rented housing further over time and raise housing costs in the long run.

“Over regulation would serve to hamper, then drive out, good landlords.

“Overall, this seems to be a pre-election, populist measure that places blame on landlords but ignores the problems of the London housing market”.

However, Co-founder of ideal flatmate, Tom Gatzen said, “A quite frankly laughable proposal from Sadiq Khan and one that reeks of desperation.

During his time in power, his severe failure to deliver on the number of new homes promised has contributed massively towards an over-reliance on the London rental sector. This demand has pushed rental prices up further and the capital’s tenants are the ones that have paid the price.

We’ve already seen the detrimental impact an ill-thought-out ‘tenant first’ policy can have on the market in the wake of the tenant fee ban, with many letting agents and landlords increasing rents to recoup lost income.

Director of Benham and Reeves, Marc von Grundherr said, “There is no doubt that we need to address the issues surrounding the London rental market, but to attempt to remedy said problems through a freeze on rents isn’t far short of idiotic and demonstrates a real lack of understanding when it comes to the rental sector and wider property market.

To further deter landlords from the rental space by restricting the income available, having already hit them where it hurts via a ban on tenant fees, stamp duty hikes, and tax changes, will only see a reduction in stock and further inflame the issues that we are currently seeing.

Landlords are the lifeblood of the rental market, they need to be encouraged to remain in the sector, not to exit it. Had the number of homes promised actually been delivered we would have seen a natural adjustment to rental prices in the capital through a reduction in demand.”