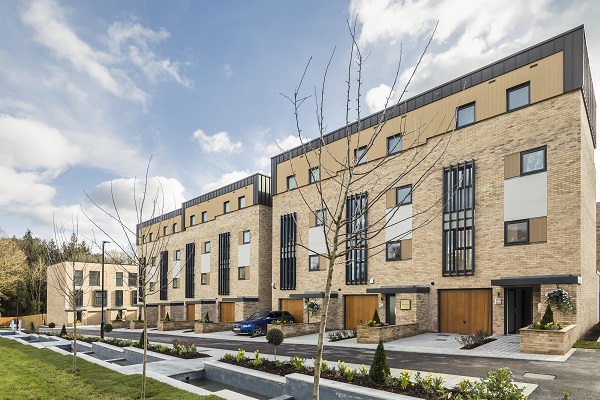 Developer Weston Homes have launched digital tours at the award-winning Denham Film Studios in partnership with specialist tech firm Reevo 360. The launch of the digital tours allows customers to view two of the development’s townhouses remotely during the COVID-19 pandemic.

The release of the digital tour platform at Denham Film Studios coincides with reports that online movie streaming has increased by 20% worldwide amidst the pandemic. The James Bond franchise, which was filmed and produced at Denham has been one of the most popular movie choices during the Covid-19 lockdown as anticipation has grown ahead of the delayed release of the latest Bond film No Time to Die.

Residents at the Denham Film Studios will therefore not struggle for movie inspiration but if people want to see where the Bond films and a number of Oscar winning films were made, they can virtually tour homes at the famed Denham Film Studios via the Reevo 360 platform. The development sits on the site where movies directed by Alfred Hitchcock, Steven Spielberg and Stanley Kubrick were filmed and screened.

The digital tour produced by Reevo 360 allows customers or potential buyers to tour The Lucas and The Lester homes at the development. The houses, that are named after movie legends George Lucas and Richard Lester, are both located on Stanley Kubrick Road within the secure development. Both of the homes provide four bedrooms and the tours offer customers different things. The Lucas is unfurnished and offer customers a blank canvas view whereas the The Lester has been furnished to pay homage to the site’s glamorous past. Available homes for sale at the Denham Film Studios start from £680,000.

Throughout the show home viewers of the digital tour will be able to see design inspiration from Hollywood and film including a Star Wars themed children’s bedroom. The bedroom includes a hand painted mural of stormtrooper and Death Star light. The home was designed by BLOCC Interiors and can be purchased dressed for £710,000.

To view the show homes at the historic Denham Film Studios, a customer contacts Weston Homes. They will then be sent an encrypted link which allows a highly trained member of the Weston sales team to direct them through the tour as they would if they were face to face.  The digital tour allows the Weston sales team to speak with the customers as they tour the show homes virtually and they can then answer any questions they may have before a reservation is made. There is no time limit and as the tour can be joined by up to 50 people, a customer can invite family members and friends to join in if they wish to see the show homes more than once. Customers can reserve a home at Denham Film Studios for just £1,000.

Jonathan Lewis, Sales Director at Weston Homes commented: “As the Government issued stricter rules on social distancing and working from home, we wanted to still be able to provide customers with tours of Weston developments. The demand is still there and we needed to adapt to this new norm whilst maintaining the safety of our staff and our buyers. Reevo 360 have provided us with a platform which enables our customers to have one-to-one digital tours with the guidance of a member of our experienced sales team. We look forward to people digitally touring a piece of movie history.”

Following the latest guidance from the Ministry of Housing and the Law Society, Developers with sales agents, working remotely/from home, can market properties via virtual viewings technology and remote telephone/video calls, and offers can be made and accepted. For unoccupied new build homes like those Weston Homes are marketing, once contracts are exchanged, transactions can continue without any delay since there are no existing occupier risks.