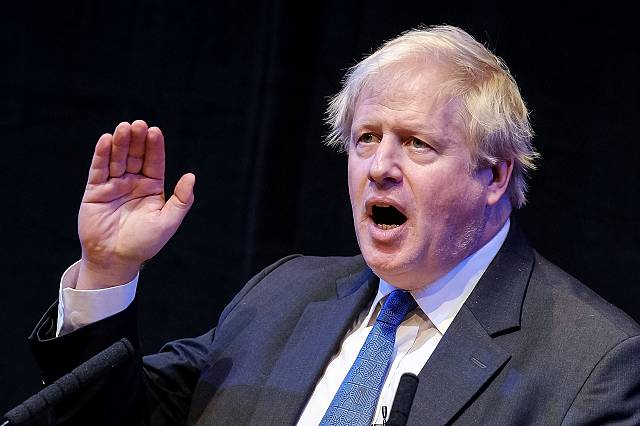 Prime Minister Boris Johnson announced a raft of new measures to help the UK on the road to recovery following the pandemic. This includes the construction of thousands of new homes and “the most radical reforms to our planning system since the Second World War”.

Speaking in Dudley, the West Midlands,  Johnson outlined that the ‘new deal’ will tackle the chronic failure of Britain to build enough homes and address the inter-generational injustice younger generations have experienced accessing the property ladder.

New regulations will give greater freedom for buildings and land in town centres to change use without planning permission and create new homes from the regeneration of vacant and redundant buildings.

The new rules will see existing commercial properties, including newly vacant shops, be able to be converted into residential housing more easily.

Additionally, builders will no longer need a normal planning application to demolish and rebuild vacant and redundant residential and commercial buildings if they are rebuilt as homes.

Property owners will also be able to build additional space above their properties via a fast track approval process, subject to neighbour consultation.

The government also confirmed its £12bn affordable homes programme will go ahead, supporting up to 180,000 new affordable homes for ownership and rent over the next eight years – including a 1,500 unit pilot of ‘First Homes’: houses that will be sold to first time buyers at a 30% discount which will remain in perpetuity, keeping them affordable for generations of families to own.

Jeremy Leaf, north London estate agent and a former RICS residential chairman said,”While, of course, the announcement of more building is very welcome we want to see more specifics, not just on desperately-needed affordable housing projects but a strict timetable for delivery, especially of sites with planning.

“So many of the larger schemes, in particular, are mired in planning or lending red tape so certainly the concentration on infrastructure will help to release many from that log jam by improving connectivity.”

Nick Sanderson, Audley Group CEO added, “It’s not the first time the Prime Minister has promised radical housing and planning reform. He’s told us he will build better, build greener, build faster. But those are empty promises if he doesn’t build smarter.

“To renew the focus on building more homes and helping first-time buyers is wrong. It was wrong before and is wrong again now. We have enough houses, but they are under-occupied: a report from CASS Business School this month found that we will have 20m surplus bedrooms in this country by 2040, many in houses owned by people who would like to downsize.

“It’s abundantly clear then that the focus should be on specialist housing where there is a severe under-supply.

“The devasting events of the past three months should have opened the government’s eyes to the need to tackle housing and social care change together, and not in silo. Care homes have been put through the wringer, but it’s only the tip of the iceberg.

“Unless the government works to facilitate the building of many more houses for people as they get older which have care attached, it’s continuing to bury its head in the sand. The ultimate and tragic cost of that oversight could be people’s lives. Giving older people appropriate living options that offer a range of services and support has never been more important.

“The government has a small window to make a real difference and improve the lives of the population, while simultaneously easing pressure on the health and social care system and stimulating the housing market. Now is time to use that window, and build smarter.”