Home Residential PropertyLuxury Property A luxurious relaxing oasis in the middle to 24 hour Soho for rent furnished for only £3,250 per week 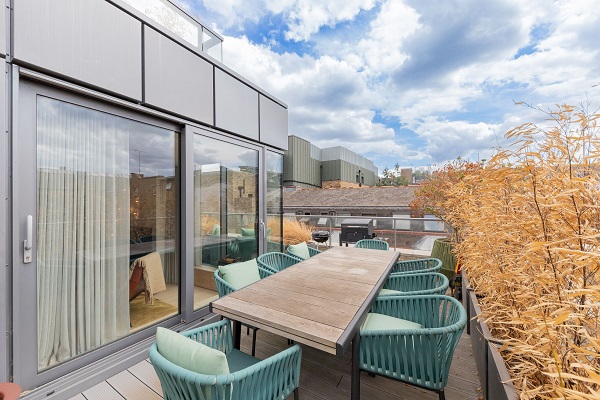 A luxurious relaxing oasis in the middle to 24 hour Soho for rent furnished for only £3,250 per week

The magnificent duplex 1,574 sq ft penthouse apartment in Soho’s alluring Watch House development is available to rent, furnished, for £3,250 per week via DEXTERS. Sitting at the junction of historic London streets Berwick and Peter Street and hidden behind a discreet entrance, Watch House overlooks the most eclectic part of the most exciting capital in the world.

Encapsulating three en-suite bedrooms, an open plan kitchen and living area, and an extensive 1,023 sq ft of landscaped terraces across the two floors, this property ensures a private oasis in which to relax and observe the bustling streets of the cosmopolitan capital. 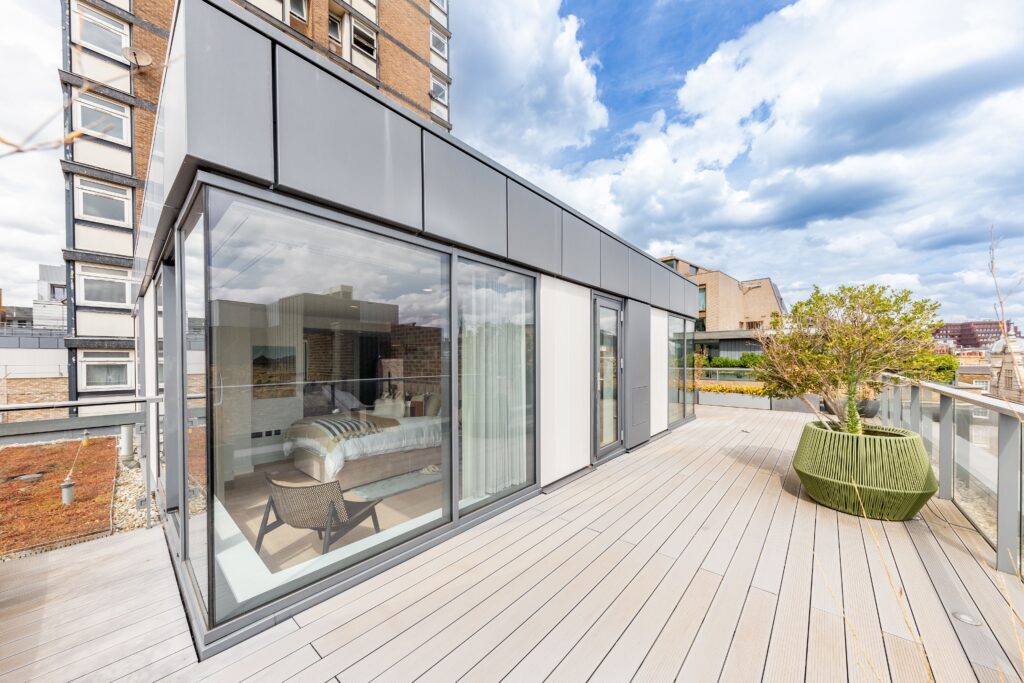 Read more on other luxury properties:

The kitchen features a stylish exposed brick slip wall, which continues round to provide a feature wall in the living room, thus tying the two spaces together. The rawness of the principal materials is offset by luxurious navy and reeded glass kitchen cabinets and Buster and Punch brass handles to all kitchen units. 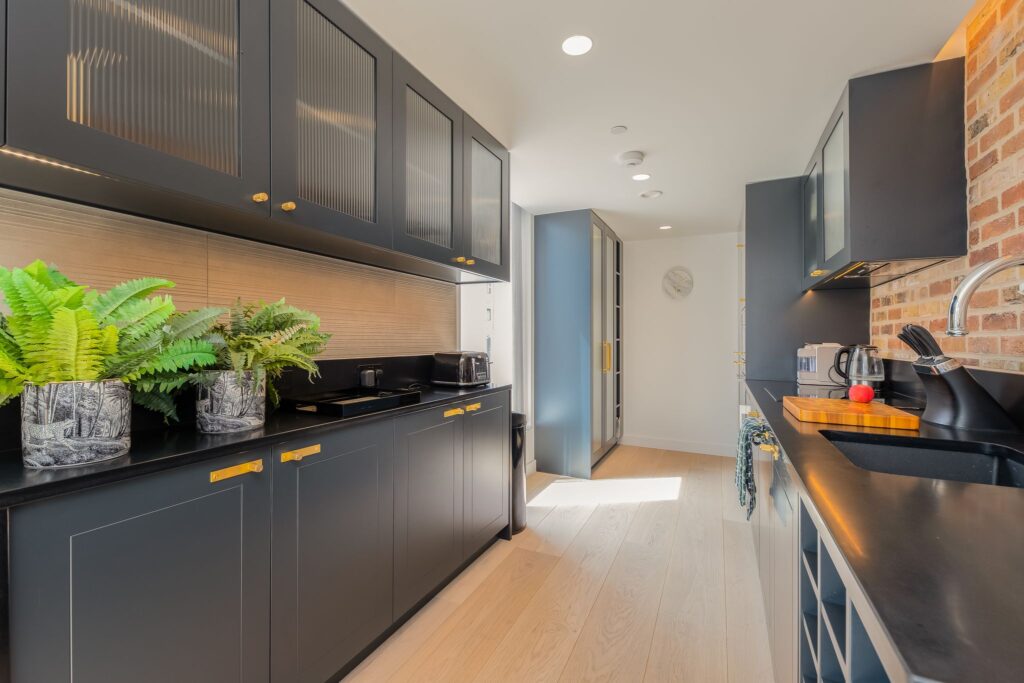 The kitchen comprises a fully integrated appliances, including a Bosch dishwasher, fridge freezer and free-standing washer/dryer. In addition, the duplex includes an under counter wine cooler and Domus honed, composite stone kitchen surfaces and tile splashbacks.

Crosswise from the kitchen, the open-plan living space is currently set-up as a dining area, with an eight-seat marble topped dining table and contrasting navy chairs, and living area, forming an invitingly sociable space.

A lighting feature on the far wall takes centre stage, with a celestial scattering of wall sconces that add intrigue and depth to the space. The living area is currently zoned by a large golden Berber rug with a neutral grey sofa, a glass coffee table which allows for flow, and two terracotta leather arm chairs, grounding the eclectic room. 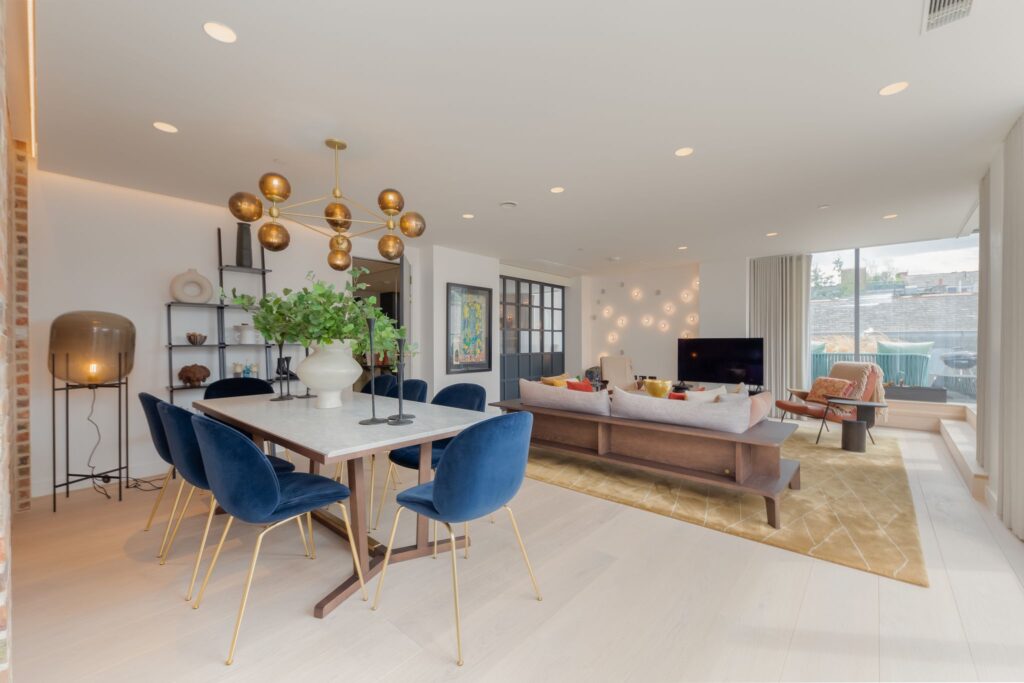 The lower level of the duplex hosts the smallest en-suite bedroom, which has been cleverly utilised as a study, ideal for a working from home arrangement which is a high priority in many tenants’ property search preferences. The space is partitioned from the living room by a smart navy and reeded glass, loft style sliding door and features a cosy gold coloured rug and powder blue velvet and terracotta leather arm chair complete with matching footrest.

The upper level hosts the principal suite and second bedroom both benefitting from direct access to the sizeable wrap-around terrace and are flooded with natural light. Both feature exposed brick slip walls and are dressed in neutral greys and beiges with ethereal and floaty privacy voiles paying into the harmonious and balanced design and providing a restful space for residents to retire. 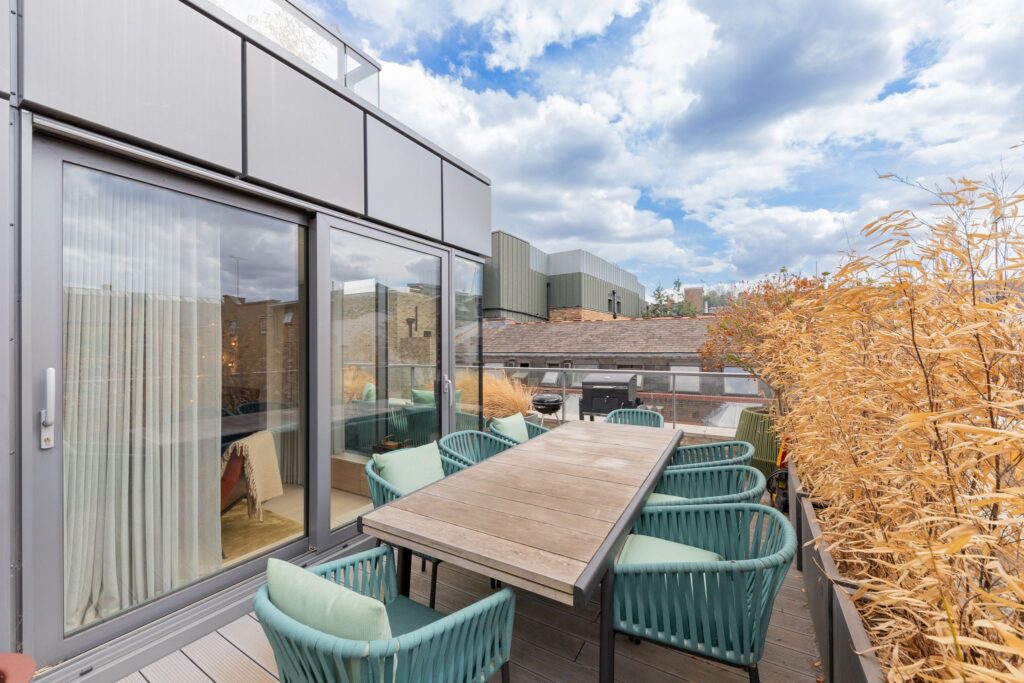 The principal en-suite bathroom is generously sized and tastefully considered, with a mix of Domus porcelain tiles and gold metal feature wall tiles. Also present are his and hers CP Hart Catalano wash basins, clear silver Artisan mirrors, built in vanity units and a glass walled shower. The highlight of the room is perhaps the reflective gold free standing bathtub which incorporates a suitable element of opulence and indulgence. The upper floor also benefits from a utility room.

The name of the development, Watch House, is a nod to the 17th century, when Soho became an important settlement of French Watchmakers, popularly known as Huguenots.

They fled religious persecution in France and settled in the area, which over the ages became known for its craftspeople and later its creative and nonconformist spirit. Greeks and Italians also populated the Soho area, contributing to a multicultural but modest district. 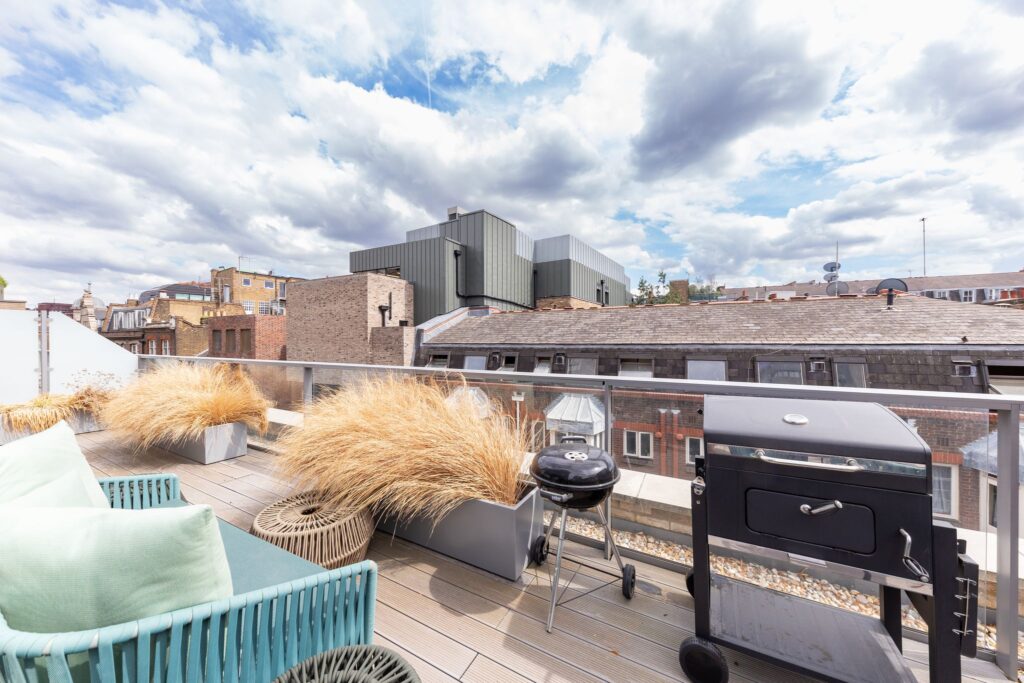 By the 1890s many had opened eating-houses serving their native cuisines and as the market traders attempted to supply the ingredients, Berwick Street Market earned a reputation for selling a bewildering variety of fruit and vegetables. In 1880 tomatoes first appeared in London at Berwick Street Market, followed by grapefruit in 1890.

Soho has seen its fair share of celebrity thoroughfare. There is a blue plaque commemorating the English actress and dancer Jessie Matthews on the wall of The Blue Posts public house.

She was born above a butchers’ shop at 94 Berwick Street and was extremely popular in musical revues of the 1920s and musical films. Furthermore, the bohemian writer Virginia Woolf regularly frequented Berwick Street Market to buy ‘flawed slightly’ silk stockings. Berwick Street featured in her writing, and she described Soho as a space ‘filled with fierce light’ and ‘raw’ voices. 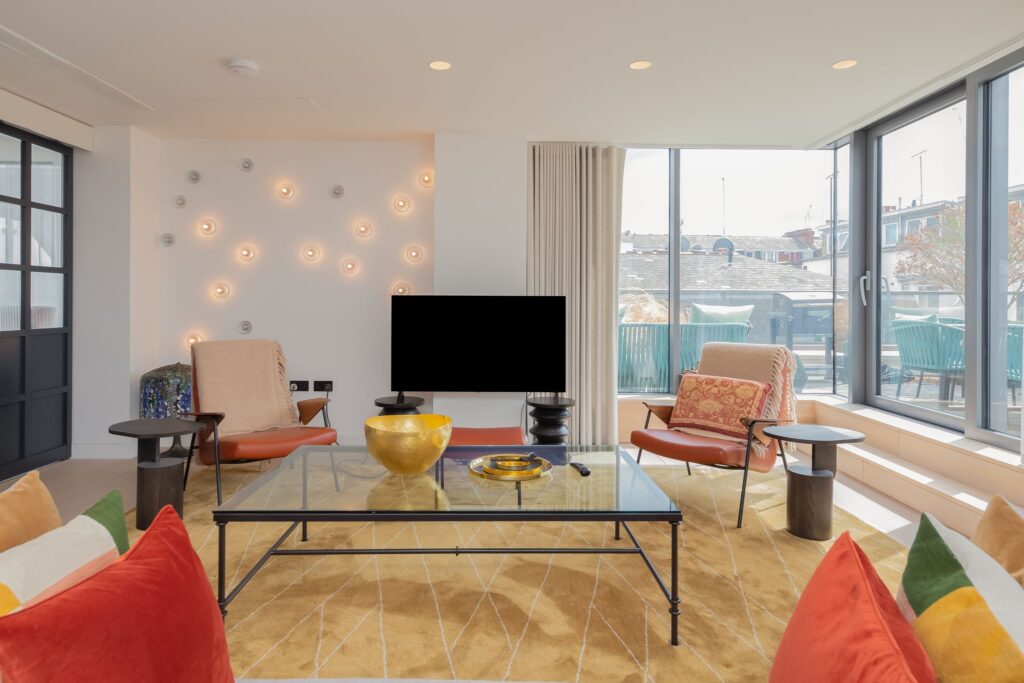 In the 1980s, Berwick Street became a destination for vinyl record collectors when it was known as ‘The Golden Mile of Vinyl’.  This corner of Soho is still home to central London’s largest concentration of independent record shops with Reckless Records and Sister Ray on Berwick Street.

Further cementing its importance in the music scene, Berwick Street was the location for the cover shoot of the 1995 Oasis album ‘(What’s The Story) Morning Glory’ and T-Rex front man Marc Bolan worked on his mum’s stall on Berwick Street market in the 1960s. 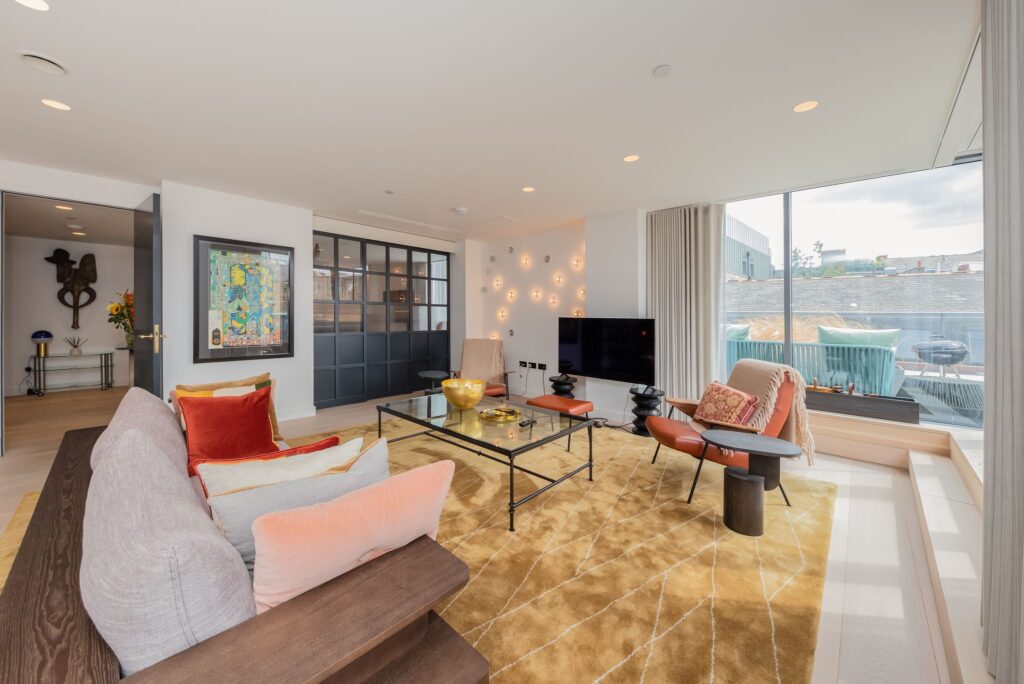 George Habergham Manager at DEXTERS Fitzrovia and Covent Garden told LondonLovesProperty.com,  “Every detail within the Penthouse has been considered. Whether it be the click of a switch, the closing of a door or the tactile nature of materials used on the floors, walls, and surfaces.

“This south-facing, triple aspect home provides exceptional living in the most creative part of London. In creating Watch House, the developers have undertaken more than just a residential scheme, they have contributed to the regeneration of Berwick Street itself, introducing new retail space and a hotel, whilst the street still retains the charm of the famous Berwick Street market. 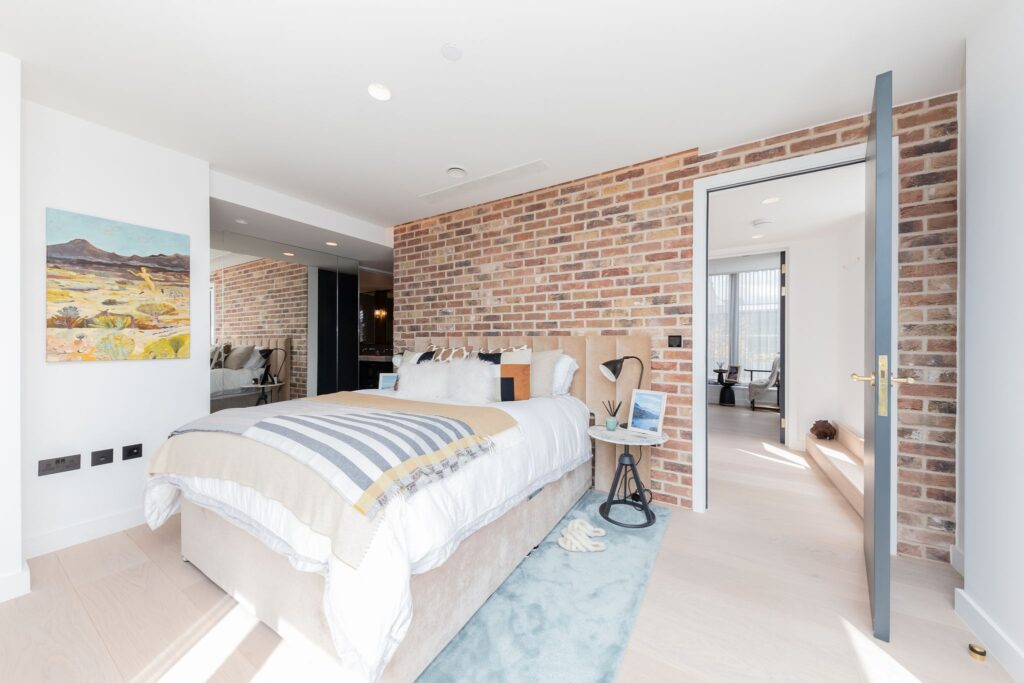 This stunning Duplex apartment will appeal to people who work in the West End or nearby and love the vibrancy and variety of Soho. Perhaps those for whom Mayfair or Belgravia is a little too conventional. And overseas tenants wanting to jump into the beating heart of creative London and have proximity to places to work, learn, shop and play.” 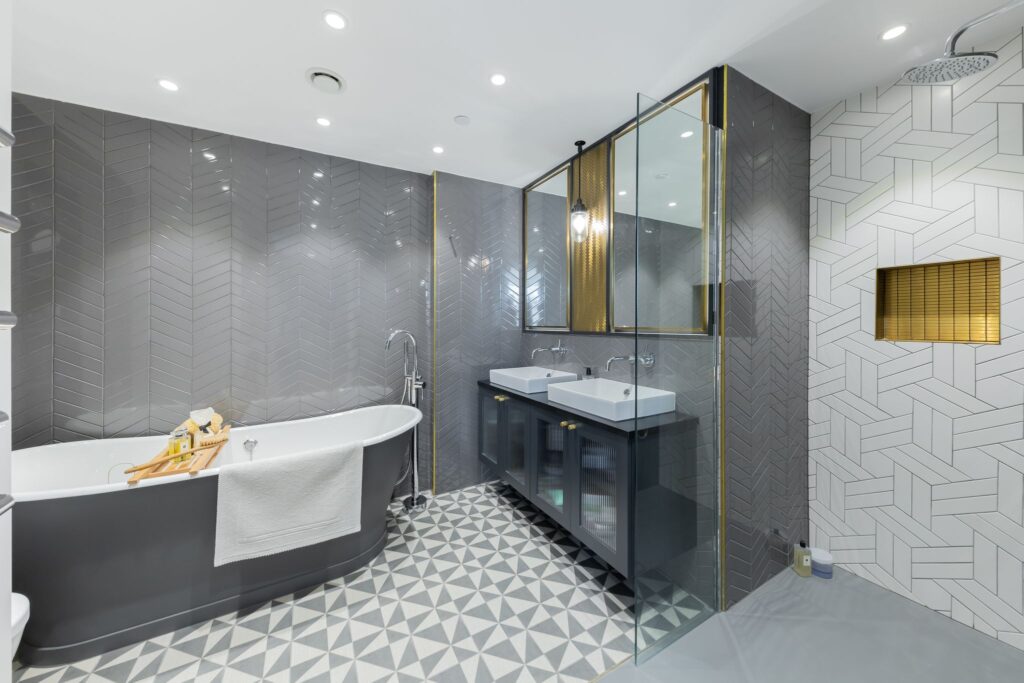 Watch House is extremely well-served for workplaces, restaurants, and entertainment, it’s also near the iconic shopping destination Carnaby Street, which links up with Oxford Street in the north, and is in easy reach of major employers in Westminster and the City. Find Berwick Street market open Monday to Saturday from 8am until 6pm. 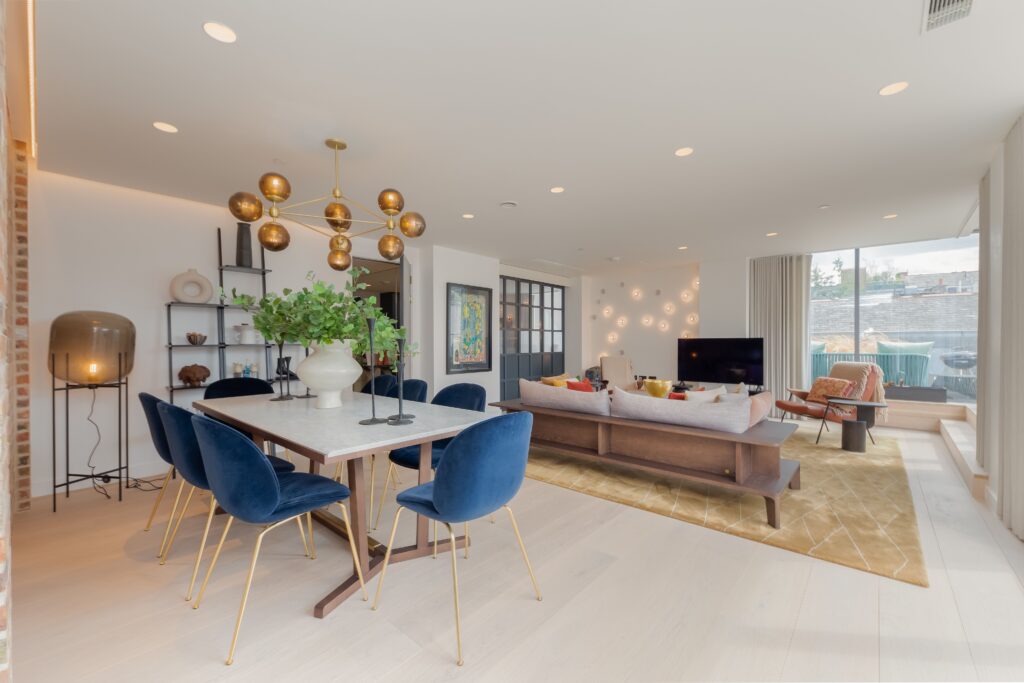 The duplex apartment in Watch House is available for rental at £3,250 per week. For further information please contact DEXTERS Fitzrovia and Covent Garden on Tel: +44 (0)20 7067 2401 / www.dexters.co.uk

Property values fall for the first time in more than year

The latest analysis from specialist property lending experts, Octane Capital, has revealed that the …

Revealed: The areas of the UK which have...

The latest analysis from specialist property lending experts, Octane Capital, has revealed that the nation’s homebuyers are turning to equity release to help combat the cost of living …

With the UK battling high inflation and...

‘No Christmas cheer from the Bank’ as interest...