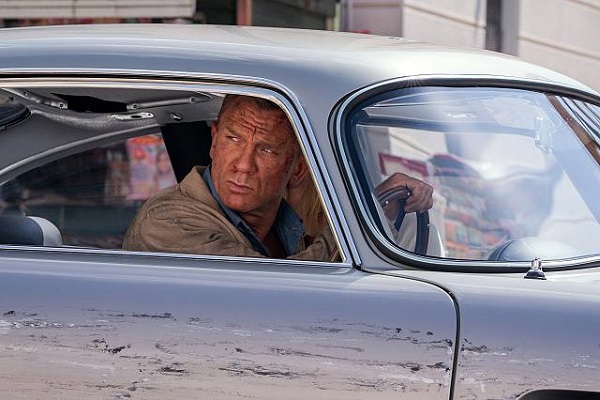 It has a cameo role in the new 2020 James Bond movie ‘No Time To Die’ and now for fans wanting a slice of 007 history it is for sale; the Blue Plaque Whitehall Court penthouse that once formed part of the original London headquarters of the Secret Intelligence Service: M16, headed by Sir Mansfield Smith-Cumming, the inspiration for Bond’s boss “M” is for sale via sole agents (estate agent not secret agents) Beauchamp Estates. Formerly part of the official Whitehall headquarters and pied-a-terre of Sir Mansfield Smith-Cumming, the founder of the Secret Intelligence Service (SIS) M16 (Ian Fleming’s inspiration for Bond’s boss “M”) (1859-1923), the unique 4,144 sqft three bedroom penthouse in Whitehall Court is located over the top three floors of this famous former government property, with the living spaces in the eaves of the building still retaining a unique network of reinforced beams and specially hardened flooring installed by the Secret Services during WW1. As befitting a former lair of M16, this most secret of penthouses is located over the top three floors (8th to 10th) of the building with one of Whitehall Court’s landmark cupolas (11th and 12th levels) providing unique living spaces at the top of the penthouse. On the eighth floor is the main reception room, once offices where Sir Mansfield Smith-Cumming used to brief his 007-like spies and operatives, the living space opens onto a large 53 ft (not demised) roof terrace which provides panoramic Bond-movie style views over Whitehall. Here you can imagine James Bond looking out over the government buildings planning his next secret mission. On the ninth floor of the penthouse is the master bedroom suite, with walk-in dressing room and main bathroom, alongside two other guest bedrooms. The 10th floor contains the kitchen and dining room whilst the cupola has been turned into a two level living space providing a reception room on the lower level and a library on the top floor. The building and penthouse at Whitehall Court has a fascinating history full of spies, intrigues and plots. The grand Portland stone Whitehall Court, located in the heart of the Government’s Whitehall quarter adjacent to the Defence Ministry, was built in 1884-1887 by Jabez Balfour, designed by Thomas Archer and A. Green, providing a combination of luxury apartments and flats used as offices or meeting places. Residents have included William Gladstone, Lord Kitchener and George Bernard Shaw. In 1911 the top floors and eaves of the building became the London headquarters of the Secret Intelligence Service: M16, founded in October 1909 by Sir Mansfield Smith-Cumming, a 50 year old Royal Navy officer. Originally M16 was based in Ashley Mansions in Vauxhall Bridge Road, but by 1911 the growing service needed more space so relocated to Whitehall Court, an ideal location next to the War Office, Admiralty and Foreign Office. Giles Milton in his book Russian Roulette: How British Spies Thwarted Lenin’s Global Plot (2013) writes: “To preserve his anonymity, Smith-Cumming first took a private flat in Ashley Mansions on Vauxhall Bridge Road and moved his SIS operations into this unassuming new headquarters. He would move again into the eaves of an Edwardian mansion building, Whitehall Court. This {flat} was a labyrinthine collection of offices close to the centre of government. Potential agents were led up six flights of stairs before entering a warren of corridors, passageways and mezzanines {in the eaves of the building}.” The penthouse base at Whitehall Court was kept top secret. In his SIS memos (November 1909 and March 1910) Smith-Cummings wrote: “Been here five weeks. Absolutely cut off {in the eaves} from everyone while here and cannot give my address out or be telephoned to under my own name. One of my colleagues asked me if I should object to his moving into a flat next door, but I told him that I thought it would interfere with my privacy {and secrecy} in my own flat and I told him not to go forward with any such scheme.” As the official SIS website explains, so secret was the new headquarters that it even had a bogus address with the Post Office – Messrs Rasen, Falcon Limited (M16 posed as a shipping firm) – with anything sent to this address by M16 operatives forwarded to Smith-Cumming at Whitehall Court. Intelligence reports produced in the penthouse were called CX reports – the name still employed today, and secret memos were written/typed in green ink, a practice which continues to the modern day. Smith-Cummings would sign himself as either “C” or “M” in green ink, Ian Fleming (1908-1964) used Smith-Cummings as the inspiration for James Bond’s boss, taking the code name “’M” for the James Bond novels and movies. During WW1 danger from German bombers and Zeppelins resulted in the eaves of the building being reinforced with a huge network of steel encased timber beams and hardened flooring, to ensure that a bomb hit wouldn’t disrupt M16, this extraordinary security upgrade remains in the penthouse to this day with the beams providing a novel feature within the living spaces. During WW1 M16 spied on the Germans in Belgium, made attacks on the German fleet in harbour and spied on the Bolsheviks in Russia, with M16 identifying the Russian radicals as a ‘threat to British security’. The security services also used the pad as a base for creating gadgets including invisible ink, pens containing poison and bombs disguised as rats. In December 1919 M16 left Whitehall Court and moved its offices to a house on Melbury Road in Holland Park although Smith-Cummings continued to use Whitehall Court as his personal office and official residence up until 1922 when he was forced to leave due to ill health, dying in 1923 at the age of 64. In 1994 MI6 moved to its present headquarters, Vauxhall Cross, which has become world-famous from its appearances in several James Bond films. On 30 March 2015 a Blue Plaque was unveiled on the outside of Whitehall Court referring to Smith-Cummings use as a home and Secret Service office between 1911 and 1922. In a fitting homage to the role of Whitehall Court in the founding of M16 the building has a cameo role in the new 2020 James Bond movie ‘No Time To Die’ with footage of Bond actor Daniel Craig parking the famous silver Aston Martin outside the building, and looking up at the façade, before walking over to the adjacent Defence Ministry. Gary Hersham, Founding Director of Beauchamp Estates said, “Who doesn’t love the excitement and glamour of the Secret Services, spies, gadgets and James Bond. Whitehall Court, with its Blue Plaque denoting the founding home of the British secret service is located in the heart of the government quarter and within it this unique penthouse, located in the eaves of the building, helps to shine a spotlight on the thrilling history of the Secret Service and the 007-style agents.” Jeremy Gee, Managing Director of Beauchamp Estates added, “Priced at just £1,327 per sqft, yet in the heart of London’s Whitehall, this amazing James Bond style lair provides excellent value-for-money, compared to adjacent locations such as Mayfair or Belgravia where a similar penthouse would cost £3,000 to £5,500 per sqft.”