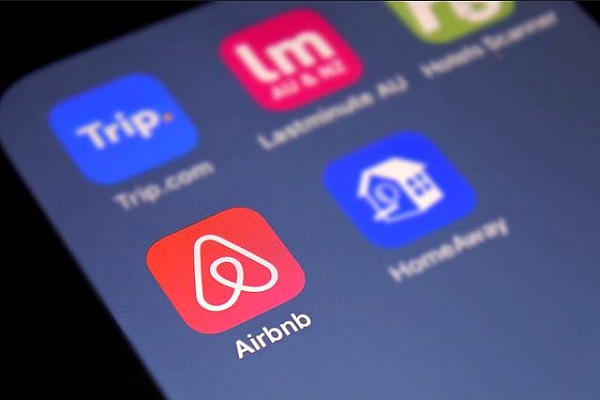 Airbnb’s recent record-breaking debut after its IPO topping $100 billion was a remarkable result during a pandemic that has decimated the travel industry. In one day it leap frogged long established hotels the Marriott and Hilton, which hold market caps of more than $42 billion and $29 billion, respectively.

We have of course seen many huge IPOs for ‘platform’ businesses in the past few years, but in my new book I argue we are witnessing the transition from these types of businesses to a new model. That is  ‘interaction field’ companies. These companies aren’t just facilitating a transaction or exchange like finding a room, but instead building a comprehensive system of shared value creation by many different groups. This is the route Airbnb should take to create a truly long-term sustainable business model.

Platform companies have so excited investors as they have replaced traditional value chain businesses with the strength of their networks. Airbnb, Amazon, Uber and Facebook focus on facilitating transactions with two or more groups of participants: travellers and hosts, buyers and sellers, riders and drivers.

Airbnb made renting out a spare room in your home easy by building a website eleven years ago and in the process created the home-sharing market. It now has 150 million users with more than seven million rooms listed in over 100,000 cities, across 220 countries and regions worldwide.

Airbnb has also realised the tremendous value of its data. Over two million people stay at an Airbnb property each night. This creates more users and usage among hosts and travellers, building its user base and enabling it to collect more data via technology and analytics.

Airbnb also has expanded into additional services such as experiences and transportation. However some of the Airbnb practices have come under the microscope in recent years. Airbnb has been linked to over tourism, rising rents, housing shortages, the destruction of local communities and neighbourhoods.

We are now seeing the dawn of a new type of business, ultimately set to replace platform businesses, namely ‘interaction field’ companies. These companies thrive on the participation in value creation by many different groups: the company itself, its customers, suppliers, partners, and other stakeholders. It also includes entities you might not expect: Competitors, observers, independent researchers, and government agencies.

They organise themselves not just as platforms but a comprehensive network and interlocking system of multiple platforms, ecosystems and multiple participants with a nucleus that powers interaction velocity.

Ant Group is an example. At the core is Alipay, a payment platform that originally enabled the Alibaba marketplaces but evolved into a payment solution for everything, everywhere at supermarkets, kiosks, or gas stations, for nearly a billion consumers. Ant also built a number of financial services platforms, including lending, wealth management and insurance. Ant Group recently became the world’s largest Fintech company at a nearly 300 billion valuation after just six years.

Interaction field companies don’t just benefit the platform owners, they create shared value for everyone, because everything connects, everyone participates and creates value. They solve a broad array of challenges, needs, and the intractable problems of consumers, businesses, and society at large.

As a result they achieve an unstoppable momentum and wild expansion that I call “velocity”. It’s a new form of multidimensional, constantly accelerating, explosive and smart growth. Airbnb has many of the right facets to develop unstoppable velocity but so far it falls short.

How to develop velocity

Second is virality. As people find value in a business offering, they voluntarily become advocates for it, encouraging others to join. Airbnb has succeeded here, creating word of mouth and advocates for its benefits both from hosts and guests.

Thirdly as the company applies human knowledge and artificial intelligence to the data being collected, a learning effect emerges. The product becomes more valuable as it gathers and synthesizes information. However Airbnb has a long way to go in creating learning effects.

For example, Tesla collects more data through sensors and cameras than other manufacturers, enabling machine learning in its autopilot software, which increases driver safety. The more Tesla drivers there are, the smarter the cars become.

As a ‘platform business’, Airbnb thinks mainly about the cut it takes on rentals. It focuses on getting apartments on the platform, and getting travelers to check in. Currently, six new guests check in at an Airbnb every second. It certainly does a brilliant job and the opportunities are huge.

How Airbnb can evolve

However, Airbnb needs to evolve to live up to the high IPO expectations. It needs to transition from a transaction platform with billions of bookings or check-ins for holidays, toward an interaction platform or nucleus powering multiple platforms and services, focused on the way people live.

Today, the trove of data, analytics and technology benefit mostly Airbnb. In the future, Airbnb needs to serve a much larger group of participants, as Ant Group has done in financial services. The expansion into longer-term rentals would be a natural step. Airbnb could also feasibly consider property management services, real estate agency services, financial services or relocation services. This could change the workings of entire industries. Think of a stay at an Airbnb as a temp to perm stay, a way to experience your new home before outright buying it, for example.

If Airbnb thinks of itself as an interaction field company, it could enable the future of how people want to work, travel, and live, and where. In reframing its purpose it could challenge some of the perceptions people currently have on its impact on communities and neighbourhoods. It wouldn’t just solve many of peoples’ current challenges with holidays or home ownership. Airbnb could evolve to solve some of the major issues cities, neighborhoods and tourist destinations, in short our planet, faces today and in the future.

Erich Joachimsthaler is the CEO and founder of Vivaldi, the global business and brand transformation firm. His book The Interaction Field: The Revolutionary New Way to Create Shared Value for Businesses, Customers, and Society is available now.

The top 20 areas feeling the most stamp duty holiday...

The universities seeing the highest rental demand from students

Savers need to act with pace to catch the best...