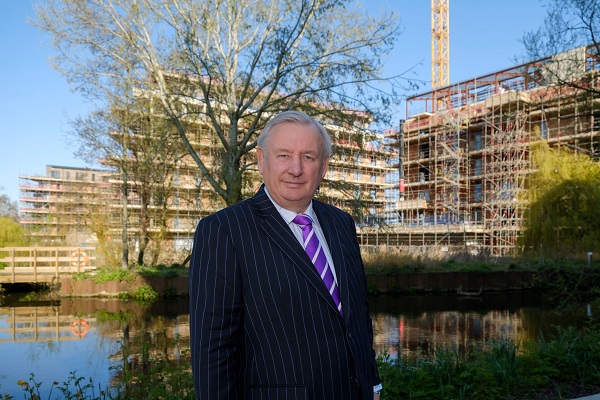 Weston Homes has been informed by Norwich City Council that Robert Jenrick, Secretary of State for Housing, Communities and Local Government, has overturned local democracy and directed the Council to refuse the planning permission for the £271m Anglia Square redevelopment in Norwich City Centre. This is despite a full-blown public inquiry where the Planning Inspector Mr Prentis had recommended to the Secretary of State that he should support the local decision of the Council and uphold the planning consent that the Council provided the scheme back in 2018. Weston Homes is currently taking the highest legal advice available with a view to applying to the High Court asking for a Statutory Review under section 288 of the Town and Country Planning Act 1990 with the aim of getting the Secretary of State’s decision overturned in the High Court. Weston Homes is extremely disappointed in Secretary of State Robert Jenrick’s decision which goes against both the local democratic decision made by the City Council to go ahead with the development as well as the planning inspector’s recommendation to approve the scheme following an extensive and costly public inquiry. The initial proposals were amended to lower the height of the proposed tower, with more amenities added and the public realm enhanced throughout, along with a major upgrade to a section of the City’s cycle network. Bob Weston, Chairman & Chief Executive of Weston Homes told LondonLovesProperty, “We intend to fight Robert Jenrick’s ‘undemocratic and commercially unjustified’ decision in the High Court and seek to get his ruling overturned. The Secretary of State has gone against local democracy and the recommendations of a public inquiry, choosing to side with the NIMBY brigade who would rather see Norwich City Centre die than support a future for the City’s economy.” Weston highlights, “How does our Prime Minister Boris Johnson who is very vocal that housebuilders need to ‘build, build, build’ in order to hit the Government’s housing delivery target of 300,000 homes justify his Housing Ministers’ anti-urban-renewal and anti-housebuilder descision? I thought our PM liked to position himself as ‘Boz-the-Builder’, instead his short-sighted Housing Minister is setting the PM up as the enemy of the housebuilding industry. The message it sends out to all housebuilders is – ‘don’t invest, don’t make planning applications, don’t plan for the future because this Conservative Government doesn’t support housing or the economy.” Weston added, “At a time of extreme economic hardship and Norwich on the edge of a deep recession the Secretary of State has chosen to refuse a massive investment opportunity for the city. The decision also flies-in-the-face of Government policy on housing delivery and encouraging brownfield-land regeneration in order to protect the greenbelt. “Alan Waters, the Leader of Norwich City Council, has already gone on record and said that this overturns local democracy and the extensive public inquiry. The decision also seriously jeopardises the £15 million of government Housing Infrastructure Fund (HIF) money already allocated to accelerate the development of the site. The government is not being co-ordinated, just as one body offers one of the highest levels of HIF funding in the country, the Secretary of State turns the scheme being offered funding away.” Bob Weston concluded, “Weston Homes remains totally committed to Anglia Square. We have invested a huge amount of time and effort to prepare these proposals and we have also continuously listened to comments on the scheme. We substantially revised our plans for Anglia Square in order to respond to feedback provided by the Council, the public, statutory consultees, and local stakeholders. Weston Homes is a highly successful housebuilder of over 30 years standing and we have the track record and financial stature to deliver on our proposals.”