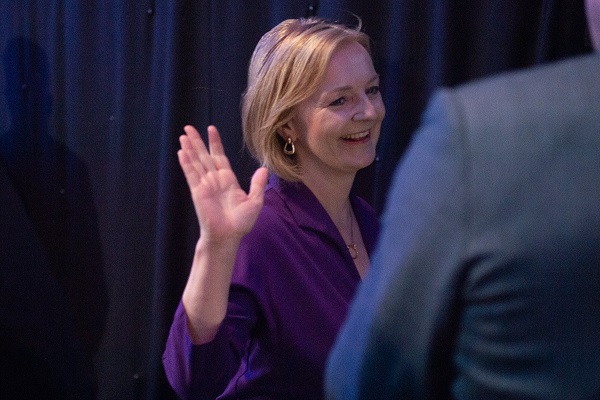 Will the new Prime Minister ‘rip up red tape that’s holding back housebuilding?’

Will Liz Truss the new Prime Minister make radical changes in planning and development? or is this an empty slogan, doomed with failure?

Directors of planning consultancy Boyer and Leaders Romans Group offer some views on the direction in which Liz Truss is likely to take planning policy.

Ananya Banerjee, Director and Head of Design, Boyer, said: “The problem that Liz Truss will face immediately is that she has been voted in by members of the Conservative party, not by the electorate as a whole. So she has two diametrically opposed audiences to appease: the Conservative voters in the shires to whom she owes her success; and the ‘red wall’ in the north and Midlands, the support of which she must gain to retain power at the next election. One set of planning policies will suit one, and one the other: suspension of housing targets, ‘listening to communities’ and the protection of greenfield sites in the south; infrastructure and investment in the north. Balancing the two will be tough.

“Liz Truss is stepping into some very big shoes at a time when many people are crying out for change and the housing crisis is impacting on a wider and wider demographic. She’s clearly aware that housing is, and has always been, a political football but I’m not convinced that she has the solution.

“One potential solution was Robert Jenrick’s proposals (the 2020 Planning White Paper). These were good steps forward, but they failed politically.

“We need something as radical as this – such as the return of the National Infrastructure Committee for an ‘infrastructure first’ approach. We may be in a recession within a year’s time. We need to invest taxpayers’ money in well-thought-out national infrastructure including energy, highways and a better cycling network. My recommendation would be for the NIC to be incorporated within the Department for Levelling up to bring together infrastructure, housing energy and climate change under one roof.

“This could remove the contention element of large-scale planning applications i.e. ‘impact’ from local politics and have answers ready and in delivery mode before opposition groups start to delay matters. This would allow for the Bournevilles and new market towns, creating homes and jobs, responding to the housing crisis quickly and in doing so, providing a new sustainable, green and circular economy for all.”

Grant Leggett, Director and Head of Boyer’s London office, said: “ ‘Rip up red tape that’s holding back housebuilding and give more power to local communities’ – that’s about as big an oxymoron as you’ll read anywhere. 10/10 political-speak. Up there with literally ripping up policy by introducing an NPPF in 2012 but at the same time creating multiple new strictures through Localism. This sound-bite-ism and nothing new. Indeed this sort of rhetoric and the great planning White Paper of 2020 sought to do just this, but was arguably the beginning of the previous PM’s downfall.”

Matt Clarke, Director and Head of Boyer’s Colchester office, said: “Truss’s statement contains an inherent conflict/contradiction that seems unworkable in practice. I would agree that making the process less “political” at the point of making decisions – whether on applications or at a plan-making level – may therefore be the answer, although it would no doubt be seen as a threat to the democratic process.

“In which case the answer has to lie in ensuring that penalties for perverse or delayed decisions or Local Plans are sufficiently robust (others have mentioned the appeals “costs claim” regime, but other sanctions such as removal of planning powers – as with Uttlesford recently – may need to be more readily taken, particularly in Green Belt locations where the application of the “Presumption” is effectively nullified). But making planning less political will not be popular politically.”

Karen Charles, Director and Head of Boyer’s Wokingham office, said: “Liz Truss talks about a ‘landmark policy’ to create new towns, but this is not new: it has formed part of Government policy since the birth of the planning system in the 1940s. The challenge is how to build new communities around new and growing industries. She quite rightly cites Bourneville as an example but businesses are more transient than then, and cannot always be relied upon to deliver a consistent form of employment and the many benefits that stem from this.”

Matt Clarke, Director and Head of Boyer’s Colchester office, said: “There is always going to be a political tension between increased delivery of housing and keeping local communities (whose default position typically seems to be that of NIMBYism) happy. NIMBYism may just be human nature – born out of both fear of change and a desire to protect one’s assets and way of life – but responding to it is one of the biggest vote winners. Ironically I do wonder whether the cost of living crisis may in fact help to tip the balance the other way in terms of the realisation that building more houses may actually assist in reducing house prices, and that to achieve this is going to require some unpopular decisions to be taken.”

Simon Atha, Associate Director in Boyer’s Midlands office, said: “Liz Truss has said that she wants to ‘abolish the top-down, Whitehall-inspired Stalinist housing targets’. Before she was even appointed PM, this was leading to consequential knock-on delays, with local authorities pausing and delaying producing new Local Plans, undermining the Government’s own plan-led system.

“This will ultimately lead to more unplanned speculative-led development that will fail to deliver the associated infrastructure that communities complain about not getting. The new PM must either stick with the current standard methodology or come up with an alternative very quickly to avoid further delay and uncertainty to plan-led delivery.”

Ian Barnett, National Land Director, Leaders Romans Group (LRG) said: “The decision-making process is the slow unpredictable part of the planning system: any sites which have been allocated in an adopted Local Plan and/or benefit from outline planning permissions should not have to go through the planning hurdles that they do currently. For such projects, planning committees are not required. And although communities have a role to play, planning strategy needs to be top-down – a national spatial plan and regional planning. Locally, accommodating development needs to be incentivised, not de-incentivised.”

Would the planning system benefit from communities having more power?

Karen Charles, Director and Head of Boyer’s Wokingham office, said: “The fact Liz Truss has already sat on a planning committee as a councillor could be helpful as she will have seen the planning system in action – good and bad. But giving more power to local communities raises questions. Theoretically, this is good although not new), but a community’s appetite for engagement in the planning system varies across the county and between different types of communities.

“Leafy and prosperous communities where there are high house prices and a good quality of life will use the ‘power’ to resist any new development, whereas a more deprived (and perhaps less educated) community may not see the opportunity that planning has to regenerate those communities. It’s one system and the former (leafy/prosperous communities) will use the system to their advantage while the latter (less prosperous) will fall short. This is not levelling up in any shape or form.”

Grant Leggett, Director and Head of Boyer’s London office, said: “I struggle greatly with the idea that giving communities more power leads to more houses being built. Good community engagement requires involvement by the entire community, rather than those who are bothered to get involved, and tends to prioritise the view of those who are generally those that want to fight development. If that can somehow be unpicked and greater involvement from a wider cross-section of communities then it may help move things along.

“My personal view on How To Fix Planning:

Make it more technocratic and less political by installing professional Commissioners / Inspectors? on Planning Committees (as they do successfully in my native New Zealand) – but I appreciate that’s political kryptonite.

Applicants pay actual and reasonable costs for handling their planning applications to better fund the system (as in New Zealand).
Revamp the appeal Costs system.

Strip out all the stuff that’s been lumped into the planning system that better belongs in other legislation (Part L, Part M, BIAs).

Allow only the biggest applications to be heard by Planning Committees (as in New Zealand).”

Ian Barnett, National Land Director, Leaders Romans Group, said: “Giving communities power has hindered development and led to inappropriately located development. Communities have a role – but planning strategy needs to be top-down – it would benefit from a national spatial plan and a return to regional planning). Locally, there need to be clear incentives for accommodating development.”

Simon Atha, Associate Director in Boyer’s Midlands office said: “I would argue that communities already have a sufficient level of power, it’s how they choose to use it that is the issue. The neighbourhood planning process can work well for areas that wish to proactively guide development within their area but can create issues when NIMBY-led. I’ve seen great examples of where neighbourhood planning has worked well and led to new development being delivered and bad examples of where it’s been used to prevent/stall/frustrate new development with an anti-development approach.”

Is there a better way of giving power to communities?

Simon Atha, Associate Director in Boyer’s Midlands office, said: “Ultimately people only want to get involved in planning when they have something significant to gain or something significant to lose. We see it time and time again at planning committees when a carefully reasoned recommendation for approval gets overturned on a political whim to keep those with the loudest voices happy.

“Whilst I think it’s important that local councillors have the ability to challenge/overturn an officer recommendation if they don’t think it’s right, there should be more stringent penalties, either financially or with councillors having to defend their case directly at appeal to reduce the number of purely political decisions taken. Wishful thinking perhaps.”