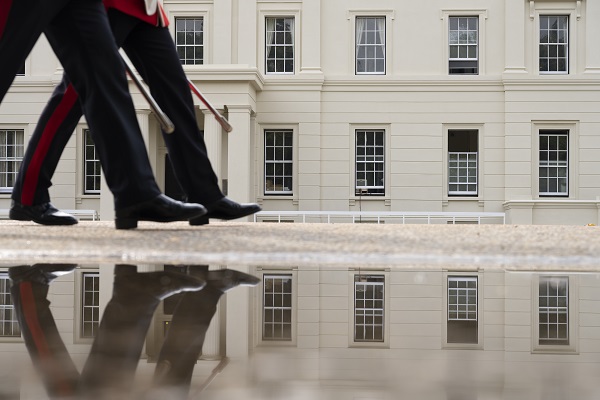 Research by London lettings and estate agent, Benham and Reeves, has found that property values surrounding the nation’s biggest military barracks carry an average house price premium of 9.1% across the UK, with this premium increasing to 46.3% within the capital.

However, it’s homes close to sites of historical military significance that command the highest house price premium, coming in 50.7% more expensive compared to the wider area in which they are located.

Benham and Reeves analysed the property market in postcodes home to a current military barracks, seven of which are located within London, as well as analysing 13 locations of historical military significance and the property price premiums they command.

The research found that outside of the capital, homes within arm’s reach of major military barracks cost an average of £322,844. This is a premium of 9.1% compared to the average price for the wider local authority in which they are located.

However, some current barracks do offer affordability for buyers, nowhere more so than HMNB Devonport in PL2 where homes cost an average of £198,960. This is -12.3% below the wider Plymouth average of £226,858.

As for London, the research shows that house prices surrounding some of the most well-known military garrisons carry a premium of 46.3% compared to the citywide average.

This premium climbs as high as 123.5% for homes near the Hyde Park Barracks in SW7 commanding an average price of almost £1.2m compared to the wider Westminster borough average of £964,079.

However, the capital is home to some relative affordability where some military locations are concerned. In Greenwich’s SE18 postcode, homes surrounding the Royal Artillery Barracks currently command an average of £432,046, -3.4% below the wider borough average of £447,445.

But it’s not just the nation’s current military towns that can attract strong house price premiums in the current market and with the military woven deep into the fabric of the nation, the research by Benham and Reeves also found that sites of historic military significance are also largely home to robust housing markets.

The research shows that, on average, buying a home near to a site of historical military significance will cost £522,466. This is a premium of 77% compared to the wider UK average of £295,903.

The most sought after historic military housing market is Hampshire’s Beaulieu Palace – a large country estate which, during the war, acted as a finishing school for Special Ops agents trained for espionage, sabotage, and reconnaissance across occupied Europe. It’s located in the SO42 postcode area where the average house price is £748,160. This is 77.6% higher than the surrounding Hampshire area where the average house price is currently £421,362.

Chalfont Park House in Buckinghamshire’s SL9 postcode area was used as a home for recovering servicemen during WWII. Today, the average house price in this area is £792,468 which is 61.3% higher than the wider LA average of £491,369.

Significant price premiums are also commanded near The Frythe in Hertfordshire (50.7%); Silvermere Estate, Surrey (32.1%); the Churchill War Rooms, London (15.8%); and the Battle of Britain Bunker in RAF Uxbridge (5.1%).

Despite these huge premiums, there are also some places which offer good affordability for any buyers hoping to secure a home close to an area of historic military significance.

Director of Benham and Reeves, Marc von Grundherr said, “We have a great respect for the military in this country and we remember with pride all of those who have served, and continue to serve, in our armed forces.

The British military really is intertwined within many communities and so it’s no surprise that, for the large part, areas of current or past military significance are in high demand within the property market and command a healthy house price premium.

This is particularly true in London where areas of military significance also lie close to other major landmarks, as well as the residence of the royal family, so the cost of purchasing within the same postcode is particularly high.

Of course, as is always the case with the property market, a good range of diversity means that there are a number of military towns that offer a higher level of housing affordability when compared to their wider areas.

So whether you’re currently serving or simply a military enthusiast, climbing the housing ladder won’t necessarily cost you more.”

Research by London lettings and estate agent, Benham and Reeves, has found that property …