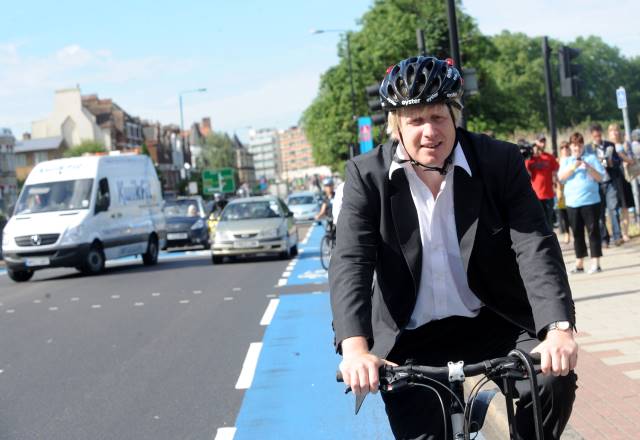 Cycle super high-way house prices kick it up a gear

With the Tour de France over, the streets of London will no doubt see an increase in the number of lycra-clad amateur cyclists taking to its cycle lanes over the summer in an attempt to make it to next year’s event. But research by independent London lettings and sales agent, Benham and Reeves, has looked at the steep cost of taking this training seriously and living along one of the capital’s cycle superhighways, how this compares to the price of property in the wider boroughs they pass through and London as a whole.

It’s common knowledge that close proximity to a tube station can bump up your property price potential but Benham and Reeves analysed property prices of the postcodes along each of the capital’s cycle superhighways and found that on average, properties cost £931,614!

CS2 from Stratford to Aldgate is home to the highest premium when compared to the wider local area. The average cost of property in postcodes along the CS2 route is £889,889, while the average cost across the wider boroughs it passes through (Newham, Tower Hamlets and the City of London) is just £513,968 – a 73.1% difference! This cycle superhighway house price premium is also some 195% higher than the average London house price.

CS3 between Tower Hill and Lancaster Gate is home to the highest house price of all cycle superhighways at £1,464,426. Despite passing through Tower Hamlets, the City of London, Westminster and Kensington and Chelsea, the average cost across these boroughs is still only £848,153, with the cost of living along CS3 72.7% higher and a huge 320% higher than the London average.

CS6 between King’s Cross and Elephant and Castle would set you back £892,442 when buying a property along the route – 35.1% higher than the boroughs it passes through and 195% higher than the London average.

CS7 (Merton to the City) and CS8 (Wandsworth to Westminster) both carry a property price premium of 28.3% and 22.4% respectively when compared to the boroughs the run through.

CS1 between Tottenham and the City of London is the cycle superhighway with the lowest property premium, but with an average house price along the route of £672,119, it’s still some 7.5% higher than the average price of property across Haringey, Hackney, Islington and the City of London, and 147% more expensive than the London average.

Managing Director of Benham and Reeves, Anita Mehra said, “Any easily accessible transport link is going to help increase your property value in London and while cycling in the capital certainly comes with a greater degree of danger, the emergence of these cycle superhighways has helped increase demand, and prices, for properties along these routes.

“Londoners are looking to more green ways of living whether it’s limiting their plastic consumption, changing the cars they drive or the products they buy, and we’re seeing more and more buyers purchase with an environmental conscience within the property market.

“Not only are more environmentally friendly property features proving popular but so are additional means of transport and these cycle routes provide an option to travel in a greener fashion while also attracting like-minded people to the same neighbourhoods.

“Of course, the downside is that property along these routes is now commanding a very high price despite wider market conditions but by searching within the immediate vicinity should present some more affordable options without adding too many miles to your cycle.”