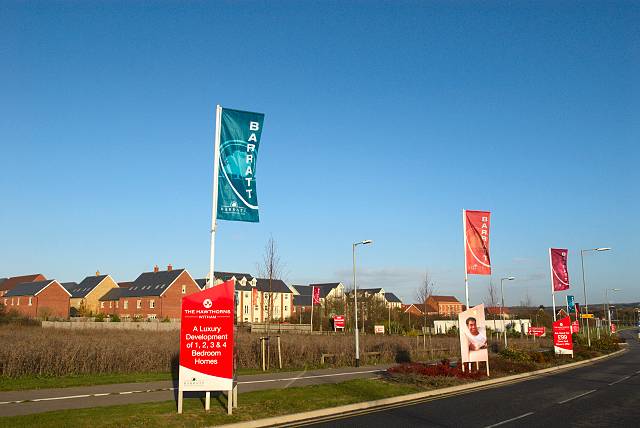 The move comes after the CMA uncovered evidence of potentially unfair terms concerning ground rents in leasehold contracts and potential mis-selling. It is concerned that leasehold homeowners may have been unfairly treated and that buyers may have been misled by developers.

The CMA believed that developers are failing to explain clearly exactly what ground rent is, whether it increases over time, when increases will occur and by how much.

It also says people are being misled about the availability of freehold properties. For example, the CMA found evidence that some people were told properties on an estate would only be sold as leasehold homes, when they were in fact later sold as freeholds to other buyers.

Finally, the CMA raised concerns over developers using unfair sales tactics – such as unnecessarily short deadlines to complete purchases – to secure a deal, meaning people could feel pressured and rushed into buying properties that they may not have purchased had they been given more time.

Possible outcomes of the enforcement action include legal commitments from the companies to change the way they do business, or if necessary, the CMA could take firms to court.

Alongside these issues, the CMA will be looking further into ground rent increases based on the Retail Price Index (RPI) and may take enforcement action if it find evidence of unfair practices. In particular, the CMA is concerned about the fairness of escalating ground rent terms linked to RPI and that these are not always effectively explained by developers when discussing RPI-based ground rent with prospective homeowners.

The CMA is also sending letters to a number of other developers, encouraging them to review their practices to make sure they are treating consumers fairly and complying with the law.

Andrea Coscelli, chief executive of the CMA said, “It is unacceptable for housing developers to mislead or take advantage of homebuyers. That’s why we’ve launched today’s enforcement action.

“Everyone involved in selling leasehold homes should take note: if our investigation demonstrates that there has been mis-selling or unfair contract terms, these will not be tolerated.”

Mark Hayward, chief executive of NAEA Propertymark added, “It’s promising to see the CMA is taking enforcement action against four house builders on the grounds of mis-selling and unfair contract terms in relation to leasehold homes.

“The NAEA Propertymark Leasehold: A Life Sentence? report revealed three in five (62%) leasehold property owners felt they were mis-sold and a further 93% wouldn’t buy another leasehold property. This means that for too long house builders and developers have not been transparent enough about what it means to buy a leasehold property, leaving many in financial difficulty as they have become trapped in confusing contracts with their freeholder.”