Home Property EscapeOverseas Property Watch: Castle Residences in Cyprus are the only apartments in the sea 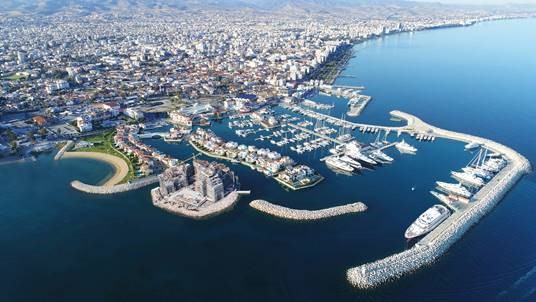 Watch: Castle Residences in Cyprus are the only apartments in the sea

In an unprecedented first for Cyprus, interested buyers are able to visit the region’s most unique cluster of properties on their own private island set in the heart of an award-winning superyacht marina. The first show apartment at Limassol Marina’s highly anticipated Castle Residences is now ready to view offering breath-taking 360° views of the Mediterranean Sea and the picturesque coastal city of Limassol.

Surrounded by water, Castle Residences is the successful marina development’s final phase offering a choice of stylishly designed two, three, four-bedroom apartments and duplexes with covered terraces, uncovered verandas or sundecks. Located within a stone’s throw from the marina’s superyachts and a just few steps and a swim away from its golden sandy beach, the luxury properties are the only ones to be built in the sea in Cyprus.

Nikiforos Pampakas, General Manager at Limassol Marina said, “Accessible by a private bridge, these exclusive spacious apartments are set against a stunning backdrop of azure waters and clear blue skies, embodying an exclusive lifestyle on the sea, mere moments away from the city centre. We are pleased to be in a position to now offer tours around the first show apartment and we welcome interested buyers to come down and take a look at the great views for themselves.”

Castle Residences is the crown jewel of Limassol Marina, which recently received the prestigious ‘5 Gold Anchor Platinum Award’, the highest distinction for exceptional marinas across the globe, providing outstanding customer services and facilities. It became the fifth marina in the world to have received such an esteemed accolade. The award comes only a year after the successful destination also became a Blue Flag marina. Castle Residences is the final phase and is scheduled for delivery in September 2020.