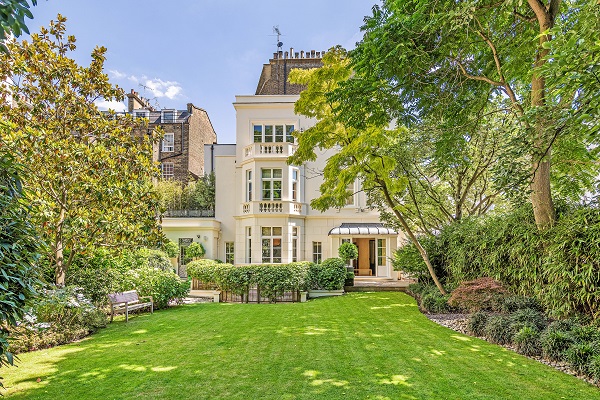 Providing 7,000 sq ft of living space and 1,005 sq ft of balconies and terraces, the magnificent Warwick Lodge, on the corner of London’s Warwick Square, a seven bedroom house, with what is believed to be the largest garden in the Pimlico, originally the family home of Thomas Cubitt, builder of the Grosvenor Estate and ancestor of HRH Camilla, Duchess of Cornwall, is for sale via joint sole selling agents Jackson-Stops and Radstock Property. 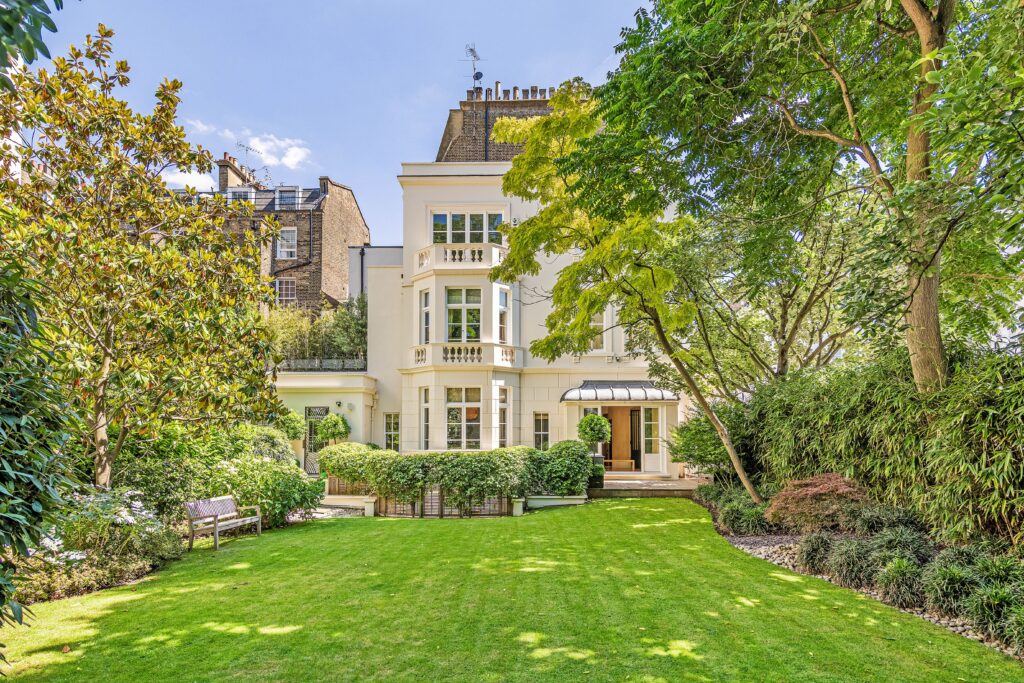 The house has an entrance hall, reception room and family kitchen/breakfast room on the ground floor, all opening onto or offering views over the garden. 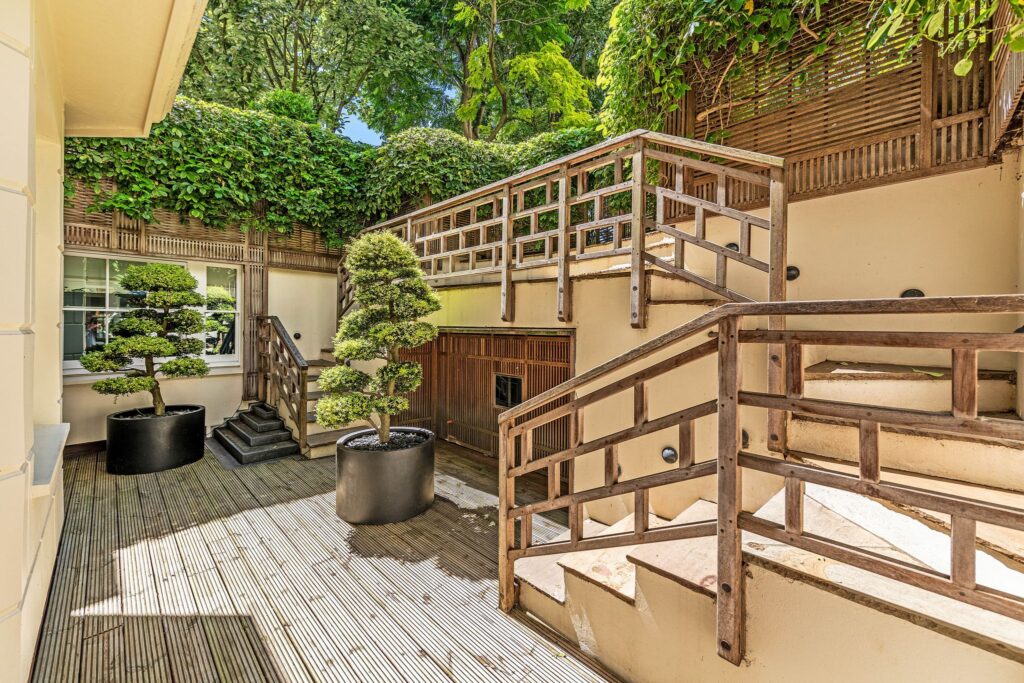 On the first floor is a large drawing room with access onto a roof terrace, and an anteroom with a step out balcony. On its own private level on the top floor is the first of two principal bedroom suites, with a bedroom that overlooks the garden and opens onto a balcony, walk-in dressing room and a bathroom with bath and separate shower.

On the lower ground floor patios enable natural light to cascade into the living spaces. The second principal bedroom suite has a sizeable bedroom, walk-in wardrobe, separate dressing room and a bathroom. 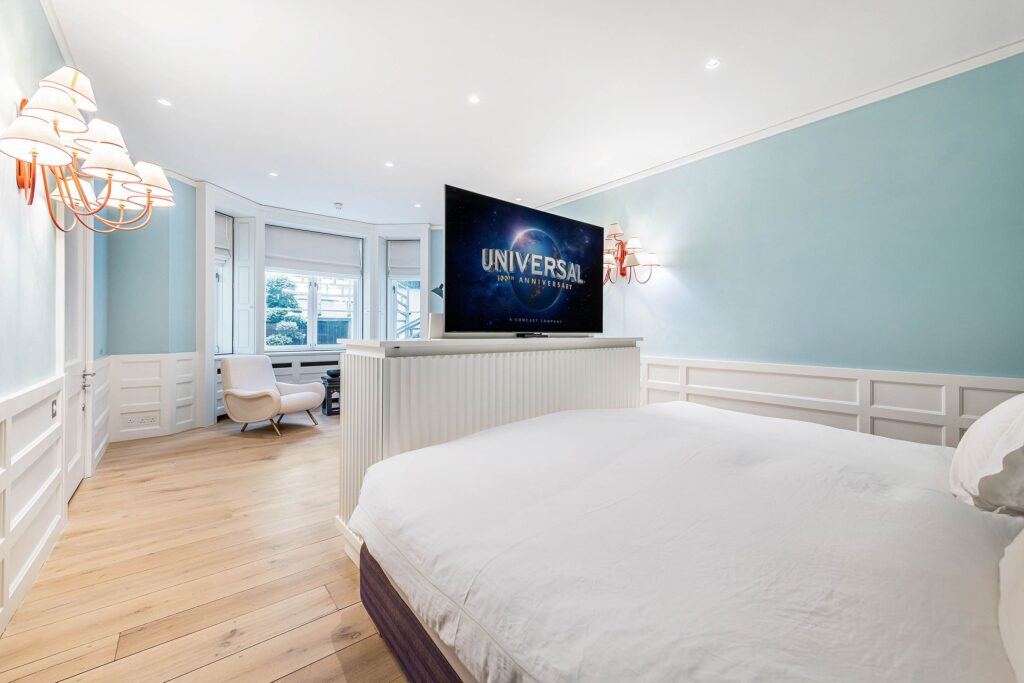 There are four further bedrooms and three bathrooms, a fitness suite with gymnasium, steam room, sauna and bathroom, a TV/media room, a utility room and a self contained studio with its own kitchen, bathroom and separate access (serving as a staff flat or seventh bedroom).

With a history that combines impeccable aristocratic and Royal connections, Warwick Lodge was originally built in 1851 by Andrew Cuthell junior (Thomas Cubitt’s deputy and nephew) as one of three family homes in Warwick Square that were owned and inhabited by the Cubitt family, headed by master builder Thomas Cubitt (1788-1855). HRH Camilla, Duchess of Cornwall, through her mother Rosalind, is a Cubitt, Thomas Cubitt is her great-great-great grandfather. 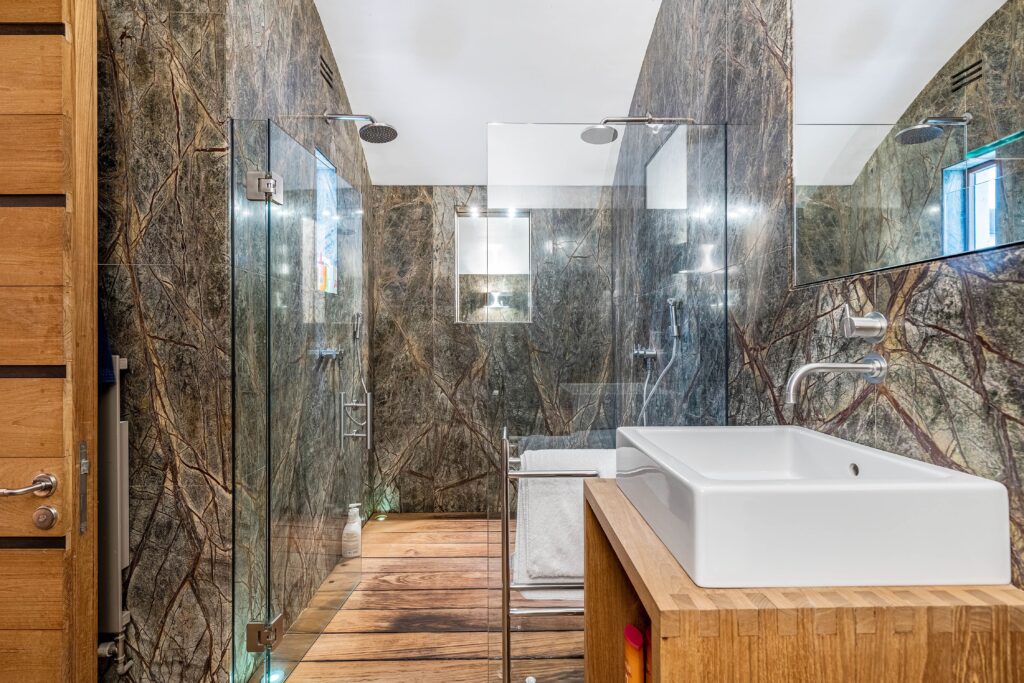 Thomas Cubitt and his wife Mary (1802-1880) married in 1821 and had 12 children, they also raised the two orphaned sons of Thomas’s late sister Mary, Andrew Cuthell Junior and John Cuthell. 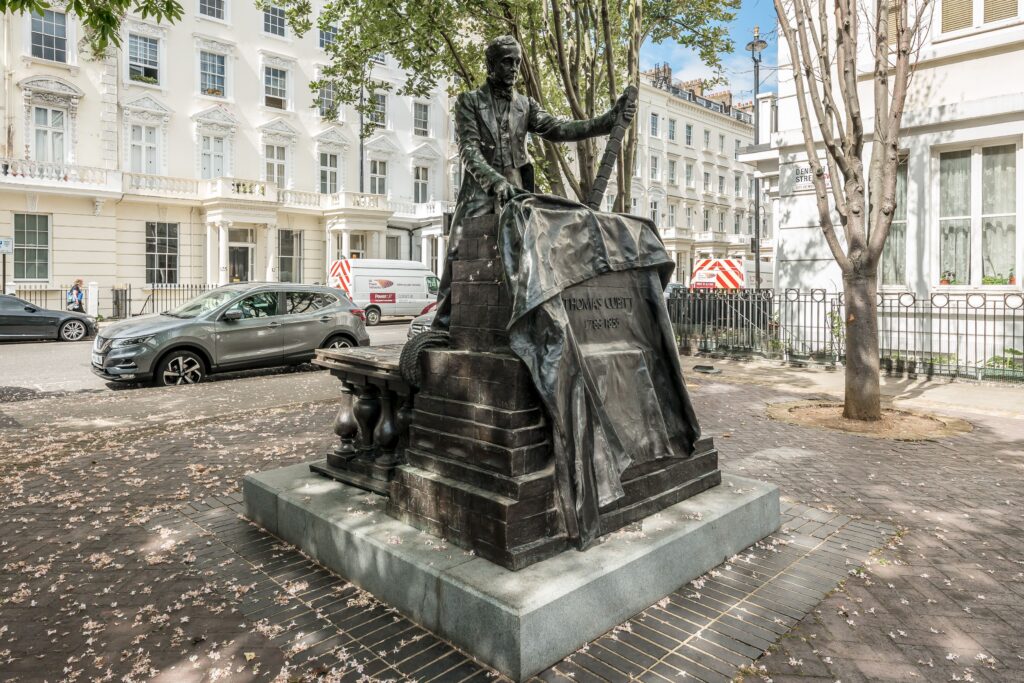 By 1840 the eldest Cubitt children were reaching adulthood, and would soon have families of their own, so from 1843 onwards the Cubitt clan gradually relocated from the original family home in Clapham to three custom built houses in Warwick Square, suitably close to the Cubitt & Co building yard at Grosvenor Dock. 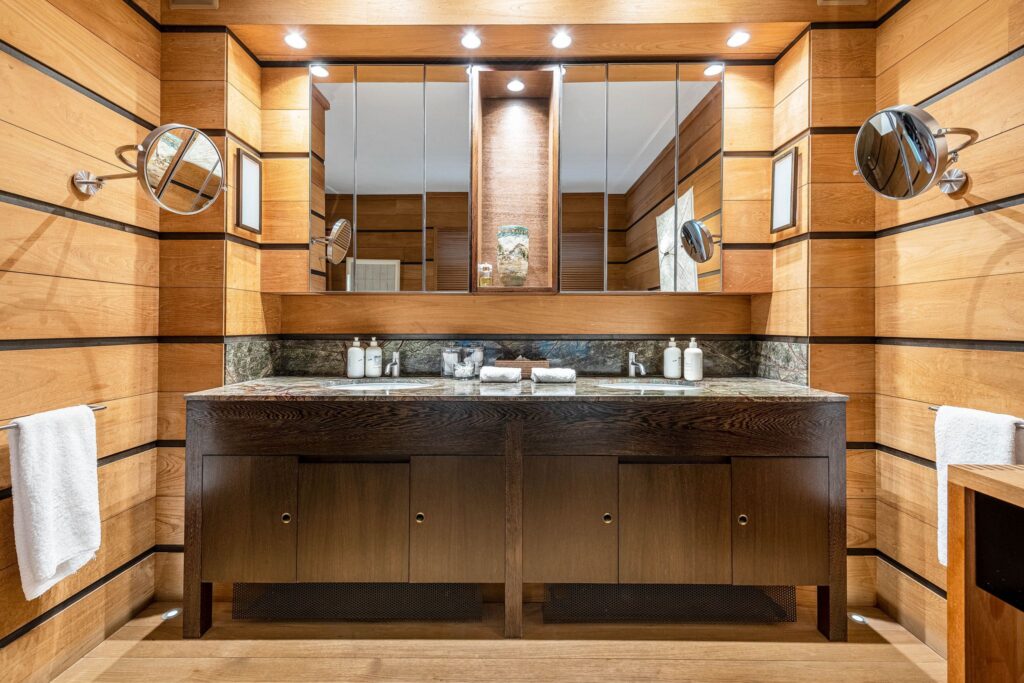 The family had become wealthy from building the Grosvenor estate so at No.66 Warwick Square, on a large double plot, Thomas Cubitt built a mansion that between 1843 to 1930 served as the headquarters of Cubitt & Co, workaholic Thomas also used No.66 as a part-time home, sleeping in a bedroom above his office. Another house at No. 61 Warwick Square served as the home of Thomas’s nephew Andrew, his wife and four children. 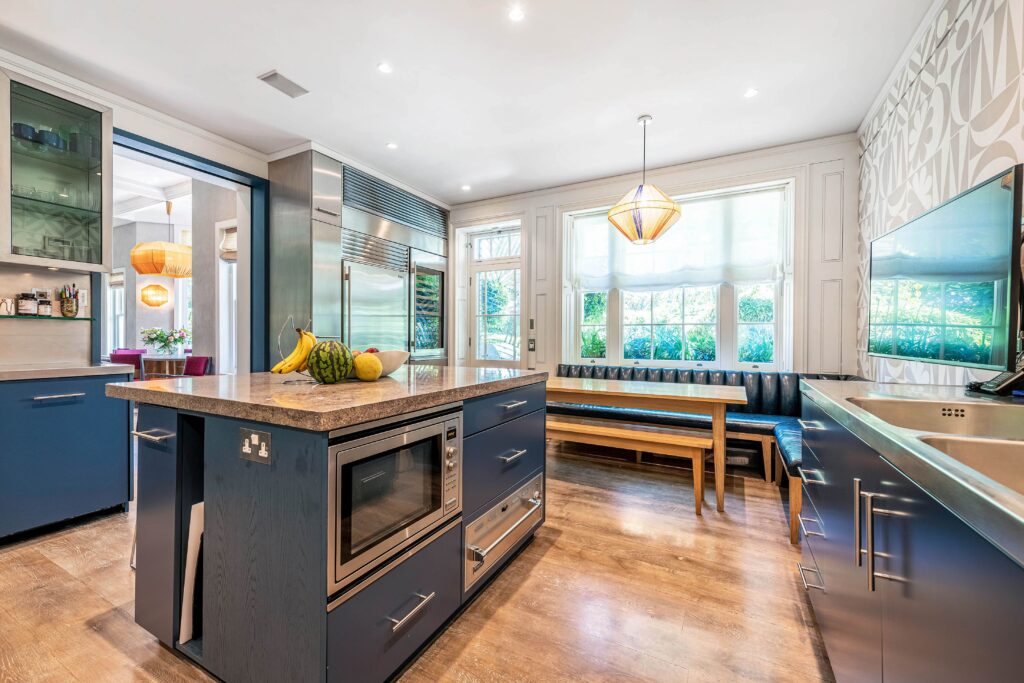 However it was Warwick Lodge which was the Cubitt family’s favoured private retreat. In 1851-52 Thomas and his nephew Andrew worked closely to design the lodge as a beautiful family home for the Cubitt clan using their close relationship with Lord Grosvenor to get permission for the large walled garden, where the younger members of the family played.

Thomas’s wife Mary spent much of her time at their holiday home in Brighton and at the original family home in Clapham (which Thomas had gifted to one of his daughters) so Warwick Lodge became the London home of Thomas’s youngest and favourite daughter Lucy Cubitt (1835-1898). In the summer family gatherings were held in the garden. 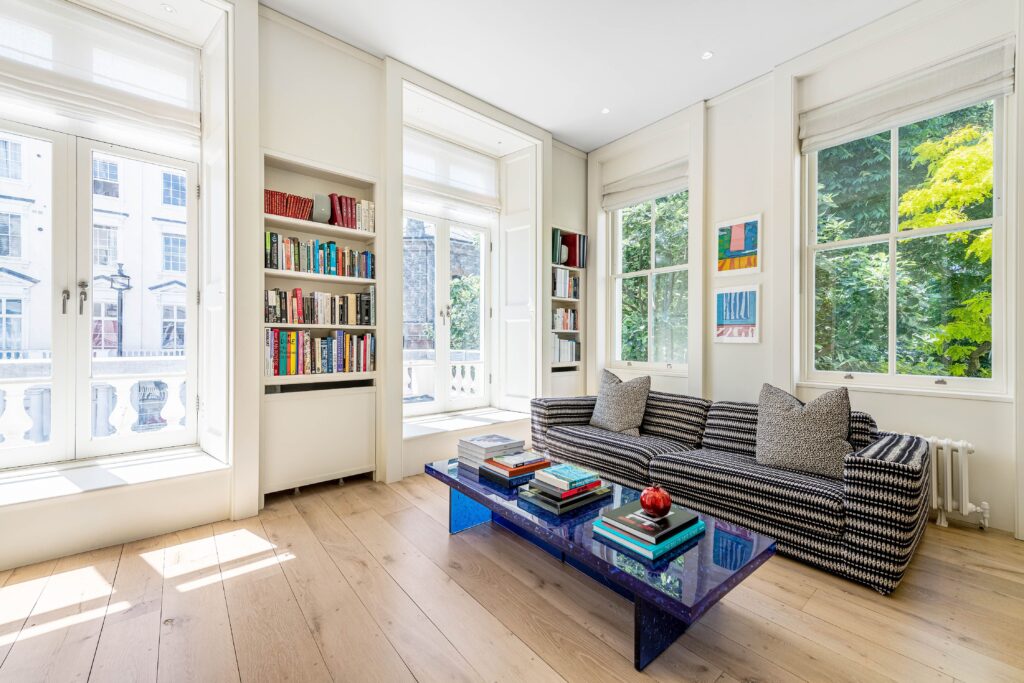 Lucy Cubitt was a schoolteacher, and at Warwick Lodge she raised her orphaned niece Margaret Sophia Bowring, who Lucy treated as a daughter. In 1890 Lucy’s brother William Cubitt (1834-1891) and his wife Frances also moved into Warwick Lodge, the household looked after by eight servants, with Frances living at the lodge until her death in 1919. 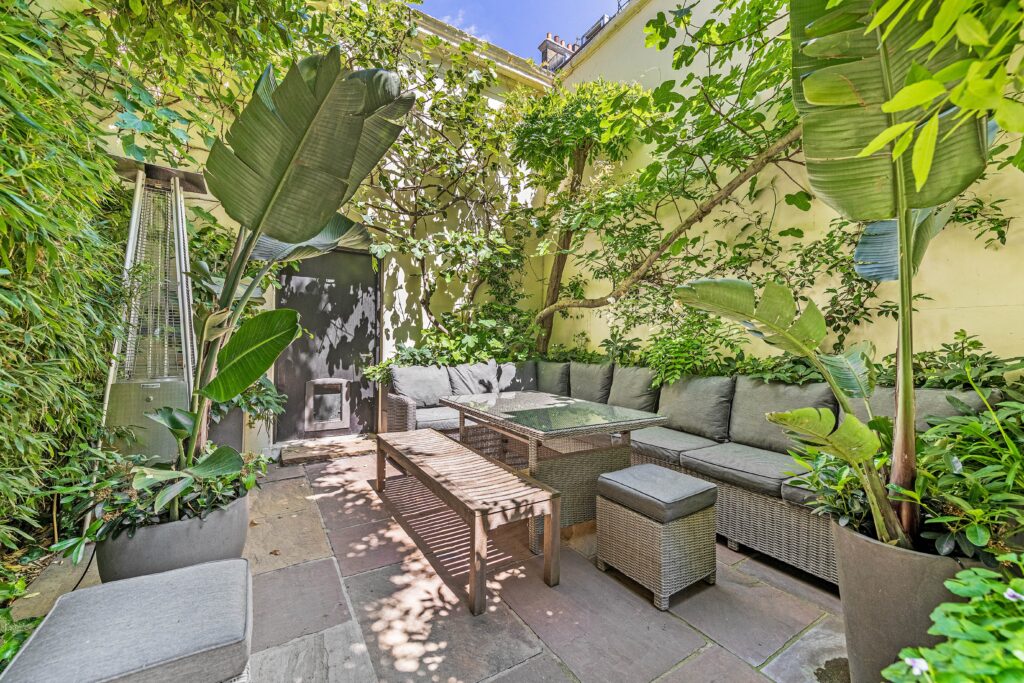 To commemorate Thomas Cubitt’s life and work in Warwick Square a sculpture of Thomas Cubitt by William Fawke, located close to Warwick Lodge at the junction of St George’s Drive and Denbigh Street, was unveiled on 23rd of May 1995 by Gerald Grosvenor, 6th Duke of Westminster, a descendant of Thomas’s patron Robert Grosvenor. 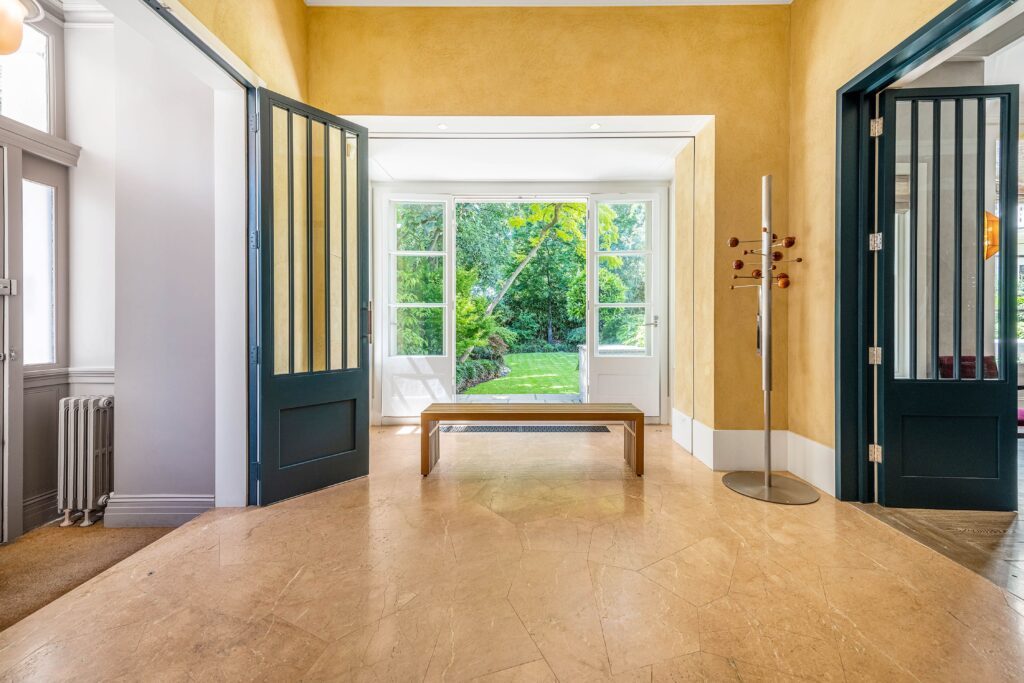 Now Warwick Lodge seeks new owners who like the Cubitt family will enjoy the large garden and benefit from the property’s generously large rooms, the views over the garden and the high ceilings on the principal floors. Due to its corner position the house is flooded with natural light and the rooms have a bright and airy ambience. 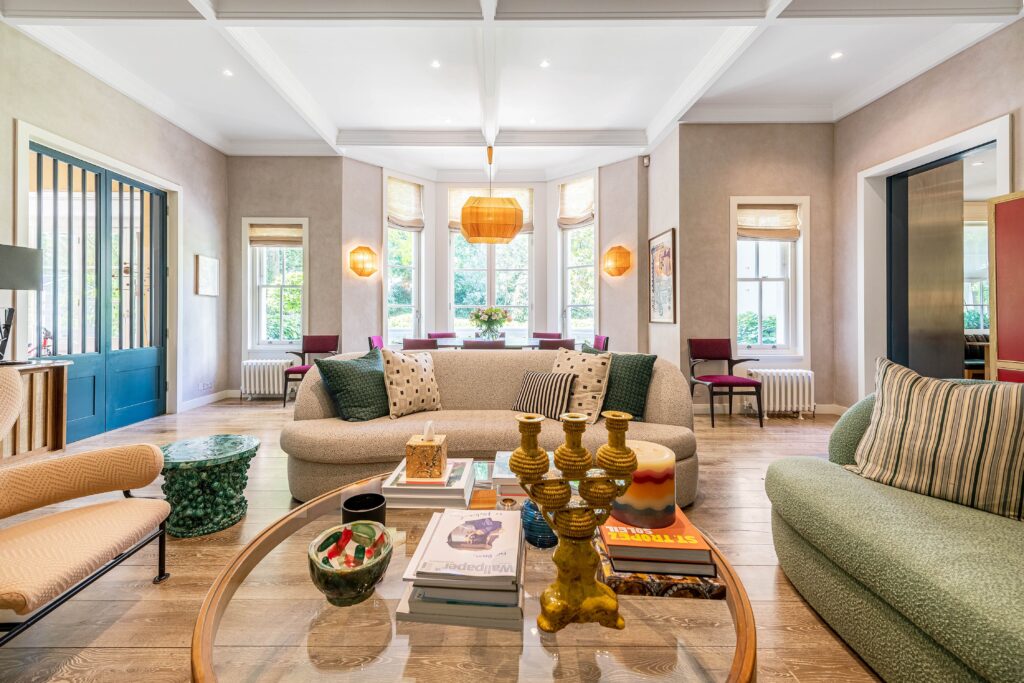 George Franks, Director at Radstock Property said, “Warwick Lodge is an extremely special and unique family house, originally built and personally designed by Thomas Cubitt as a family home for the Cubitt clan. With its tall windows and dual aspect rooms the house is bright and airy, with spectacular views over the large garden, and from the upper floors the central gardens of Warwick Square.

“The setting is like being in the country rather than in the heart of central London. The walled garden is believed to be the largest residential garden in the Pimlico and Buckingham Palace area, only the gardens at Forbes House and Clarence House are larger.” 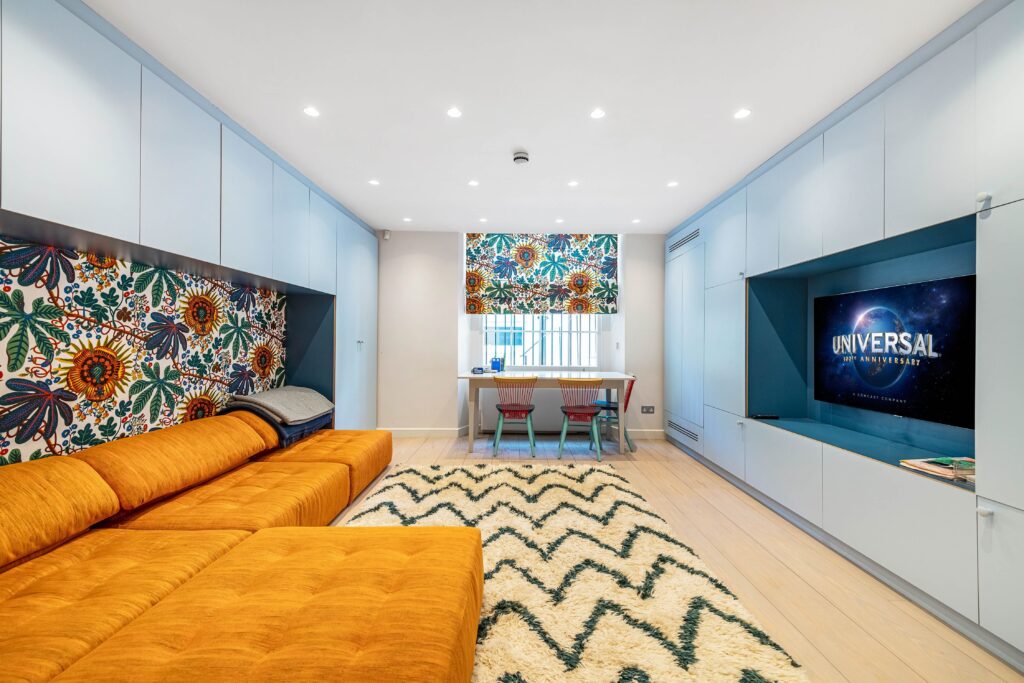 Harry Buchanan, Director of Jackson-Stops (Pimlico & Westminster) added, “For sale on a sought after freehold basis Warwick Lodge is the original lodge for Pimlico that has been fully modernised for contemporary London living. 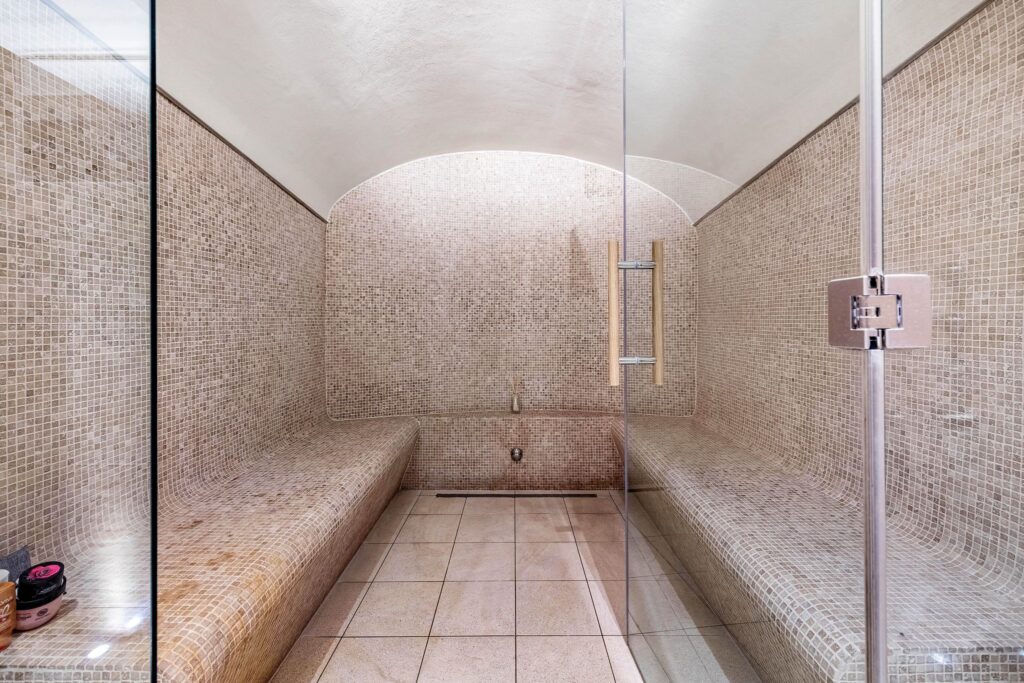 “This is one of the most important houses to come onto the market in the local area for some years yet the price is highly competitive and offers substantial value-for-money compared to an equivalent house of this size and garden in Belgravia or Mayfair. Combining period and modern features this large house offers an abundance of bedrooms, reception and entertaining space. It is perfect for a family and for someone wanting a London residence where they can entertain, work-from-home and enjoy the garden.” 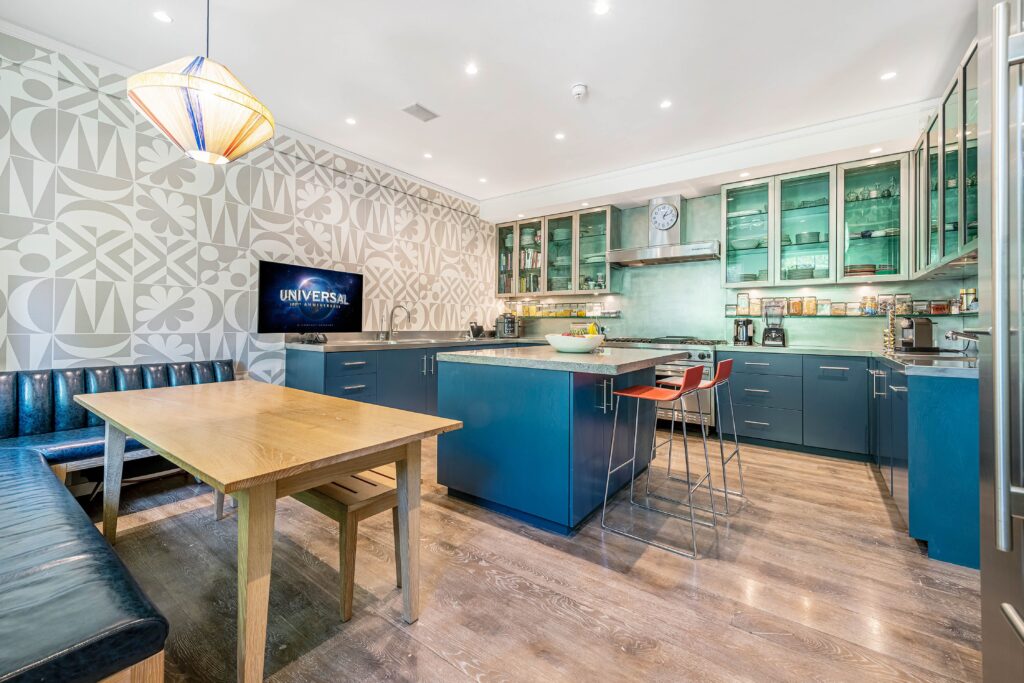 Located on the East side of Warwick Square Warwick Lodge is perfectly located for all the amenities of Pimlico and Belgravia, with the local high streets of Pimlico Road, Warwick Way, Lupus Street and Elizabeth Street all a short walk. 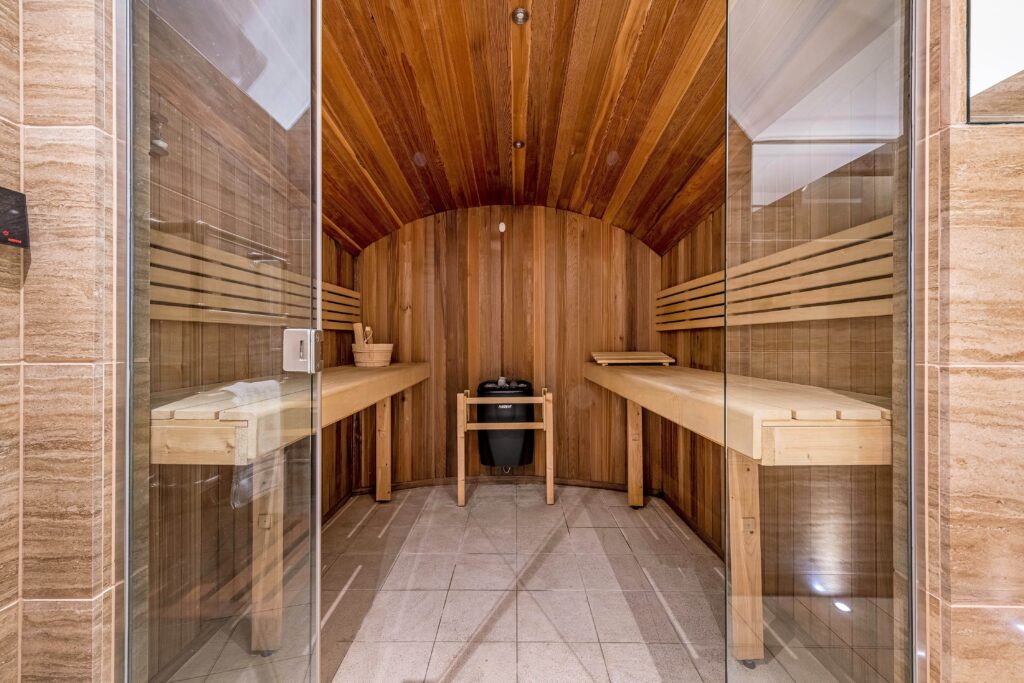 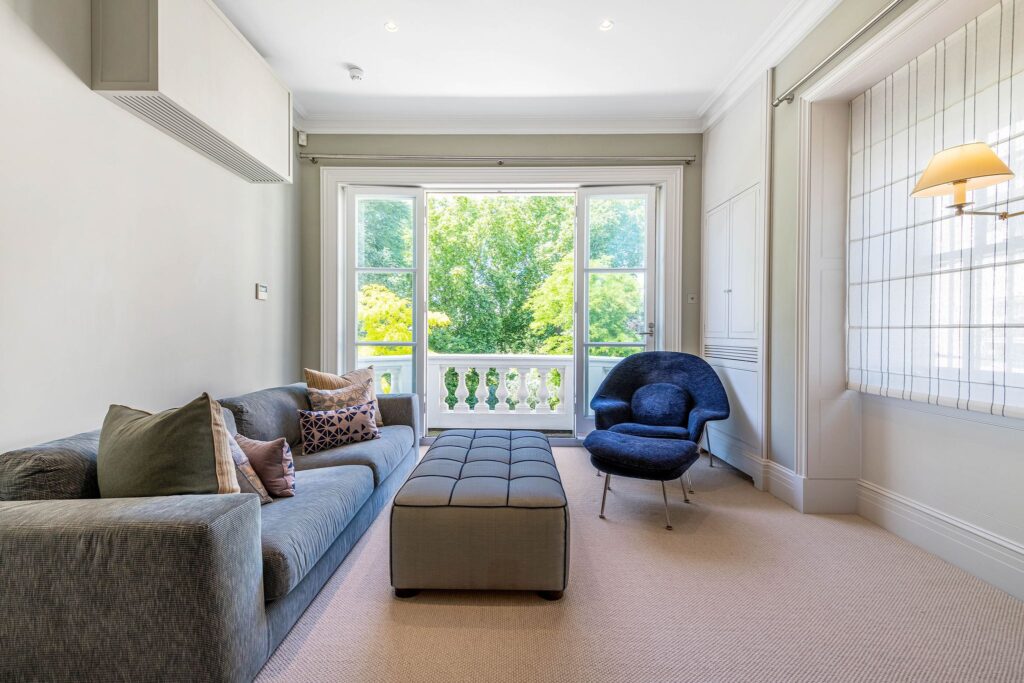