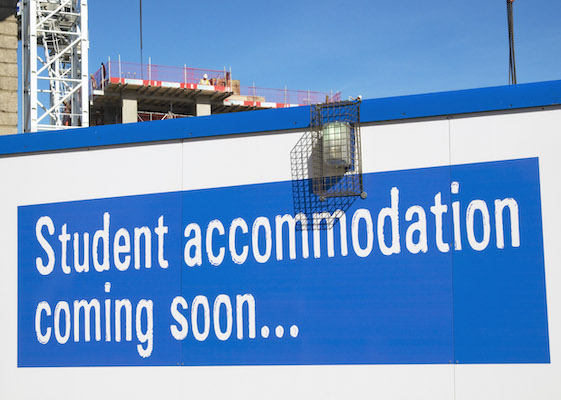 Students stumping up 26% more in rent while at university

Manor Interiors, the expert in build-to-rent furnishing solutions, has found that while the cost of renting for the average student has increased by 8% over the last five years, this climbs to as much as 26% in some regions.

Currently, the average student in Britain pays out £132 per week in rent, although in London, it’s as high as £152 per week – the most expensive of all British regions.

However, when analysing the cost of renting for students over the last five years, the research by Manor Interiors shows that London is one of just two regions to see the cost paid per week actually fall.

Scotland has also seen the cost of renting fall for students, with a -2% decline meaning they now pay an average of £127 per week.

Unfortunately for the nation’s students, this is where the good news stops as every other area of Britain has seen the average level of student rent increase.

The East Midlands has seen the largest increase, with students now paying £129 per week – a 26% increase in just five years.

The North West and Yorkshire and the Humber have also seen student rental costs increase by more than 20% since 2017, up by 23% and 21% respectively.

CEO of Manor Interiors, Farhan Malik, commented: “An extra £11 a week might not seem that significant but every penny counts when you’re a student and over the course of a year, they are now paying a considerably higher price in rent compared to just five years ago.

“The good news is that an increased cost of renting and changes to student financing have not dampened the appetite for university education and we’ve seen a record number of students choose to pursue a degree this year.

“Of course, more students looking to rent a limited level of accommodation is likely to keep rental prices buoyant. Great news for landlords or PBSA providers, but not so great if you’re a student.”