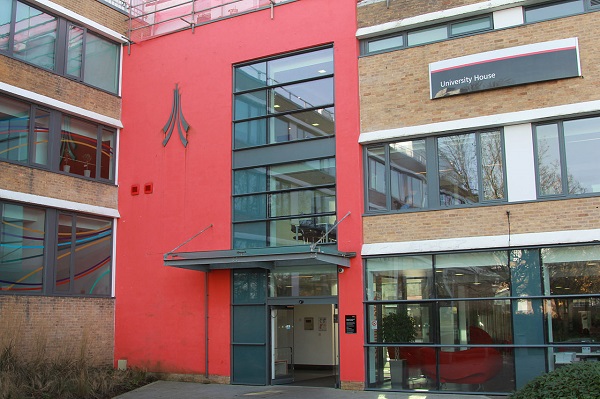 Research by flat-sharing website ideal flatmate has revealed the average rent prices in the areas surrounding the top-ranked universities in the United Kingdom.

Using data from PropertyData, ideal flatmate looked at the average monthly rent for the outcode (first half of the postcode) of the top 50 universities to see where provided the best mix of great students, affordable and not so affordable accommodation, and the highest rental yields for a good return on your investment for UK landlords

The university with the cheapest average rent price surrounding the main campus is Lancaster University, which is also ranked as the seventh-best university in the UK. With an average monthly rent cost of £598, Lancaster is ideal for tenants and is closely followed by the University of Aberdeen, where the average rent per month is £602.

While the University of Lincoln is ranked at the back end of the top 50 for performance at 42, it joins top ten universities Loughborough and Durham in rounding out the best five universities for affordable rental prices for tenants.

The average monthly rent cost around Lincoln comes in at £628, followed by Loughborough at £689 per month, just narrowly ahead of fifth-ranked Durham’s £693.

At the other end of the list is the UK’s fifth-best university, Imperial College London, where the average monthly rent cost surrounding the main campus is a remarkable £4,142, proving incredibly expensive for students in particular.

The London School of Economics and King’s College London are tied as two of the worst universities for tenant rental affordability around the respective campuses, with rent working out at £3,159 per month on average around both universities.

University College London and SOAS University of London are also tied with an average rental cost of £2,431, meaning the top five worst universities for tenant rental affordability are all in London.

Elsewhere, Cambridge – the UK’s top-ranked university – and second-placed Oxford also neighbour each other in the lists of most expensive average rental prices. Rent costs in the surrounding areas of the two universities are among the worst in the country for tenants, with the average rent price around the University of Cambridge working out at £1,491 per month, barely cheaper than the University of Oxford’s £1,495 per month.

High rental costs might be a barrier for students, but they can be a bonus for landlords looking to invest in the buy-to-let market. That said, high rents don’t always mean a good return and despite rental prices surrounding the campus of LSE, King’s, Imperial, SOAS and University College being some of the highest in the UK, they are five of the six worst in terms of yield.

LSE and King’s offer the joint lowest yield at 2.04%, followed by Imperial with 2.52%, while the University of Bristol joins both University College London and SOAS with yields of just 2.94%.

So where is the best university buy-to-let investment?

Edinburgh, Nottingham Trent, Leicester, and Dundee offer the best options in terms of rental yields for UK landlords. All four provide yield upwards of 7%, with Edinburgh on top at 7.77%, while Liverpool follows these investment hotspots with a 6.94% yield.

Tom Gatzen, Co-founder of Ideal Flatmate said, “Although some of the country’s best universities are situated in London, they prove somewhat problematic for tenants and landlords alike with high costs making it hard to rent but also minimising the return on investment for landlords.

“So-called ‘university towns’ like Leeds, Nottingham and Warwick – where such a large percentage of the population are students – tend to be reliable for landlords in terms of yield, as they offer consistent demand and short vacancy periods which provide a consistent income stream.

“As for tenants – especially students – living around some of the very best unis in the UK outside of London is fairly affordable, especially when you consider that they are most likely to be sharing with a number of friends.

“Flat sharing is a great way to cut costs for any student tenant without them having to forsake their first-choice university and it’s also a great way to make new friends for life while setting you up for surviving in the ‘real-life’ rental market once you’ve graduated.”