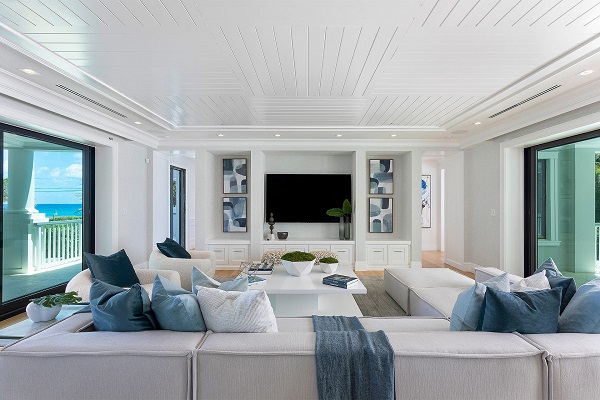 Spotting opportunities will be key to property market success in 2023

An ability to spot an opportunity and communication will be key to combating uncertain economic headwinds in 2023, says the new UK head of elite global property brokerage Nest Seekers International.

As the luxury property brokerage develops ambitious plans for growth next year, UK Managing Director Solly Strickland is sanguine about the prospect of a downturn and believes an agile ability to capitalise on opportunity will be vital in keeping the sector moving.

He says: “Property is cyclical. The market will dip but it will come back again. It is the first rule of real estate – houses always go up in value.

“There is invariably potential somewhere. The key is in spotting the opportunity and being quick-footed enough to act on it.”

An early pioneer of the loft-style conversions that are so much a part of our post-industrial landscapes today, Solly is known for spotting a new way of doing things. Frustrated by the traditional ‘old school’ style of estate agencies in the 1990s, he established independent agencies and, with the onset of the tech boom, was quick to adopt online marketing which overtook the traditional printed advertising of the time.

For him, Nest Seekers offers the perfect platform from which to shake up the industry. “I was attracted to Nest Seekers because it is disruptive, modern and gives anyone the chance to make it,” he says. “That is all the more true – and particularly valuable – in a downturn.”

A change in economic fortunes brings new emerging trends, he says: “In the London luxury market, nobody wants to renovate or refurbish at the moment so it’s a great time to list turnkey properties. The UK needs to embrace staging properties for maximum return – put the effort into giving every listing the movie star makeover.

“We are also seeing a lot of international interest in London, particularly in the prime locations of Mayfair, Regent’s Park and Marylebone. This is principally from America but there are a lot of French buyers in the market as well. We will continue to bridge the gaps between foreign markets through fast-paced communication systems in this increasingly digital age.”

Solly runs the Nest Seekers Academy alongside Daniel McPeake, Managing Director of Nest Seekers in Europe, through which the firm’s leadership teach, coach and pave the way for aspiring agents forging their careers in the world’s most desirable real estate markets.

It is highly competitive, with more than 120 applications for a handful of places on their January programme, and they plan to expand it next year. Solly says: “We have seen a massive rise in applications – there is a definite upshift in the number of people wanting to get into real estate.”

Solly’s most important message for the Nest Seekers UK team as they look forward to 2023 is that his door is always open. He says: “Communication is our hardest challenge but ours is a business built on partnerships and people and communication is key to our success, both for individuals and the wider firm. Keep talking. I am always here.”

Solly took over as Managing Director this year. Looking back over his career, in which he has sold some of London’s most famous urban and city apartments, he says: “I’m most proud of being able to help some of my musical heroes buy great homes without anybody knowing about it.”

Daniel says: “We are going through a period of intense growth and multiple promotions at Nest Seekers especially in the UK and we are also becoming more involved in UK mainstream media with the launch of new BBC 2 series Crazy Rich Agents, expected to air early next year, and further afield with the unveiling of our Portugal head office.

“Solly has a reputation for discretion and loyalty and has enjoyed enormous success running his business based on a fantastic network of referrals and private sales. His style embodies the extra something we look for in Nest Seekers agents. He is well placed to lead and mentor the growing UK team and we look forward to seeing the results.”