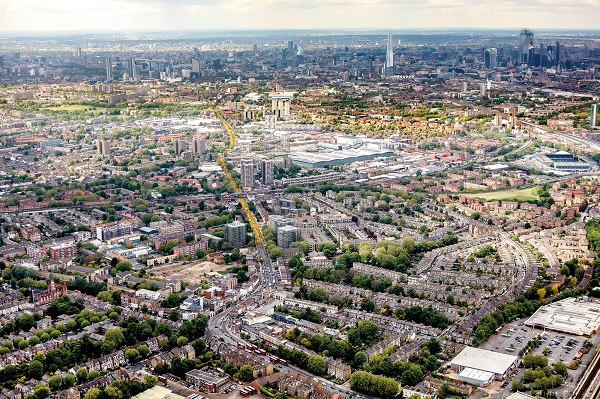 Leading south London estate agent KALMARs are pleased to announce that they have acquired a new office at 366 Old Kent Road in London SE1 which will operate alongside KALMARs existing head office at 2 Shad Thames; part of a strategic expansion plan to create a network of five London offices within the next 5 to 7-years. New Kalmars office, Old Kent RoadThe new KALMARs office on Old Kent Road will provide 1,100 sqft of space and is set within an attractive Victorian parade, at the heart of this exciting regeneration area. The new office will be primarily for KALMARs residential sales and new homes operations and will be headed by Marc Faure, Head of New Homes, and Sebastian Kalmar, Residential Sales Director.

The office at 2 Shad Thames will continue to operate as KALMARs head office, led by Managing Director Richard Kalmar, and serve as the main base for the company’s thriving commercial division. Locations being reviewed for the other three offices are key south London destinations.

KALMARs decided to open a new office in the heart of the Old Kent Road regeneration area because as KALMARs recently published Old Kent Road Report shows the locality is undergoing a £10.7 billion transformation. Tired low-rise retail warehouses and factories are being replaced by new apartment buildings and mixed-use developments, providing 20,000 new homes and workspace for 10,000 new jobs, creating a new town centre for London.

As the Report reveals new homes developments on Old Kent Road can command values of £700 to £800 per sqft, advantageous pricing for potential buyers, making sites in the locality highly appealing to developers. KALMARs have already sold/acquired 17 acres in the district on behalf of clients and are currently advising many of the leading developers and housing associations within the area. KALMARs are particularly pleased to be helping the regeneration in an area in which they have had a long involvement and are great believers in its future.

KALMARs was established in 1967 by Michael Kalmar with offices on Gresham Street EC2. In 1977 Richard Kalmar joined his father, Michael, who retired in 2003. In 2012 Richard’s son, Sebastian Kalmar joined the business and is now the Residential Sales Director, working alongside Richard who continues to run and expand the business.

Having been trading over three generations and 52 years, this is not the first time KALMARs have had the vision to move to and help in the creation of an emerging area.  In the 1960s KALMARs acquired a coal merchants office in Walton Street, Chelsea, then a scruffy back road, and played a role in the transformation of this now ultra-prime address.

During the 1970s KALMARs moved into Blackfriars, acting as agents in south London, a role the business has continued to the present day. In the 1980s KALMARs sold the Walton Street offices and acquired Jamaica Wharf in Shad Thames where, following the closure of the docks, there were many challenges and opportunities.

The company converted the Victorian Wharf building into eight offices, retaining one for their own purposes at 2 Shad Thames.  Shad Thames is now a popular and fashionable street, reputed to have more managing directors living there than any other street in London. Now KALMARs are again leading the trend in buying premises in Old Kent Road before any other estate agent and forecast that Old Kent Road will undergo a Shad Thames style makeover. “Our boards are all over the local area giving KALMARs unrivalled brand presence in the marketplace. With our sister offices on Shad Thames and Old Kent Road we are looking forward to continuing the work we have done to help improve the Old Kent Road area and will continue to take an integrated approach for the benefit of both of new and existing occupiers.”