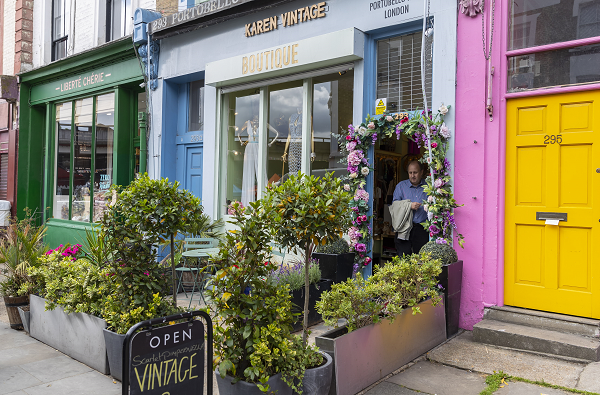 London’s royal boroughs continue to command a property price premium in a somewhat lethargic London market, but research by London lettings and estate agent, Benham and Reeves, has found that this gap is closing as they trail the rest of the capital where house price appreciation is concerned.

Benham and Reeves analysed house price data across London’s three royal boroughs, Kensington and Chelsea, Kingston and Greenwich and how they have performed over the last five years.

The research shows that the current average cost of purchasing a property in a royal borough is £705,709, a 32.4% property price premium when compared to the average cost of £533,060 across the rest of the London market.

However, while a royal title may command a higher price, this premium has reduced by 9.9% in the last five years as house price growth across royal boroughs has stuttered.

Over the last five years, the average house price across London’s three royal boroughs has fallen by -1.4% – an average annual decline of -0.1% per year.

This has been largely driven by Kensington and Chelsea where values have dropped -5.7%. Across Kingston and Greenwich house prices have shown positive movement since 2016 at 3.9% and 6.3% respectively.

However, both trail the overall London average (1.3%) and remain some way off the pace of 15% to 20% set by the top five best performing boroughs.

Across the London boroughs that don’t hold a royal title, house prices have climbed by 5.9% since 2016 – an average increase of 1.2% per year.

Director of Benham and Reeves, Marc von Grundherr, commented: “London’s royal boroughs naturally command a house price premium and while this has reduced over the last five years, a property within a royal borough will still set you back 32% more on average.

But that doesn’t make them unobtainable for the average London homebuyer. In fact, while Kensington and Chelsea may take the crown as London’s most expensive pocket of the property market, the average cost of buying in Greenwich actually comes in below the wider London average.

So while securing a royal title for yourself is highly unlikely, buyers at all rungs of the London property ladder can at least claim one for their property if they should so wish.”