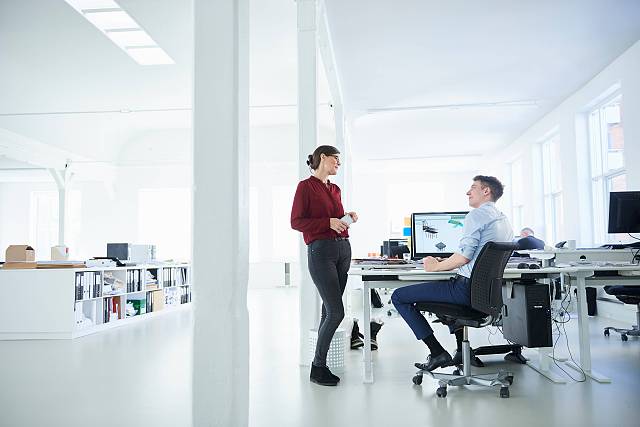 In the first week of government restrictions, the number of new prospective tenants registering in London and the Home Counties fell 59% compared to the five-year average. In the week ending 18 April, the decline was 28%.

“In the early stages of the lockdown people froze,” said Jon Reynolds, head of lettings for the City and East region of London at Knight Frank. “That has changed as time has gone on. People now know whether they’ve been furloughed or not and some are starting to plan for life after the lockdown.”

The number of web views for rental properties has also increased in recent weeks. In the week ended 4 April, the figure was 1% higher than the five-year average. By the week ending 18 April, the increase was 10%.

Lettings transactions are quicker, involve smaller financial commitments and are established for fixed periods of time, which means demand typically responds more swiftly to change than it does in the sales market.

“The lettings market can turn on a sixpence,” said David Mumby, head of central London lettings at Knight Frank. “It is the most nimble area of the UK housing market and we trade by the day with a product that can come on or off the market. Small variations in currency or tax policy can produce sudden changes in demand and the infrastructure is now in place that means we can move people quickly.”

However, falling demand in the sales market has also become less marked as the lockdown has gone on. In the first week of government restrictions, the number of new prospective buyers in London was 75% below its five-year average. By the week ending 18 April, this decline was 57%.

Despite the fact demand has started to reawaken, the number of tenants renewing lettings contracts is rising, as people opt to stay put given the global uncertainty.

The number of tenancy renewals agreed since lockdown measures were introduced is 15% higher than the equivalent period last year and the highest figure in 10 years. The renewal agreements relate to tenancies that are due to end in May and June.

“While demand is rekindling, more people are also opting to go with the status quo, particularly if there is no pressing need to move,” said Gary Hall, head of lettings at Knight Frank.