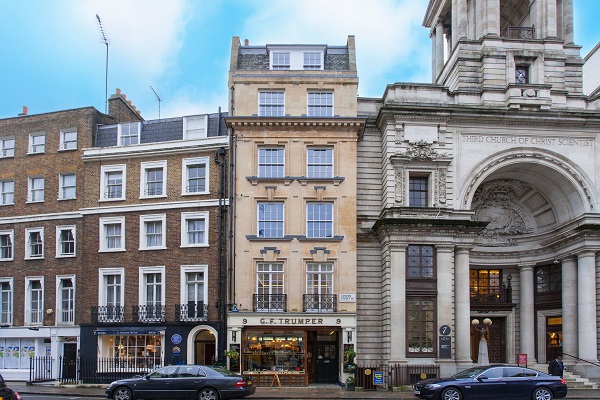 The latest data from Knight Frank shows that as of 5 May 2020, the total potential spend for all residential buyers registered with Knight Frank in London was £52 billion. That compares to £43.5 billion on the same day in 2019, representing a 20% increase.

The data also shows that the number of lost sales in London due to Coronavirus is increasing. While one in five deals underway when the pandemic struck are still progressing, transaction numbers in the week ending 2 May were 54% below their five-year average. However, a secondary trend is that more buyers are starting to prepare for life after the lockdown. The equivalent drop in exchanges in the first week of lockdown (week ending 28 March) was 74%.

Meanwhile, the number of web hits for sales properties in London was 12% below the five-year average in the week ending 2 May. That compares to a 42% decline in the first week of lockdown.

Furthermore, while the number of new buyers registering was down 60% in the week ending 2 May, the number of new properties placed on the market was down by 74%. In the four-week period to 2 May, supply fell by more than demand each week, a trend that will act as a brake on price declines.

“That said, the difference between asking prices and exchange prices is widening” according to Tom Bill, Head of London Residential Research at Knight Frank. “In April 2020, the average sale price was 94% of the original asking price, down from 97% in January, which was a time when the effects of the so-called Boris bounce started to take hold. This reflects the ad hoc renegotiations that are taking place between buyers and sellers, which are not based on comparable evidence.”