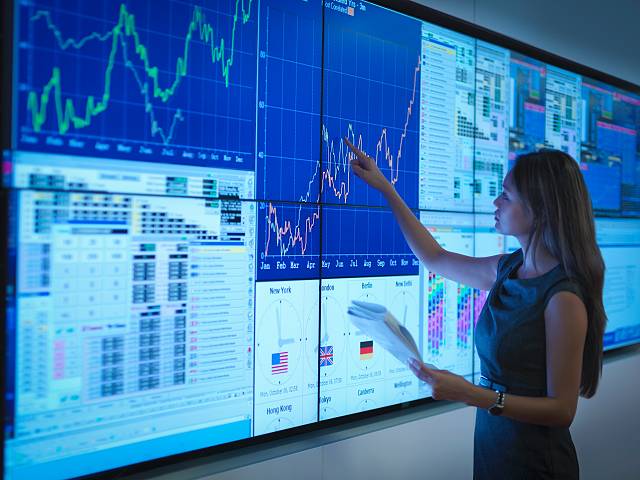 Online estate agents Purplebricks have seen their shares tumble more than 30% after the company announced a revenue warning.

The estate agent revised down their guidance for the financial year for 2019, between £130m and £140m, although their initial forecast range was £165m to £175m.

The company cited challenges in Australia and US businesses.

Lee Wainwright chief executive of the company has announced he is to leave after two years due to “personal reasons.”

Eric Eckardt, chief executive of the US business has also announced he is to leave the company, Michael Bruce the group’s chief executive and co-founder will take over his responsibilities.

Bruce said, “Although there are macro and industry headwinds across markets, we are well placed to capitalise on the significant opportunity for growth that exists in each country, albeit not entirely as we would have wanted before our year end.

“The UK is leading the way with continued profitable growth and a strategy to deliver greater success.

“I am also excited to be taking the reins of the US business. The team in Australia are building on the changes they implemented late last year, and Canada is delivering on plan and expectations.

“The board remains confident of the long-term growth potential of the business and the opportunity to deliver substantial value for shareholders.”

Despite Brexit and a challenging housing market in the UK, Purplebricks core business is expected to report a 15% to 20% hike in revenue.

In December 2015, the Guardian reported that Purplebricks was set for flotation, and would début on London’s Alternative Investment Market (AIM) on 17 December, with an anticipated valuation of £240m

Their UK profit had risen to £5.7m in the first half of the 2019 financial reporting period.

The company was founded in 2012 by Michael Bruce and Kenny Bruce, the online estate agents was backed by investors that included, venture capital firm DN Capital as well as Neil Woodford, Paul Pindar, and Errol Damelin.