Home Residential PropertyLuxury Property London’s ultimate ‘student pad’ on the market for only £895,000 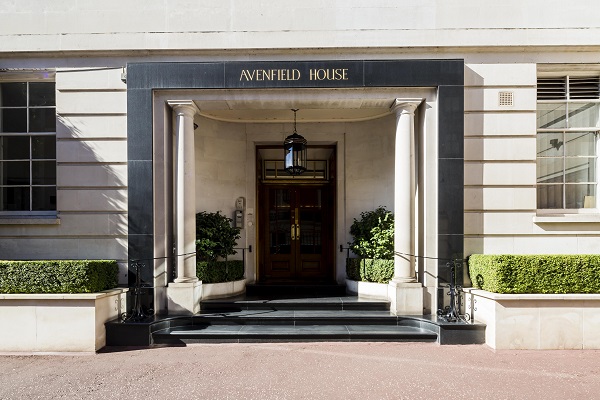 Situated in prime position and close to London’s top Universities, 12 Avenfield House is a mere 11-minute drive from the University of Westminster, an 18-minute drive from Kings College London and an 18-minute drive from Regents Park University, with good public transport links also within walking distance. The Park Lane apartment will offer not only an ideal future investment opportunity due to its renowned address, but also the safety of living in Mayfair, a significant factor for parents searching for a home for their studying children.

Avenfield House was built in 1959-1961, to the designs of Irish architects Herbert Willis and William Kaula. The mansion block replaces seven separate homes, some of which were badly bombed during the Second World War. Herbert Willis and William Kaula formed an architectural partnership in London from 1914 until 1938 and were involved in several architectural masterpieces around the city, including the rebuilding of Grosvenor Square in 1926.

Now, after a skilful refurbishment, 12 Avenfield House offers a modern respite on the renowned Park Lane. Ideal for a young student in London, the apartment offers one master bedroom, a reception and dining area that opens out into a kitchen area and a large bathroom. Accessed from both Dunraven Street and Park Lane, the apartment’s master bedroom offers charming views of Park Lane. Residents of this apartment will also benefit from 24-hour porter and lift services.

The kitchen is fully fitted with Siemens appliances, with smart black quartz marble work surfaces that match the black quartz flooring and complement the light grey splashback and kitchen cabinets. The kitchen transitions into a living and dining area, decorated in tones of greys and white. Two large windows provide the space with an abundance of light, creating an airy and open atmosphere.

The master bedroom features silk grey carpets and fashionable furnishings in tones of maroon and black. There are bespoke fitted wardrobes covering one wall of the room, providing ample storage space for residents and two large windows giving the room plenty of light.

The property’s bathroom provides black quartz flooring and grey marble tiles to the walls. The white gloss appliances and storage spaces complement the mirrored features around the space. A blue LED light feature sits below the bath, giving the bathroom an ultra-modern vibe.

Peter Wetherell, Chief Executive of Wetherell said, “This contemporary Avenfield House apartment offers the perfect space for a young student living in London. It will not only provide a great investment opportunity for parents, but also reassurance that their child will be living in Mayfair, an exceptionally safe neighbourhood, in close proximity to some of London’s top universities. We are seeing domestic and overseas buyers continue to invest in prime Mayfair property for their studying children, with the priorities being a respected location, good transport links and stylish design.”

Avenfield House is well situated for a resident to enjoy high-end restaurants and bars nearby. Park Lane is a 0.7 mile (1.1km) road running from Hyde Park Corner to Marble Arch, overlooking the 350 acres of Hyde Park. It was created by King Henry VIII when he enclosed the borders of Hyde Park in the early 16th Century. The iconic road is now home to several historic properties and hotels and is known as one of the most sought-after streets in London. For public transport, Marble Arch is a few moments walk away for Central line connections into central London.