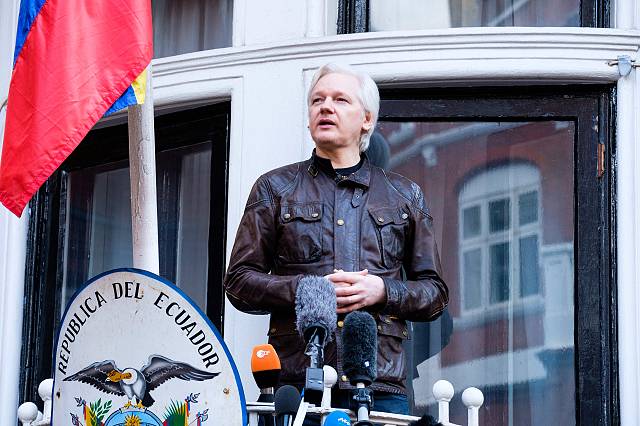 Julian Assange saved £150k in rent while at the Ecuadorian embassy

Rental costs in the capital continue to account for one of the largest living expenses Londoners face and previous research from ideal flatmate found that the cost of basic living requirements exceeds the salary on offer in 38% of London boroughs.

Nowhere across London is more unaffordable than Kensington and Chelsea and Knightsbridge in particular and rental costs in the borough are some of, if not the highest in the capital having increased over 23% since 2012.

But since June 2012, Julian Assange has managed to not only live rent free in prime central London, Harrods adjacent and just minutes walk from Hyde Park, but dodge any increase in living costs associated with renting.

The current average rent for a room in Kensington and Chelsea is £1,928 a month and while he may have been forced to pay for the upkeep of his cat, by claiming refuge in the Ecuadorian embassy over the last seven odd years, Assange has saved a huge total of £148,381 – an average of £1,810.

Tom Gatzen, co-founder of leading flatshare platform ideal flatmate said, “We’ve seen the capital’s tenants resort to some drastic measures to deal with the cost of renting in London but I think Julian Assange takes the gold for his commitment to a cost effective lifestyle in the London rental market.

“It doesn’t seem all that long ago that he entered the Ecuadorian embassy but to think in the time since, the average tenant in Kensington would have paid £150,000 in rent for just a single room, which is actually quite mind boggling.

“Of course, Kensington sits at the top of the table where rental costs are concerned but it does go to show how the cost of renting in London continues to spiral out of affordability for many.

“While Julian’s saving has been notable the harsh restrictions around leaving the property and the immediate eviction process that he underwent probably weren’t worth it. We would have recommended using ideal flatmate so he could have not only split the cost of living in London, but our personality test could have matched him with like-minded roommates.

“If the Ecuadorian embassy is at a loose end with the now empty room, we can certainly help them fill it with a suitable tenant that will bring less media attention and contribute to the monthly living costs.”