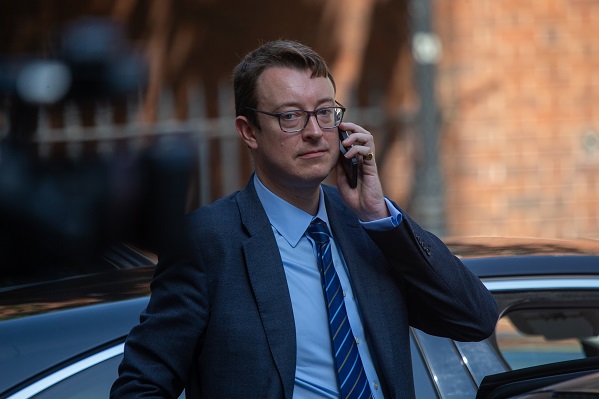 Government plans to reform the private rented sector, which risks becoming a charter for anti-social behaviour without urgent changes

According to the latest data, 32% of landlords asking a tenant to leave a property had done so because their tenant had engaged in anti-social behaviour.

Under Government plans to end Section 21 repossessions, landlords will be reliant on convictions if they are to have certainty about tackling problem tenants. However, recent polling indicates that the public has little faith in the ability of the police and councils to tackle anti-social behaviour.

According to the Tony Blair Institute for Global Change, of those who experienced anti-social behaviour in the last year just a quarter (26 per cent) reported it to the police or local authorities. Only 41% of these respondents were satisfied with the way in which their matter was addressed by these institutions.

A survey of almost 3,500 landlords and letting agents by the NRLA has found that of those who had served a notice to a tenant due to anti-social behaviour, 84% had received no assistance from their local authority. 75% said they had received no help from the police.

Without urgent changes to the Government’s planned reforms, the NRLA warns that it will become more difficult to tackle behaviour that blights the lives of neighbours and fellow tenants.

The NRLA is calling for the implementation in full of the Victims’ Commissioner report on anti-social behaviour. Alongside this, the police and local authorities should be required to check the planned property portal when tackling nightmare tenants and work closely with landlords to take swift action against them. The courts should also prioritise possession cases brought as a result of such behaviour.

Ben Beadle, Chief Executive of the National Residential Landlords Association, said: “Anti-social behaviour blights the lives of fellow tenants, neighbours, and communities alike. It is vital that it is tackled swiftly wherever it is found.

“The Government’s proposals simply do not achieve this, and we are calling on new Ministers to look again at the plans. Without change, the reforms will become a charter for anti-social behaviour.”

Addressing the Committee, Mt Beadle also raised concerns about the damage that the Government’s proposals will do to the student housing market and the urgent need for reforms to the court system. Scrapping Section 21 will lead to more possession cases ending up in the courts and at present, they are simply not processing legitimate cases swiftly enough.

Mr Beadle warned the Committee that unless the reforms had the confidence of responsible landlords it would be tenants that suffer as the supply crisis in the rental market worsens.