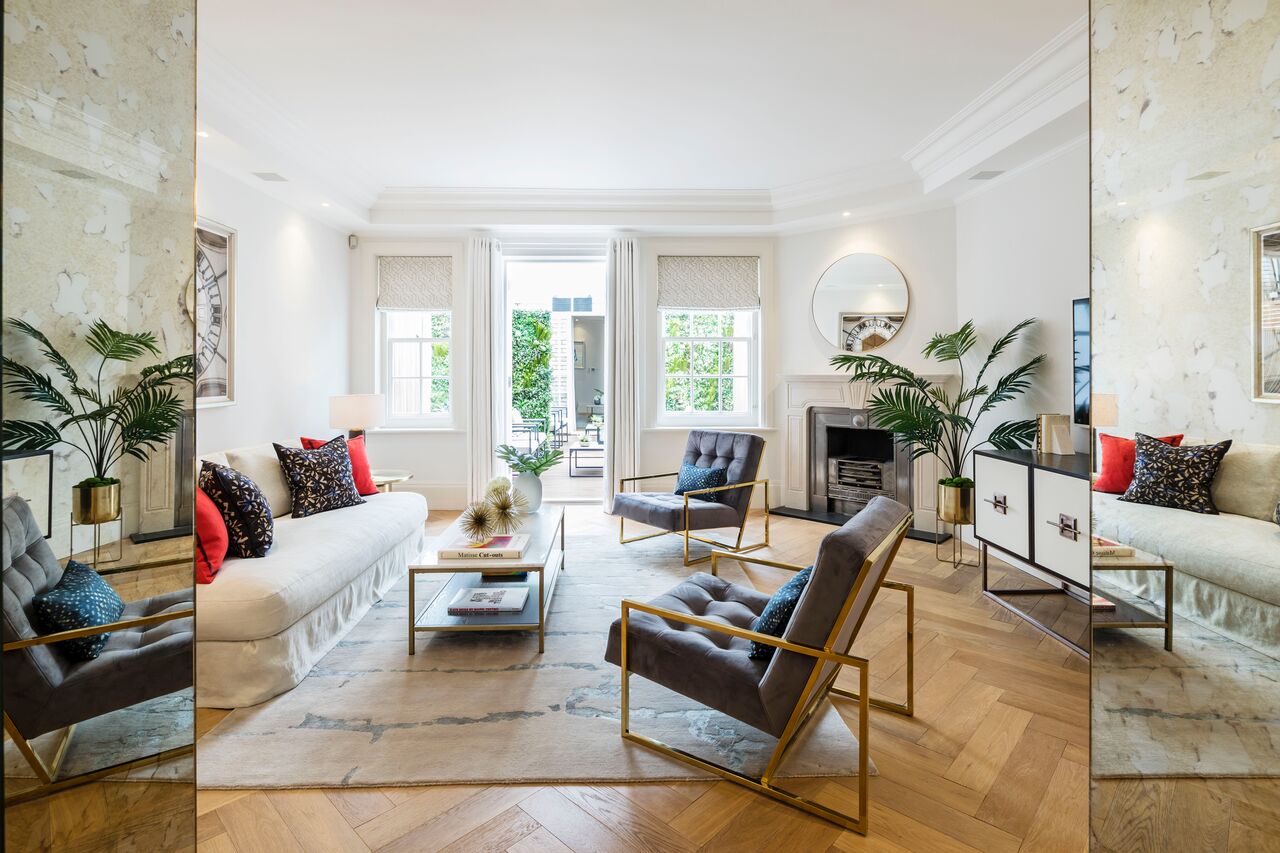 A former nineteenth century stable, turned contemporary maisonette in a historic Mayfair mews, has come to market with leading estate agent Wetherell, in Balfour Mews for£3,950,000. Originally built by architects Balfour and Turner as humble equestrian stabling, the three bedroom, nineteenth-century home transports you to another era, right in the heart of the Mayfair village.

Balfour Mews were originally the site of a riding school until 1898 when architectural duo Balfour and Turner redesigned the mews as equestrian stabling for the affluent neighbouring streets of Aldford Street and South Street. Originally, horses would be stabled on the ground floor, with groomsmen sleeping in the upstairs quarters and the building’s eaves. Nowadays, the average livery charge for horses in the UK is estimated at just £150 per week, with the contemporary Balfour Mews maisonette priced at £3,950,000, an indication of the value that a Mayfair address bestows. Balfour Mews is a duplex maisonette set over the building’s first and second floors, offering 1,442 sq. ft. of immaculately designed living space, with entrance through a smart, polished front door. A bright and spacious reception room is on the first floor, with beautiful parquet flooring, which features throughout the home’s principal rooms. There is a modern, statement fireplace on one wall, and two traditional sash windows either side of double doors. Opening onto a private roof terrace with a foliage wall, the reception room is flooded with natural light and offers an ideal space for entertaining guests. Connected to the reception room is a contemporary dining room, which also features a contemporary fireplace, leading into a sleek kitchen with bespoke fitted cabinetry. The first floor offers a guest bedroom, which features fitted storage space and is brightly lit by four smart windows looking westerly onto the stylish mews.

Balfour Mews’ second floor provides a large master bedroom, with an ensuite bathroom and a dressing room area, with views over the mews. There is a second guest bedroom with bespoke fitted storage, and a large guest bathroom. The property’s third floor space can be used either as a fourth guest bedroom, or as a dressing room, with further eaves storage tucked away. Balfour Mews has been carefully designed to maximise natural light and space throughout. The original groomsmen in the 1890s would have slept in this eaves space, with the maisonette now offering a clever incorporation of this space into contemporary family living. The ground quarters of the Balfour Mews property also have a diverse past, having previously been used as a contemporary art exhibition space and headquarters for international artists. Peter Wetherell, Chief Executive of Wetherell, said, “Balfour Mews is a delightful home in the heart of a historic mews. It represents some of the best architecture by Balfourand Turner, with a rich equestrian history as a riding school then as stables. Its beautiful contemporary design is worlds away from the home’s humble equestrian beginnings, and it is ideally located for enjoying the best of Mayfair.”

Balfour Mews is located just moments from Hyde Park and Green Park. For transport across London, Green Park underground station is just a ten minute walk away, for the Piccadilly, Jubilee or Victoria lines, and Marble Arch a seven minute walk away for Central line services. Balfour Mews is located a short walking distance to Le Gavroche, a two Michelin starred restaurant, and Alain Ducasse at The Dorchester, holding three Michelin stars.

A luxurious relaxing oasis in the middle to 24 hour...