Home Property EscapeOverseas Property Exclusive: What is the post Brexit picture for Brits purchasing and owning properties in France? 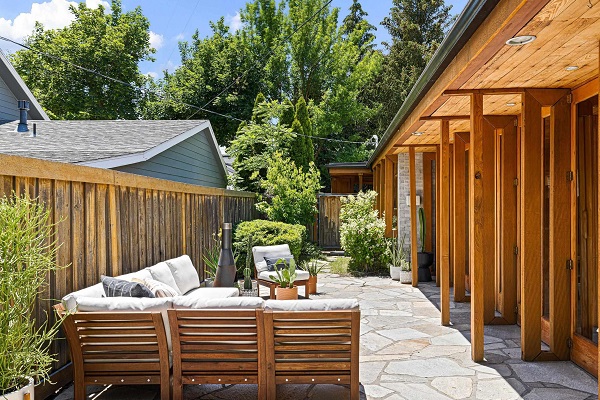 Exclusive: What is the post Brexit picture for Brits purchasing and owning properties in France?

When the UK officially left the EU on 31 December 2020, there was still much uncertainty as to how British nationals purchasing and owning properties in France would be affected.

Almost two years on, how has the situation played out and have any initial concerns about the impact of Brexit materialised? As was hoped, the purchase process has remained very much the same for British nationals since Brexit.

Following an initial ‘pause’ in activity as Brits waited to see whether any restrictions on ownership would be put in place (and likely exacerbated by the Covid pandemic preventing trips across the channel), the market is back on track with many British nationals going ahead with their French homeownership plans.

One worrying trend, however, is that French banks appear to have declared an unofficial ‘blanket ban’ on granting French mortgages to British nationals, with such mortgages being very difficult, if not impossible, to obtain, especially for properties at a lower value.

It is likely that Brexit has had some impact, especially in terms of the French lenders’ options to engage recovery proceedings for mortgage defaults. But in addition to losing the automatic enforcement under EU law of French Court decisions in the UK, the fallout from the Covid crisis and general economic downturn has caused all banks to adopt a more cautious approach to lending.

This is evidenced perhaps by some people reporting that French mortgages for British nationals, where the amount borrowed is at least €500,000, are still being granted.

Clearly, the main impact of Brexit on Brits owning properties in France has been regarding immigration. This has restricted the time that British nationals can spend in their French homes, as they no longer benefit from the right to freely visit, live and/or work in France.

As a general indication, short visits (90 days in any period of 180 days) are still possible without any specific visa being obtained, but holidaymakers must be careful computing those days as some very specific rules will apply, and especially as any time spent in the EU will count towards days spent.

For owners of holiday homes intending to stay for longer periods, specific long stay (3-6 months) non-renewable temporary ‘VLS-T’ visas can be obtained. However, specific income and health care requirements will apply, and this visa will not grant them French tax residency.

For even longer visits, it will then be necessary to obtain a long stay VLS-TS visa (3 months to 1 year), to be upgraded to temporary and then multiyear residency cards for any longer stays, with the ‘holy grail’ of the permanent residency card being obtainable after five years of French residence.

For Brits hoping to carry out a professional activity in France, additional visas will be required.

Currently, the main hurdle to obtaining the relevant visas appears to be the delays encountered with the French administration rather than the applications being rejected. With Macron being re-elected as French President for a further five-year term, it is hoped that there will not be any internal policies introduced to either limit the number of visas granted to British nationals or set a specific quota.

In terms of estate planning, whilst some confusion lingers, it was always clear that Brexit would not have an impact, as the UK was already a third party to the European Succession Regulation. This generally allows a person to opt for English law to apply to their worldwide estate, and the other important legal instruments (Hague Convention on the international validity of Wills, the various Franco-British double tax treaties on income tax, capital gains tax and inheritance tax) are separate from the EU anyway.

An anticipated impact of Brexit for British residents (rather than nationals) was connected to French Capital Gains Tax (CGT). Until earlier this year, the general understanding, applied in practice since the end of the transition period, was that sellers who were residents in the UK could no longer benefit from a partial exemption of the social charges element of French CGT, and the applicable rate would therefore be the full 17.2%.

However, in a surprising turn of events, the French tax authorities declared earlier this year that they were reverting this specific aspect of French tax law for British resident sellers to its pre-Brexit status, allowing them once again to benefit from the reduced social charges rate of 7.5%.

Further, by granting a retroactive effect to this direction, this allows refund applications to proceed for sales that completed between the end of the transition period and the confirmation of the new arrangement.

Whilst this was very welcome news, the exemption now comes with a requirement to provide a certificate from HMRC that the British resident seller is affiliated to the UK social security system, which is (perhaps unsurprisingly) proving very difficult to obtain.

So it appears that almost two years post-Brexit, the property picture is not as bleak as could have been initially expected, and it certainly does not appear to have dampened the Brits love for France!

About the Author: Lea Maynard is a Senior Paralegal at law firm Buckles and a member of the firm’s French Law department. She is a French national and fluent in English, assisting with all types of legal matters, but mainly specialising in French estate administration matters with a cross border element.

Property values fall for the first time in more than year

The latest analysis from specialist property lending experts, Octane Capital, has revealed that the …

Revealed: The areas of the UK which have...

The latest analysis from specialist property lending experts, Octane Capital, has revealed that the nation’s homebuyers are turning to equity release to help combat the cost of living …

With the UK battling high inflation and...

‘No Christmas cheer from the Bank’ as interest...