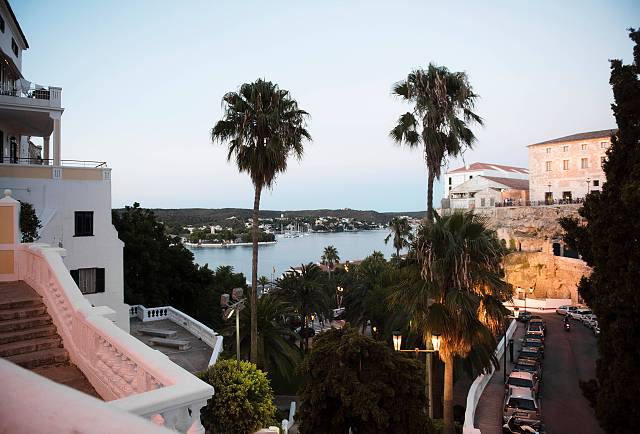 How does Brexit affect people wanting to buy property in Spain?

According to Spanish property expert and author Sean Woolley, “It’s time to talk about Brexit.”  The COVID-19 pandemic has been all that we have been thinking about since March, but as we enter the final quarter of 2020, the end of the transition period for the UK to leave Europe is fast approaching and things are going to change.

To support UK buyers planning to buy property in Spain who are concerned about how the withdrawal will affect them, Sean has compiled and answered buyers’ questions about Brexit and buying a property in Spain.

What are the implications for those wanting to invest in Spanish property as the transition period deadline of December 31st draws closer?

As we know, the transition period ends on December 31st 2020. Until then, British citizens have the same rights in the EU as previously. Nothing changes until January 1st 2021. The withdrawal agreement allows British citizens to continue to live, work or study in Spain with the same rights as an EU citizen, but only if they register as a resident in Spain before December 31st.

Does Brexit mean that the British can’t buy property in Spain?

No, not at all. All foreigners are allowed to buy property in Spain regardless of their nationality. It doesn’t matter whether your home country is inside or outside of the EU.

Since the UK announced its decision to leave the EU, there has been a slight drop in the number of British buyers (especially due to sterling’s weakness against the euro since the Brexit referendum result), but purchases from other countries have remained steady, thereby balancing out the impact.

Of course, we are currently faced with another crisis with the COVID-19 pandemic, but this has predominantly caused a series of welcome pricing corrections rather than a full-scale collapse of the market. Buyer interest remains strong, new vendor instructions are not flooding the market, and mortgage funding is readily available.

Has Brexit made it more expensive to buy property in Spain?

Sterling has been weaker since the Brexit referendum result, thereby making it more expensive for Brits to purchase in Spain. However, by using a currency company you can minimise the costs of transferring money and take advantage of the best rate possible for your purchase.

Will I be able to get a mortgage in Spain after Brexit?

As a non-resident and provided you can provide proof of income and a sound credit record, you can take out a mortgage in Spain, usually up to a maximum of 70% loan to value or purchase price, whichever is lower. There is a possibility that from 2021, British buyers may only be eligible for a lower LTV of perhaps 60%-65% – on a par with other non-EU applicants, however, Spanish banks regularly approve 70% LTV for Swiss (non-EU) nationals, and considering that British buyers continue to account for a large proportion of transactions, a tightening of lending seems unlikely.

What about property purchase taxes?

Everyone who buys a property in Spain is liable for the same purchase costs and taxes, and there are no plans to change it.

Will I be able to let my Spanish property after December 31st?

Foreigners are freely permitted to let their properties in Spain for holidays and longer-term rentals. This is not set to change.

What about rental income tax?

Once the transition period ends on 31st December, British owners in Spain will probably be liable for a slightly higher tax on rental income. At the moment, EU citizens pay 19% while non-EU citizens pay 24%. Brit owners may therefore fall into the higher bracket by default at the end of the year. However, this law is currently being challenged in the European courts as unfair discrimination, so could well be overturned.

For how long will I be able to stay and live in Spain?

Now we’re getting to the crux of the matter. No firm decision has been made by the UK and Spanish governments regarding visas for British nationals travelling to Spain. Bearing in mind that the Spanish government are especially eager to attract foreign tourism and investment, it is widely expected that tourist visas will not be required for British nationals entering Spain. Currently, the rules are that non-EU visitors to Spain may stay for up to 90 days within a 6-month period without needing a visa and this seems likely to apply to British visitors as well.

The cloudy issue surrounds those who wish to stay for longer than 90 days at a time. This needs to be decided, and there is a possibility that a residence visa of some sort will need to be applied for.

So, how could I obtain a residence visa after December 31st?

At the moment, non-EU buyers have the chance to apply for a Golden Visa which includes resident permits for the buyer and their dependents in exchange for making an investment of at least €500,000 in property. One of the advantages of this scheme is that you do not actually have to live in Spain or pay taxes here, although you will need to visit once a year if you want to renew it.

It, therefore, seems that the only sure route to residency for British buyers post-Brexit will be to apply for a Golden Visa, but with the current rules, this would restrict the visas to those spending €500k+ on property. Perhaps this figure will be lowered to accommodate more buyers and investment?

Can I obtain residency if I buy a property before 31st December 2020?

Under the withdrawal agreement, all British citizens who register as a resident in Spain before 31st December have the right to live in the country with the same rights as EU citizens. You will need to have either the title deeds to property here OR a long-term rental contract in place to provide evidence that you were here before the deadline and are planning to be here long-term. The process is straightforward but it needs to be done before 31st December. That’s just over 3 months away!