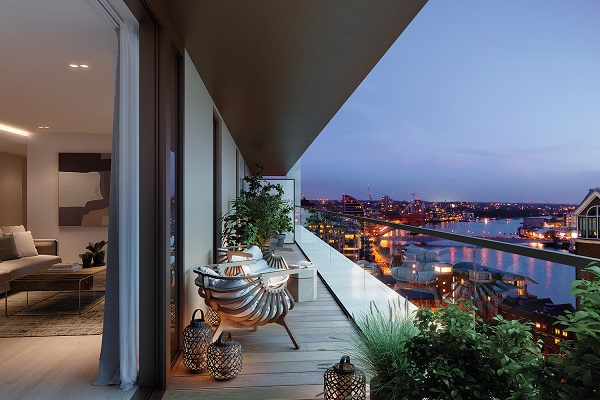 David Ronson joins Avanton as director of sales and marketing

David Ronson has joined London property development company Avanton as Director of Sales and Marketing. With over ten years of experience within the London property sector, David has been employed by Avanton to oversee the sales and marketing strategy for their flagship residential scheme Coda in Battersea providing 130 new homes and three pipeline schemes, the 1,152-home mixed-use Ruby Triangle development on the Old Kent Road, the 39-unit Battersea Square scheme and a four-acre project in Richmond. Avanton, David Ronson, Director Of Sales And MarketingDavid began his career at Heron International working as the Completions Manager at The Heron in the City of London where he went on to oversee sales of the scheme which achieved record breaking values for the area. He then moved to Savills Head Office to work within the in-house residential development sales team where, within a year, he progressed to work between the Development Consultancy and Sales and Marketing teams. Based in Central London, David specialised in pre-sales strategy, marketing collateral, on-site sales management and client co-ordination. Avanton Coda Battersea CGIDavid’s recent projects include new homes developments in Brentford which have seen some of the highest sales velocities achieved in London during 2019; a luxury apartment scheme located off Kilburn High Road which has received record sales values in Kilburn, and a residential tower scheme in Bankside where David managed the branding for a successful international sales and marketing campaign. Avanton Coda Battersea CGIFounded in 2014, Avanton is a boutique London developer focused on building residential-led communities which are affordable for Londoners, whether buying or renting. Founded by Managing Partner Omer Weinberger, Avanton currently has a development portfolio consisting of four major London schemes, some with lifestyle amenities including club lounge, gymnasium, café, commercial space and studios. Avanton Coda Battersea CGIDavid’s role at Avanton will focus on the creation of an all-encompassing approach to the residential sales and marketing for current and future developments. Avanton’s first London project, Coda in Battersea will provide some of the most competitively priced new homes in the area, from £510,000 as well as housing the brand-new Royal Academy of Dance studios.

David Ronson, Sales and Marketing Director at Avanton said, “I am thrilled to be joining the highly experienced team at Avanton. In my new role as Director of Sales and Marketing I look forward to developing a comprehensive strategy at Coda followed by all of Avanton’s pipeline and future projects. With over ten years of experience working within the London residential property market I believe I am bringing ample knowledge to the role which will be converted into driving sales.”

Omer Weinberger, Managing Partner at Avanton said, “We are looking forward to welcoming David as a crucial addition to the Avanton team. He joins us with a wealth of experience working within the London property sector and we believe he will add great value at Coda and our planned future schemes Ruby Triangle on the Old Kent Road, Battersea Square and a four-acre site in Richmond”.