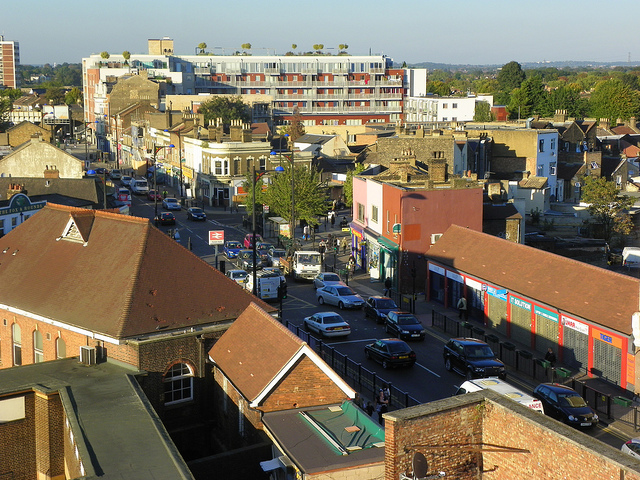 Figures released this week revealed that the housing market had the strongest start for four years during the first two months of the year.

However, Covid-19 has led to a 40% drop in demand for housing in the past week [seven days to 22.03.20 compared to seven says to 15.03.20] and housing transactions are set to drop by as much as 60% over the next three months, as the market reacts to the impact of the outbreak.

According to the latest data and analysis from Zoopla, the market has since witnessed a dynamic shift, with consumer confidence and market activity hit hard in the wake of Covid-19’s impact from early March onwards.

Covid-19’s impact on the UK property market is unprecedented. The social distancing strategy has created an immediate impediment to property viewings and valuations, which are integral to the process of buying and selling a home.

Buyer demand over the seven days to 22 March was down 40% on the level recorded one week prior, as would-be home buyers paused on major decisions and took stock of the unfolding events in the UK and around the world. With a strong start to the year, levels of demand are now below where they were a year ago but the tougher restrictions announced this week will see demand fall further in the weeks ahead.

Purchases already agreed and moving towards exchange of contract are continuing, but a rapidly growing proportion of sales are starting to fall-through, as buyers reassess the necessity of a large financial decision. Fall throughs last week were 60% higher than the previous week, but new sales agreed currently remain higher than fall-throughs by four to one.

Stock is continuing to be listed, albeit at a slowing rate. For those with homes for sale, there is no immediate rush to withdraw their home from the market, particularly for those whose agents can offer virtual viewings. That said, it’s anticipated that a proportion of vendors will withdraw their home for a period, or at least discuss different marketing options with their agent.

Market outlook for the next quarter

Interest from new buyers has fallen dramatically, but the market has not ground to a complete standstill. Sales continue to be agreed, albeit at a slower rate, down 15% on last week and 4% below levels recorded a year ago.

A fall in demand is expected to culminate in a reduction in sales agreed towards the end of the quarter and into the summer months, given the time lag between marketing a home to agreeing a sale and completing a transaction – a process that can take four to six months end to end.

Zoopla Research modelling indicates a fall in transaction volumes of up to 60% over the second quarter of 2020, with low transaction volumes expected to continue into the third quarter. Individual spring months may see newly agreed sales down by up to 80% on last year given the shutdown of normal life and knock-on impact for the market.

However, the scale of the downturn in transactions is dependent on the effectiveness of Government action to support jobs and the wider economy, and whether this curtails an increase in unemployment.

While it is too early to forecast the impact of Covid-19 on the UK economy, house prices are not expected to change materially in the next month or two, particularly as a proportion of sales agreed in the last two months will continue to completion.

House price falls and double-digit declines tend to result from times of economic stress, as rising unemployment, a lack of credit and higher borrowing costs increase the number of forced sellers who need to achieve a quick sale. Government and lender action to support businesses and homeowners with mortgage payments is set to limit the number of forced sellers over the coming months.

Richard Donnell, Director of Research and Insight at Zoopla said, “Covid-19 presents a major new challenge – not just for the housing market but for the UK and global economies. Fifty years of history shows that external shocks have impacted the housing market to differing degrees, largely down to the scale of direct impact on the UK economy.

“The initial impact of external shocks is to reduce consumer confidence and put a brake on housing demand and the number of people moving home, which we can see in our latest figures. Levels of property transactions are typically more volatile than changes in house prices.

“We do not expect any immediate impact on prices. Beyond this, the outlook for house prices largely depends upon how the Government’s major package of support for business and households reduces the scale of the economic impact. Low mortgage rates mean forbearance will remain the preferred choice for lenders, but further Government support in these unique times cannot be ruled out.

“The timing of any rebound in housing market activity depends upon when new restrictions are lifted, and the extent to which households and businesses are able to return to a normal way of life. Browsing for homes online is set to continue and, while demand for property may rebound quickly, it will take several months for agents to rebuild new business pipelines.”