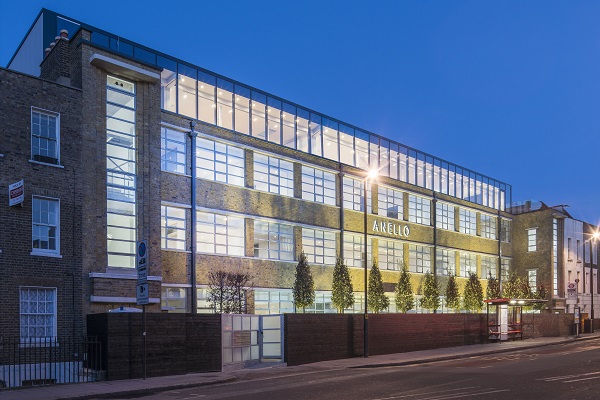 Two apartments are available to let at the Anello Building in Camden, the warehouse style residential development that was once the Anello and Davide shoe factory which produced the famous ‘Beatle boot; in the 1960s. The apartments, one of which is the development’s penthouse, are available to let exclusively through Aston Chase, as part of an on-going deal with the developers, for £795 per week and £1,950 per week respectively. When the Beatles saw an Anello and Davide creation, a Chelsea boot with a Cuban heel, being worn by a London band playing in Hamburg they wanted a pair of their own. They visited the Anello and Davide shop in London and purchased a pair each and the ‘Beatle boot’ was born. It quickly became one of the most desirable and fashionable shoes of the 1960s and 1970s  and Anello and Davide became an A-list designer. Alongside The Beatles, clients of Anello and Davide included Marylin Monroe, Jane Fonda and Orson Welles as well as also providing the footwear for musicals such as Cats and Mamma Mia and film franchises Star Wars and Indiana Jones. Tenants can now live in a piece of creative history in the Anello Building. Aston Chase have already successful let two apartments within the building for £775 per week and £795 per week respectively and as part of an on-going deal with the developers have exclusively been appointed on another apartment and the penthouse. The two-bedroom apartment, available to let for £795 per week, provides a modern living space with an open plan entraining and kitchen space with state-of-the-art appliances. The living space provides access to a generous outdoor terrace, offering space for al-fresco dining. Both the bedrooms provide ample storage space with the master-bedroom supplying an en-suite bathroom. The 861 sq. ft. apartment also offers a guest bathroom and interiors paying homage to the artistic history of the building.

The penthouse t the Anello Building provides 1,744 sq. ft. of living space with floor to ceiling windows and a generous terrace. The penthouse has three bedrooms, two of which have en-suite bathrooms. The spacious open-planning entertaining area, complete with a living area, dining area and kitchen, creates the ideal space to host guests.

Ben Sloane, Director or Lettings at Aston Chase said, “The Anello Building has a fun and artistic history that has been expressed through the design of the apartments. Aston Chase have already successful let two of the apartments in the building and we anticipate that these new apartments will command a lot of demand due to impeccable design and great location.”

The Anello Building is situated in the heart of Camden, an area known for its urban feel and artistic flare whilst still being close to Regent’s Park and Primrose Hill. Residents at the Anello Building will have a number of restaurants, shops, pubs and bars on their doorstep as well as excellent transport links from Camden station.