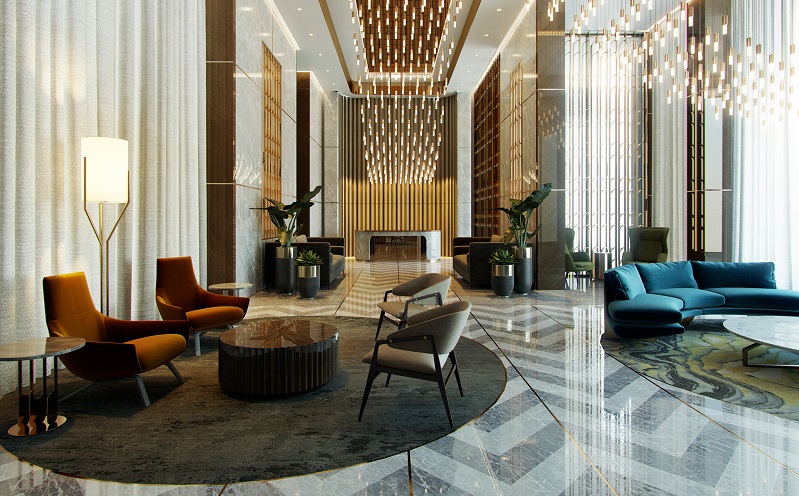 Set to be London’s most prestigious residential development, where residents will be neighbours of the new Duke and Duchess of Sussex (Harry and Megan), ‘Park Modern’ is located on a prime freehold city block bordered by Bayswater Road, Queensway and Inverness Terrace. The large site directly borders Kensington Gardens and Kensington Palace, the London home and offices of principal members of the British Royal family.

‘Park Modern’ has planning consent and work on site is about to commence. Fenton Whelan anticipate that the project will take some three years to complete. The ‘Park Modern’ project will spearhead a multi-million pound transformation of Queensway into Bayswater Village, triggering a range of public realm improvements including a new Royal Gateway for Kensington Gardens.

‘Park Modern’ has a striking landmark façade with floor-to-ceiling windows, balconies and rooftop terraces. The project provides a dramatic double height hotel-like entrance foyer, 57 one to five bedroom residences including duplex penthouses; and trophy commercial space including a luxury retail boutique, signature restaurant and VIP health spa/club. Whilst the sales strategy has not yet been finalised, the residences are anticipated to be priced from £2 million to £30 million.

Sanjay Sharma, co-Founding Director at Fenton Whelan says: “Prime London mixed use schemes don’t get any better than this, a unique offering of Royal neighbours, a parkside address and Palace and garden views. ‘Park Modern’ will be Central London’s finest new luxury development, representing the culmination of our vision for the regeneration of Queensway into Bayswater Village. The new Royal Gateway will provide a unique opportunity to join Hyde Park to Queensway and deliver a legacy monument for the area.”