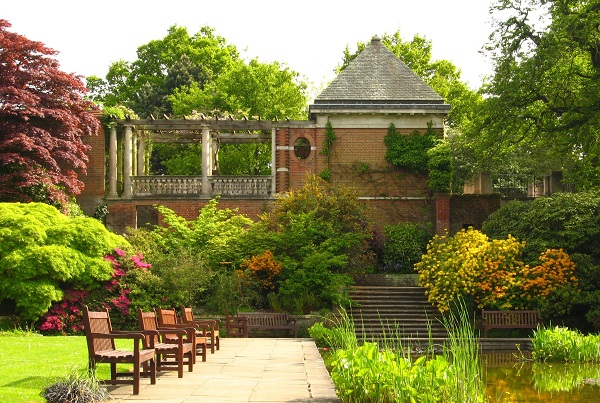 Directly fronting onto Hampstead Heath, the double Blue Plaque Inverforth House estate dates back to 1804, when it was known as Hill House, with the current Queen Anne revival style stately home built in 1895, designed by architectural firm Grayson & Ould, for the millionaire auction house owner George Fisher, the head of Robertson & Fisher. Fisher lived at Inverforth House until 1904 when he sold the property to legendary soap manufacturing tycoon William Hesketh Lever. 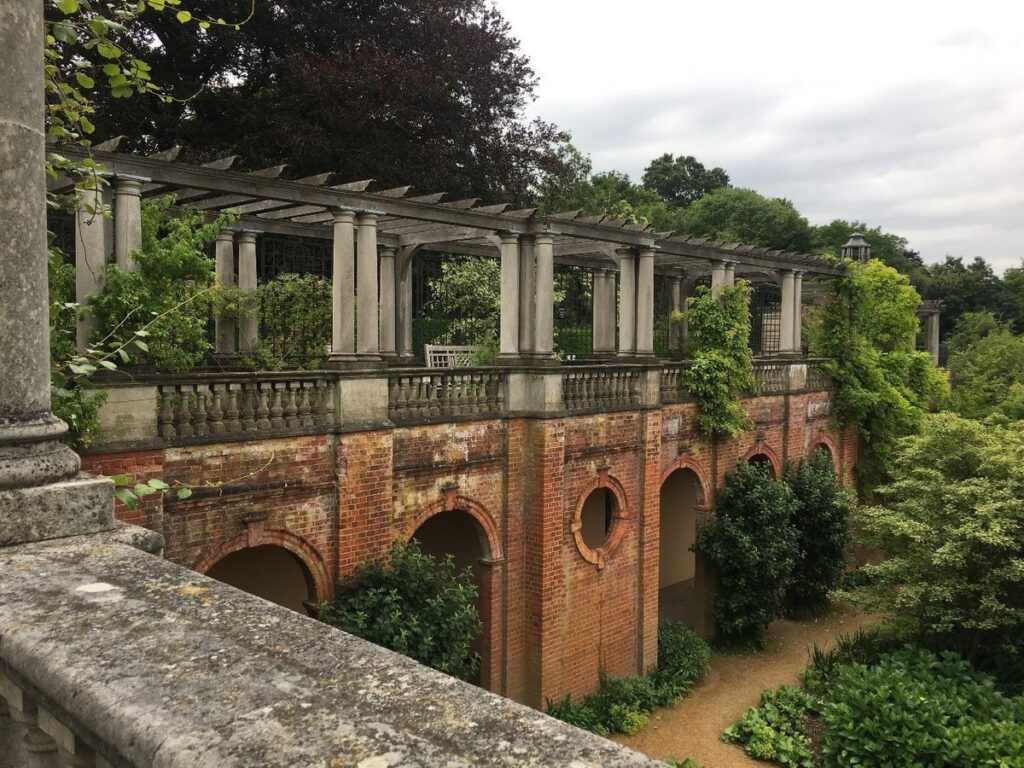 In 1906 Lord Leverhulme bought and demolished two neighbouring houses which enabled him to extend the estate beyond the classical gardens immediately around the house. Between 1906-1925 he used Thomas Mawson to combine and turn the two cleared house plots into the spectacular 8 acre Hill Garden and 800 ft long Grade II listed Pergola.

In the summer months Lord Leverhulme held grand parties for hundreds of people, with daytime events held in the Hill Garden and Pergola and evening dinner parties held in the stately home. It was here in truly ‘Great Gatsby’ style that Lord Leverhulme and his wife Lady Elizabeth entertained London high society of the 1920s including Princess Helena, Duchess of Albany, Queen Mary, actress Phyllis Dare and Princess Alice, Countess of Athlone. 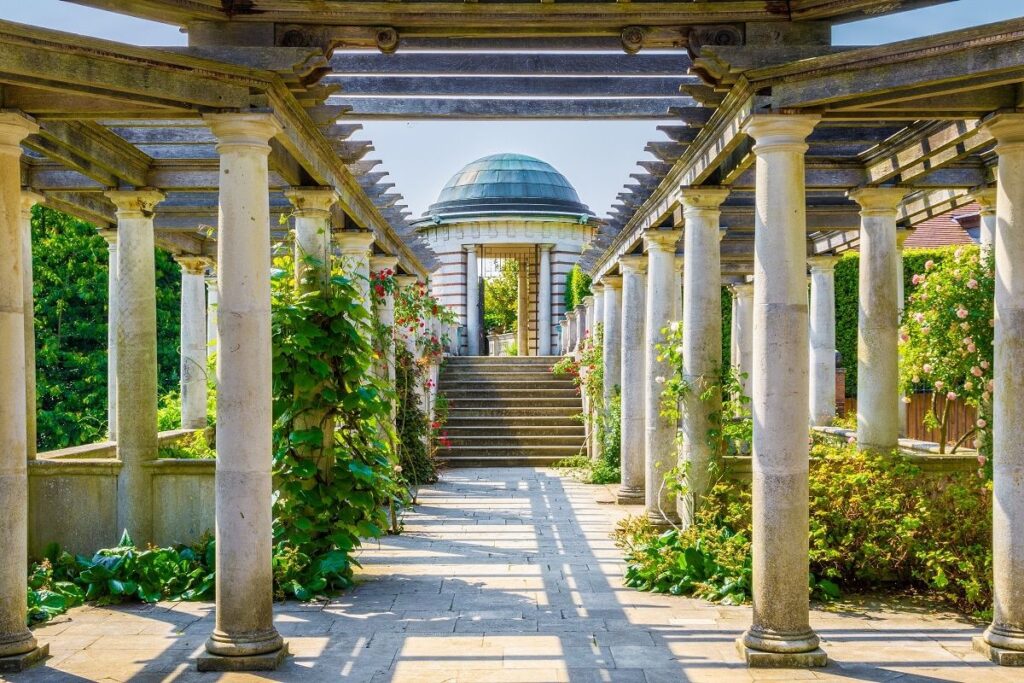 After Lord Inverforth’s death his estate bequeathed the vast mega-mansion and gardens to the Industrial Orthopaedic Society and the stately home became the 100-bed women’s section of Manor House Hospital. In 1960 the celebrated 8 acre Hill Garden and 800 ft long Grade II listed Pergola (located beyond the immediate gardens around the house) were gifted to the nation and became a public park adjoining Hampstead Heath and were later refurbished by the Corporation of London. 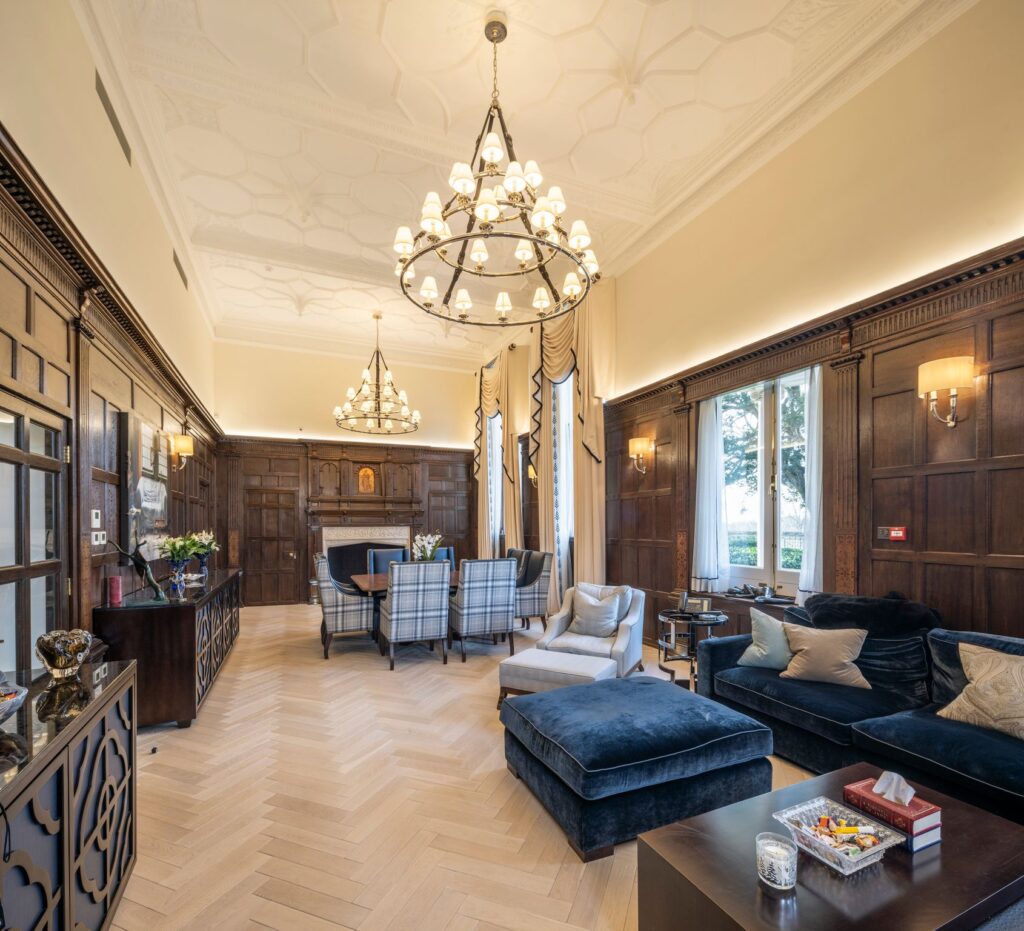 In the late 1990s it was decided that the stately home was surplus to hospital requirements and it was purchased by award winning luxury developer Frogmore. Between 1999-2001 Inverforth House was restored and returned to its residential origins as one of the finest residential addresses in Hampstead.

The two principal wings of Inverforth House were each turned into grand five bedroom mansions (one of which, Lawn House, is now for sale), with other parts of the stately home converted to provide a further seven spectacular apartments. In 2002 the stately home was given two Blue Plaques by English Heritage, one for Sir Ronald Fisher, who owned the estate between 1896-1904, and the second for Lord Leverhulme. 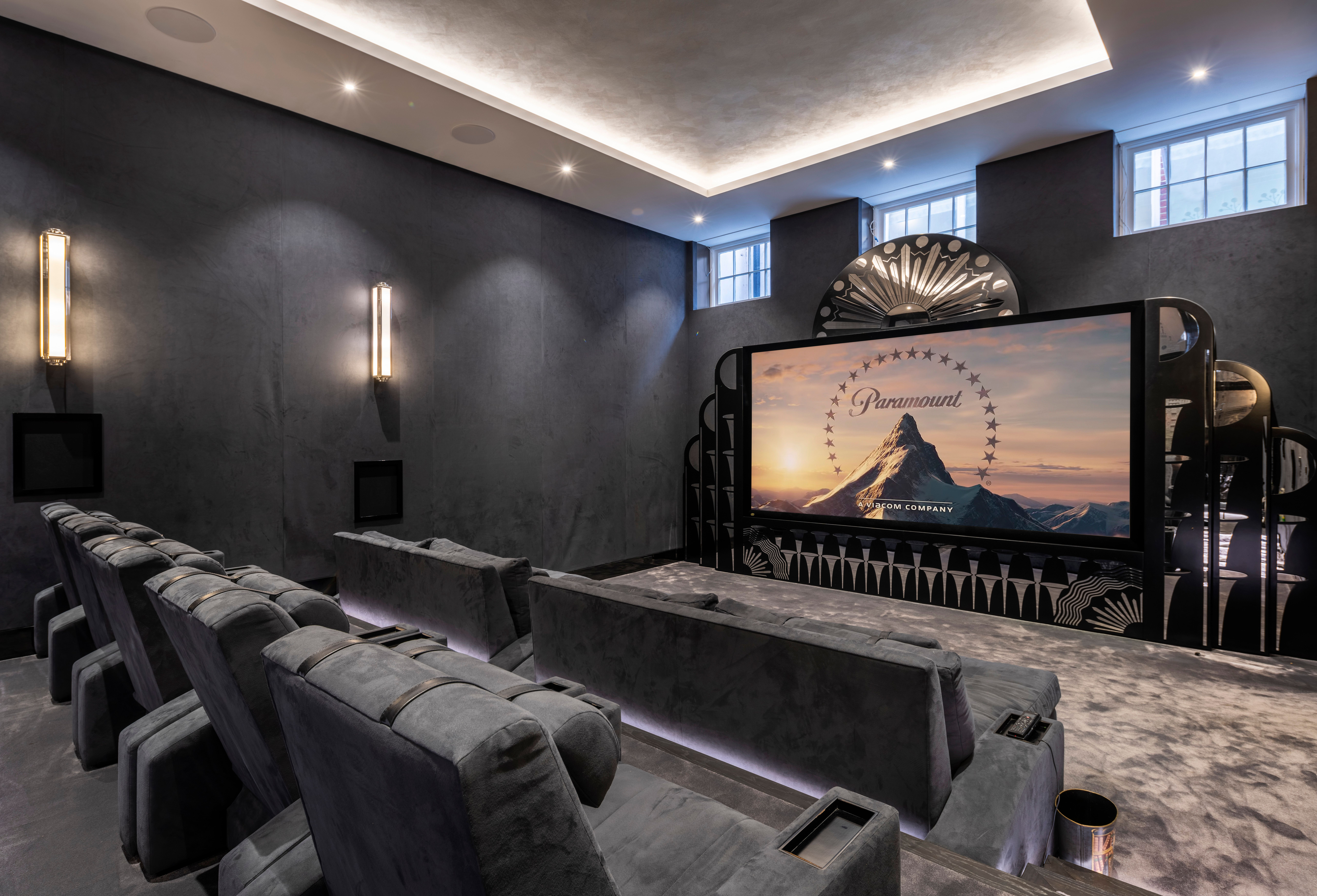 The pillared marble reception lobby with ornate ceilings leads into the grand staircase hall, built by Lord Leverhulme which has a cantilevered curved stone staircase which soars up through the mansion, surmounted by a glazed cupola which allows natural light to cascade down into the hall and lobby below. 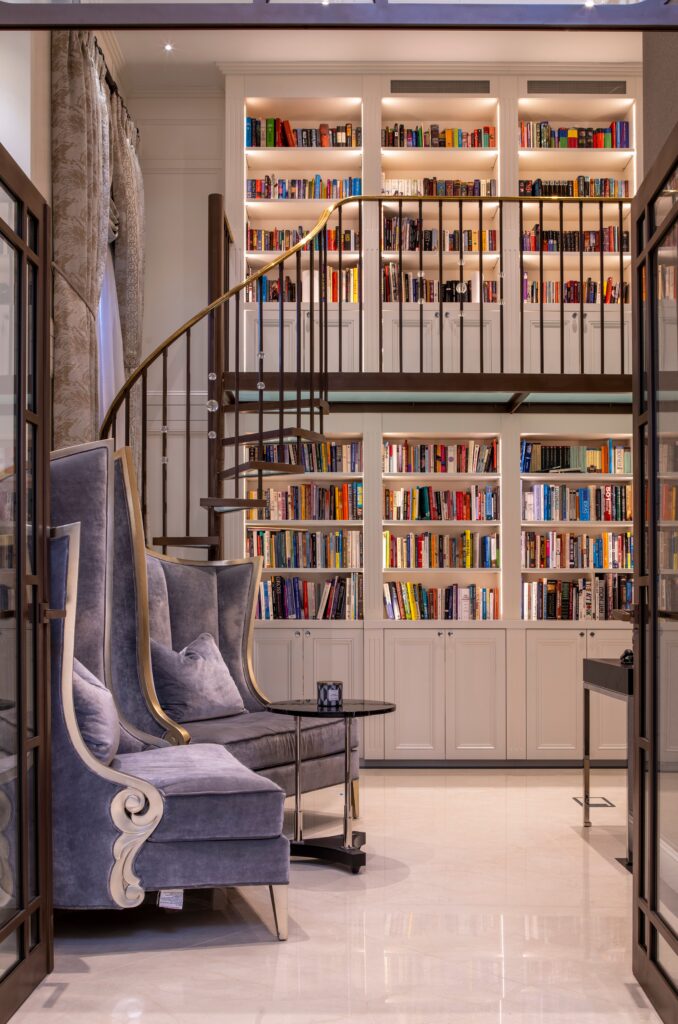 From the hall glass double doors lead into a stunning reception room and dining room with tall windows, polished floor and high coffered ceiling, which was originally the ballroom where Lord Leverhulme and Lord Inverforth entertained Royalty, famous politicans and members of high society. The former ballroom leads into a second grand reception room, used as a drawing room, with parquet flooring, oak pannelled walls and ornate ceiling. 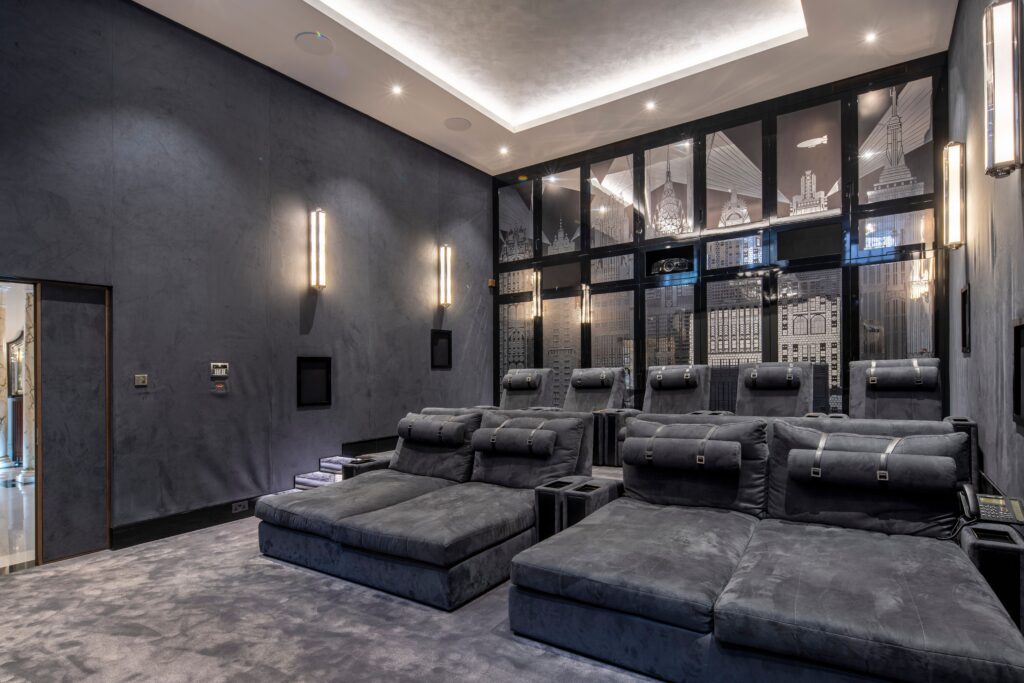 On the first floor is the palatial principal bedroom suite which spans the entire depth of the mansion and opens onto two private roof terraces and provides a main bedroom, walk-in dressing room and main bathroom. There are three further VIP bedroom suites, each with ensuite bathrooms, on this floor. On the mezzanine floor is the principal guest suite which has a bedroom, bathroom and walk-in sitting room and dressing room.

In the basement of Lawn House is a private health and leisure complete with a spectacular Hollywood inspired pool room with swimming pool and spa pool, there is also a gymnasium and shower/changing facilities. 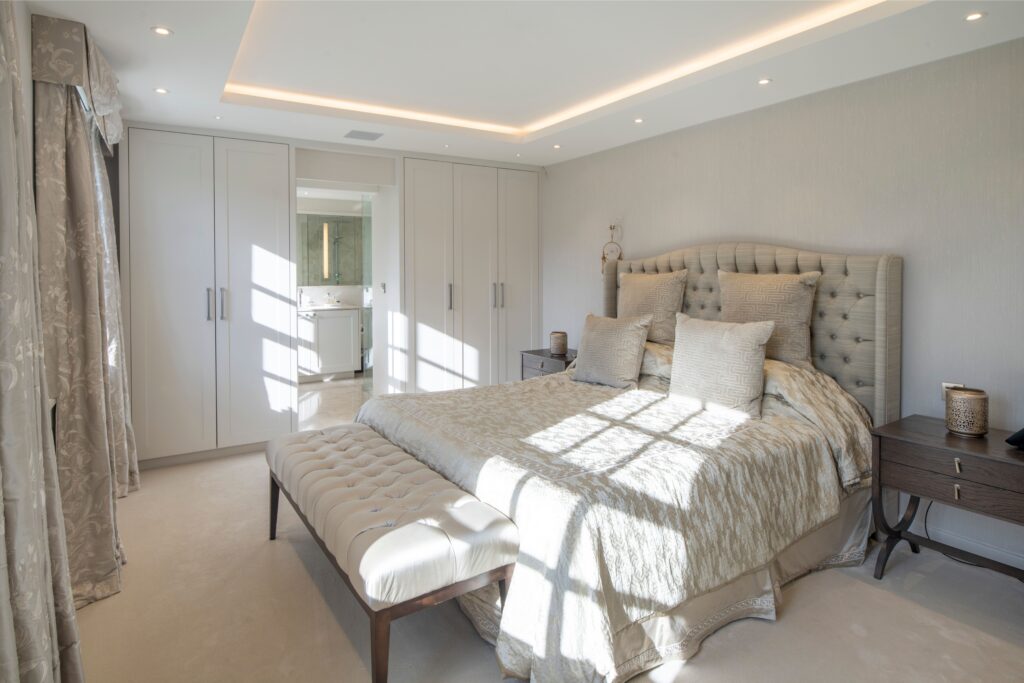 The mansion comes with garaging for three cars plus hard standing for three more and a garden comprised of two large lawned areas are demised with Lawn House. Though a gate at the border of the grounds residents also have direct access to the adjoining 8 acre Hill Gardens and 800 ft long Grade II listed Pegola (a public park), and directly beyond this are the 800 acres of Hampstead Heath. The Inverforth House estate also enjoys 24 hour porterage and security. 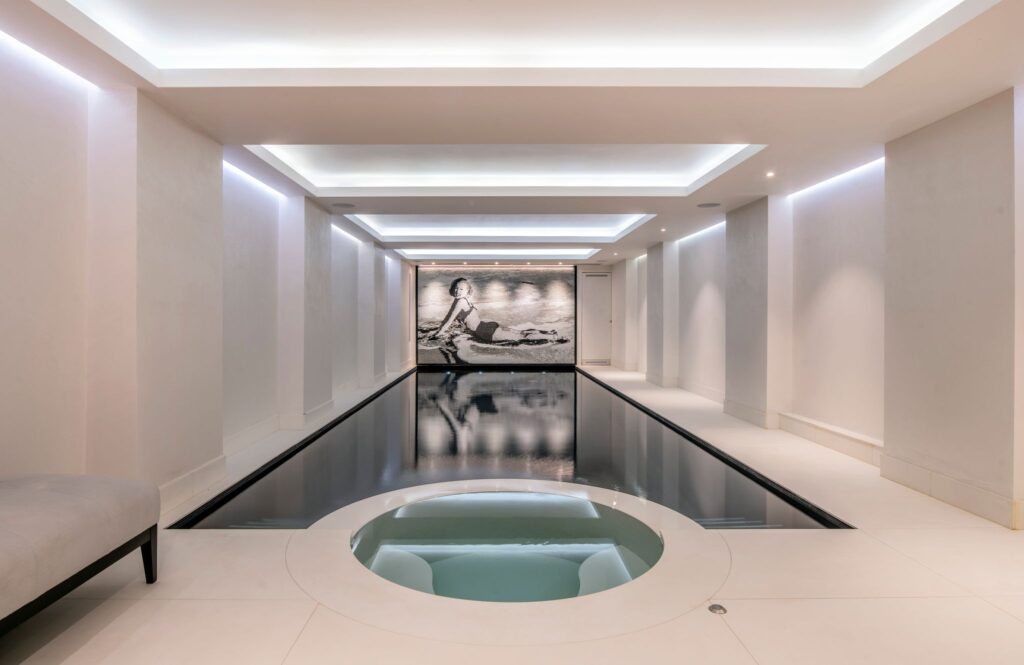 “The house is set within the grandeur of the Inverforth House stately home and classical gardens, one of the most famous residences in Hampstead, where Royalty, famous politicians and London high society have been entertained.”

Jeremy Karpel, Director at TK International added, “Lawn House is one of the finest residences in the Hampstead Heath area, a grand self contained mansion created from the famous stately home of Lord Leverhulme, the soap tycoon, within acres of private gated classical gardens and direct access to the famous Hill Gardens and Pergola and Hampstead Heath beyond. It is a very special property within a historic and famous stately home estate.” 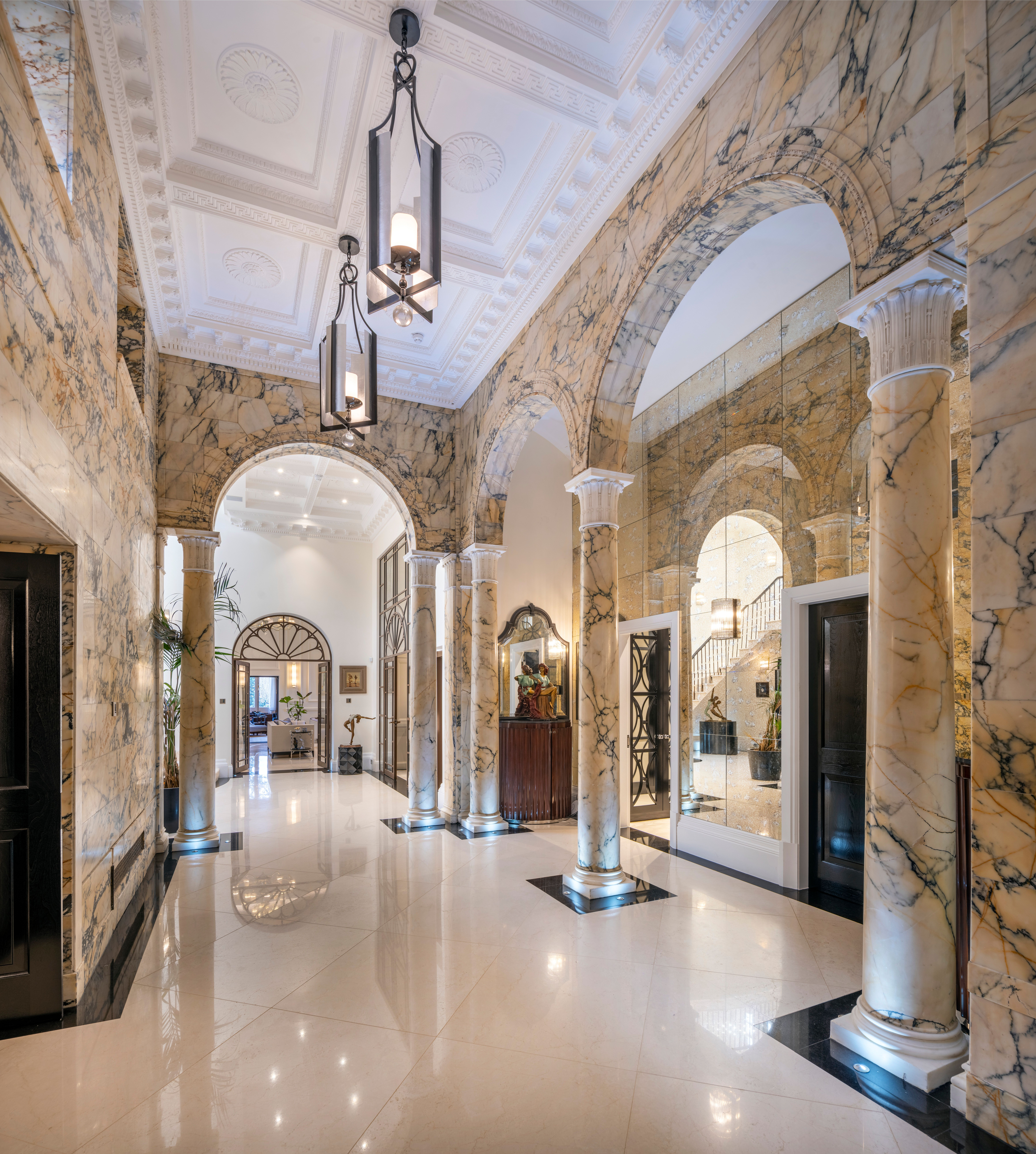