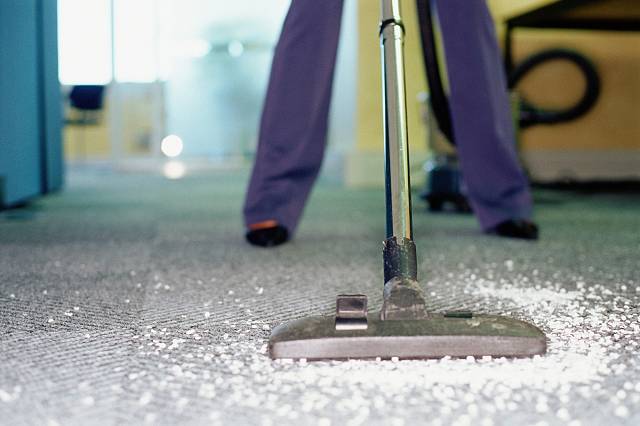 Your carpets could be dirtier than your toilet seat

It’s been proven time and time again that your carpet could be harbouring more bacteria than your toilet seat.

Past research has found that carpet can hold up to 200,000 bacteria per square inch – which is about 4,000 times more than a toilet.

When you think about the amount of dust, outside dirt, dead skin cells from humans and pets, food particles and pollen that’s likely nestling amongst the fibres, this may not come as such a shock, as all these things provide food for germs to feast on.

Even if you vacuum regularly, you may not be able to reach the true depths of your carpet, meaning bacteria such as E. coli, Salmonella and Norovirus could be present. Worse still, vacuuming could just end up disturbing the bacteria, bringing it closer to the surface. So you might want to think twice before eating food that’s been dropped on the floor, even if it’s only stayed there for a few seconds.

While some types of E. coli are completely harmless, some strains of the virus can cause diarrhoea, fever, abdominal pain, dehydration and even kidney failure and respiratory problems. The bacteria is normally found in the intestines of mammals and is released through faeces, which can be brought in from outside or transferred onto your carpet directly by pets.

Salmonella can also get into your carpet via people and animals, but it can be spread through food and other substances too. Causing diarrhoea, fever and abdominal cramps, symptoms of infection are the same as E. coli, however, it can be particularly dangerous for young children and the elderly.

Your carpet could also be a breeding ground for Norovirus. Again, symptoms of infection are similar to those you get with food poisoning. It can survive in your carpet for up to six weeks, plus it becomes airborne when you walk over it.

But it doesn’t stop there. Disturbingly, there are a number of other creepy crawlies that can be found living in your carpets too.

5 Most common germs/bugs living in our carpets

As well as harmful bacteria like E. coli, Norovirus and Salmonella, your carpet could be home to other nasties.

Wherever you find dust, chances are there will be dust mites too. For most people, this isn’t too much of a problem, as these microscopic insects don’t bite or carry disease.

Unfortunately for asthma, eczema and allergy sufferers, however, their droppings can trigger attacks, causing serious health issues for many people.

Hundreds of mites can live in a single gram of dust, feeding off the tiny flakes of human skin that collects in the fibres of your carpets and upholstery. The waste they produce is then released into the air, and it’s this that causes allergic reactions like itchy eyes, rashes, a runny nose and coughing.

Dust mites can live in your carpets for months, with females laying around 100 eggs per month, however regularly dusting and vacuuming your house can keep them at bay, reducing the amount of waste particles that are inhaled.

It’s a common misconception that bedbugs only live in beds. The truth is, they can infest your carpets too. And as well as sometimes triggering allergic reactions, unlike dust mites, these nasty insects can actually bite you too. Like fleas and mosquitoes, they feed on human blood, leaving behind itchy, sore wounds that can be extremely irritating.

In some cases, bedbugs can trigger skin infections like impetigo, lymphangitis and ecthyma, as well as rashes.

You can usually tell when you’ve been attacked by bedbugs, because they tend to bite in lines or clusters, but there are other ways to determine whether you have an infestation of bedbugs in your carpet.

Unlike other types of insects – like ants or bees – bedbugs don’t have nests, preferring to live in groups in hiding places. So make sure you check all crevices, especially near mattresses and bed frames, and look out for blood spots on your upholstery too.

Like bedbugs and dust mites, carpet beetles can also trigger allergic reactions in some people, as larvae shedding its’ hair can cause respiratory problems.

Carpet beetles usually fly into your home through open doors and windows, but they can also be introduced via infested items that are brought inside.

Adult beetles then lay eggs on rugs and clothing, as well as in carpets, where they can thrive if left alone.

But they’re not just a nuisance because of the health implications they cause – they can destroy your carpet and upholstery too.

The damage caused by carpet beetles is sometimes confused with that of clothes moths’, as their larvae leaves visible holes in fabric items. Like clothes moths, carpet beetles feed off materials like wool, silk, fur, feathers, felt and leather as they all contain an animal protein called keratin, which the larvae is able to digest. They’re unlikely to attack cotton or synthetic items like rayon and polyester unless they’re soiled with food stains or body oils.

When they mature into adults, they feed on pollen instead of fabric, however if you spot adults in the house (they can usually be found around windows and lights), chances are their eggs and larvae will be present too.

Again, the larvae of carpet moths feeds on clothing, upholstery and carpet made from natural fibres.

Usually, you can tell whether you have an infestation of carpet moths if you see small bald patches in the corners and at the edges of your carpets.

Although their natural habitat is outdoors where they like to feed on the keratin found on bird feathers, their eggs can get into your house on shoes or second-hand furniture and rugs, or be brought in by pets.

While they normally lay dormant if they’re outside during winter, inside centrally-heated homes, they can be active all year round. The larvae can live for up to two years, which gives them plenty of time to cause a great deal of damage to your carpets.

A female carpet moth can lay up to 300 eggs at a time, and because they’re small enough to go undetected, an infestation can get out of hand quickly.

How to free your carpets from germs and bugs

It should come as no surprise that the best way to eliminate nasty critters from making themselves at home in your carpets is to clean them regularly.

However, simply vacuuming once or twice a week isn’t enough. Even deep cleaning your floors with a domestic carpet cleaner doesn’t always do the job.

Professional cleaning is the only way to have complete reassurance that your carpet is bug and bacteria-free.

Germs like E. coli, Salmonella and Norovirus can’t be seen with the naked eye, so the only way to prevent contamination is to call in the experts, especially considering that powerful steam cleaning is the best way to fight Norovirus.

If you believe you’ve got an insect infestation, it’s a good idea to call in pest control before getting your carpets cleaned. This is because cleaning alone won’t always be enough to kill off adult dust mites – only their eggs – and carpet moths are especially difficult to get rid of. You can then get the professionals in to clean away the dead insects and eggs.

It’s recommended that you get your carpets professionally cleaned at least twice a year, to ensure that insects like carpet moths and beetles don’t have the opportunity to lay eggs in your home. Cleaning techniques like hot water extraction provided by the company Sunny House Cleaning reaches deep into the fibres of your carpet, using high temperatures to kill bugs and their offspring.

In between deep cleans, you should vacuum and wash your carpets on a regular basis to prevent soil, dirt and other debris to build up. Not only will this discourage germs and bugs from setting up home in your home, but it will extend the life expectancy of your carpet too.