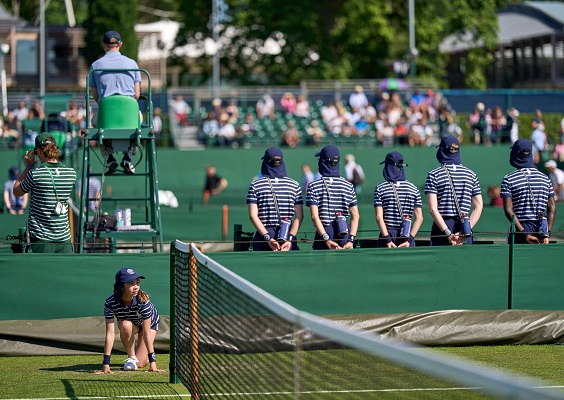 Wimbledon is back to its brilliant best this year after last year’s tournament was restricted by the pandemic, and ahead of the tennis’s greatest tournament, research from London lettings and estate agent, Benham and Reeves, reveals that Wimbledon continues to dominate its Grand Slam counterparts in the housing market as well as on the court.

The research shows that the French Open aces the rest when it comes to having the most expensive Grand Slam homes in the current market. The tournament is played in Paris’s 16th Arrondissement where the average house price is an impressive £735,001.

SW19 in London, the famous home of Wimbledon, serves up an average house price of £694,407 while Flushing Meadows in Queens, NYC, home of the US Open, commands an average price of £494,358. Prices surrounding the Australian Open’s Melbourne Park venue average out at £320,740, the most affordable of the lot.

However, Wimbledon easily remains the most prestigious Grand Slam location in the world when it comes to the premium paid for properties in the surrounding area. Homes in the SW19 postcode are, on average, 23% more expensive than those in the wider borough of Merton – the cash equivalent of £129,658.

The only other tournament to boast a positive local house price premium is the French Open with prices in Paris’s 16th Arrondissement 7.9% higher than the overall city average.

Director of Benham and Reeves, Marc von Grundherr, commented: “No other tennis Grand Slam venue carries the prestige of Wimbledon and so it goes without saying that no other surrounding property market carries the same price premiums.

The London property market hasn’t performed at the same level as the rest of the UK during the pandemic property market boom and so top line values in SW19 are perhaps a little muted. But despite this, buyers continue to pay above and beyond to live within arm’s reach of the world’s most famous and respected tennis venue.”