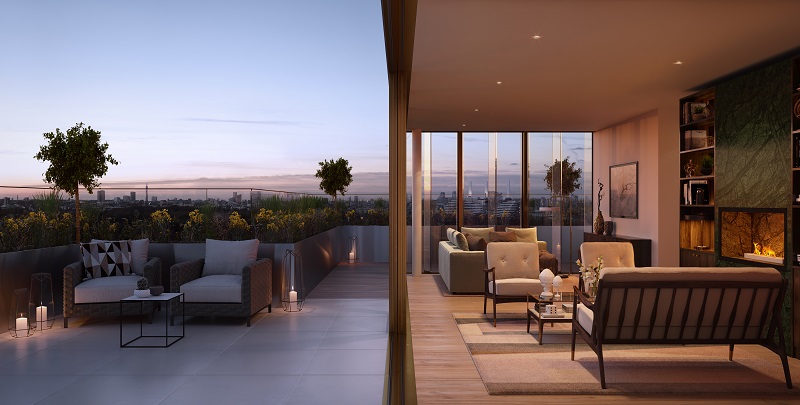 Chestertons, one of London’s largest estate and letting agents with 33 offices, reports on the key trends of 2018 and looks at the 2019 forecast.

In general, London has seen a couple of predominate trends this year:

At the beginning of the year there were fewer sales and a reduction in activity due to buyer’s being dampened by Brexit uncertainty and tax changes affecting second properties and buy-to-let landlords.

The capital has suffered more than the rest of the country in the wake of tax increase, while Brexit has also had a greater impact due to the more international make-up of the population. It is encouraging, however, that there has been a noticeable increase in buyer interest with registrations and viewings both up on last year. Figures in Q3 2018 compared to 2017 showed that buyer registrations were up by 30% and viewings by 28%, suggesting that there was considerable pent up buyer demand towards the end of the year.

Prices in higher value locations were 17% lower than they were in the peak in 2014.

Buyers have remained price sensitive and prices in the more expensive locations, especially in central London, have experienced further decline this year. However, there are signs that the gap between vendor and purchaser expectations is narrowing as the rate of decline has slowed. We have even seen sought-after properties attracting competitive bidding and, in some cases, exceeding asking prices in pockets of the capital. For example, average house prices in Pimlico currently sit between £1,200 – £1,500 £/sqft but the last property our Pimlico office sold (a first-floor apartment on one of Pimlico’s garden squares) achieved a record price of close to £1,700 £/sqft.

The general market outlook for 2019 does, of course, depend heavily on the Brexit outcome. Recent developments notwithstanding, we are assuming that we will end up with a deal which will be somewhere between a hard and a soft Brexit. The sales market is unlikely to see any increase in transaction numbers before the Brexit negotiations are resolved. However, values in the prime central locations have fallen to levels which now represent good value compared to the market peak – prices are already 17% below their peak level of June 2014 – and buyers are beginning to sense that the bottom of the market is in sight. There is clear potential for the undoubted pent-up buyer demand to be released once the uncertainties are behind us.

Prices across Greater London are unlikely to see much growth in 2019. However, neither should they suffer any dramatic decline, barring a major shock in the wider economy and while supply continues to lag behind demand. Prices in the prime locations may see some further slight reduction, but we anticipate they will rebound once the pent-up demand is released.

Areas that have the most optimistic outlook for the next 12 months are outside of prime central London where house prices could climb by 2%. Long-term, we estimate that London prices are forecast to rise 10.4% by 2022, although prime central London is set for a more modest rise of 8%.

The key trends in the London rental market this year have been:

Demand continued to outstrip supply for much of 2018, a result of a growing number of landlords selling their properties, often to owner occupiers. This trend was not only evident across the London private rental market, but nationwide.

Despite this, there was still plenty of activity with an increase in lets agreed over the summer months due to high demand. The number of agreed lets rose in Q3 and was over 60% higher than in Q3 2017.

2. Increase in the number of landlords selling their properties

This was exacerbated in reaction to the phasing out of tax relief on finance related costs which made buy-to-let investment increasingly unviable for many amateur or accidental landlords.

Although our Q3 report found zero growth in 28 higher value London locations, rents were either stable or saw an increase in 20 other locations covered by our offices.

4. A rise of yields in many London locations

The increase in rents in many parts of London meant that rental yields also increased, and they could continue to rise in 2019 if supply reduces further. There were pockets throughout London that benefitted from considerable growth, particularly Chiswick which saw the highest surge in gross rental yields over the last year of around 30%, while Tower Bridge and Covent Garden saw an annual increase of 17% and 15% respectively.

Rental growth is likely to be sustained in 2019 due to the current gap between supply and demand, but affordability is likely to be stretched further as rental growth outpaces most people’s wages. There will be a limit though where people simply can’t afford to rent in London and landlords therefore need to be realistic with their rents.

Despite many amateur landlords having to scale back their portfolios or leaving the sector altogether, investing in the London market is still a very attractive proposition for professional landlords with low interest rates, which is likely to continue, and higher rental returns.

Looking at a longer forecast, the supply and demand imbalance should be largely corrected by the rapidly expanding build-to-rent sector. Against this backdrop, we are expecting to see a modest rental uplift next year of 2.5% in London and 2% in prime central London. We forecast that by 2022 we will see a total growth of 11.5% in rents throughout London.