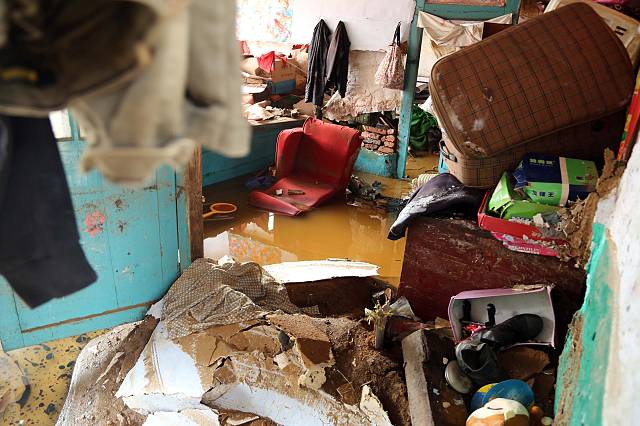 Research by online letting agent and property management provider Howsy has revealed the most common reasons why people claim on their house insurance, as well as the best ways to avoid any such issues for landlords looking to keep costs down.

By analysing the latest available data from the Association of British Insurers, Howsy has found that the escape of water is the leading cause of house insurance claims in the United Kingdom, followed by fire and explosions, then theft.

The escape of water typically stems from severe storms or floods, leaky or burst pipes, roof damage, drainage problems, and even malfunctioning dishwashers and washing machines.

In order to prevent water damage, landlords are advised to: inspect roofs for broken shingles, large debris and the like; clean a property’s gutters regularly; caulk and seal any windows; check pipes; and test a property’s sump pump frequently.

Meanwhile, landlords can help to avoid fires and explosions by ensuring that a property’s heating system is regularly serviced by a professional, though much of the onus, in this case, falls upon tenants, who should remove lint from dryer filters after each use, refrain from using extension cables and plug-in power bars, and keep cooking oil containers away from hobs/stoves.

It is also advisable to ensure that smoking materials are properly extinguished, while firewood, rubbish and piles of leaves should be kept away from a property so that they do not become kindling in the event of a fire.

To prevent theft, landlords can upgrade a property’s security by installing an alarm, deadlocks, and peepholes. Automatic lights on a property’s exterior or garage can also prove a useful deterrent against burglars, as can window shutters.

Further to these main causes of house insurance claims are accidental damage, weather, and domestic subsidence, though ‘other domestic claims’ are in fact the fourth most common reason among tenants.

Calum Brannan, CEO of Howsy said, “Landlords can face a number of problems from the tenant side of a rental agreement, but the property itself can also throw up a number of issues that can cause a financial inconvenience.

“Keeping a property fit for purpose is vital not only from a financial standpoint but also a legal one and failing to do so can cost time and money at best, but in the worst-case scenarios, it can result in legal action and even a fatality.

“Therefore all landlords should ensure that maintaining their property is done on a frequent and thorough basis not only for their sake but for that of their tenants.”