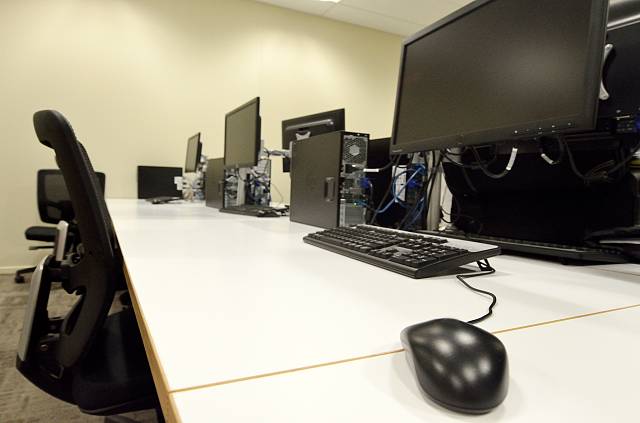 The number of UK businesses considering a move into flexible workspace has increased by almost 10% in the past year amid Brexit uncertainty.

New research from the flexible workspace finder Officio shows companies seeking flexible accommodation increased by nine per cent during the year to April 2019 as larger firms sought to streamline operations and make themselves more nimble.

However, while enquiries about flexible workspace increased the number of companies actually taking up such spaces decreased by seven per cent on the previous year, perhaps due to business leaders choosing to hold back and see what the politicians deliver.

Demand for flexible workspace, office deals made on short term agreements often bundled with services such as telecoms, are seen as an indicator of the future health of the economy as they appeal to start-ups, fast growth companies and to larger firms who wish to make themselves more responsive to a fast changing market.

The latest Officio figures suggest many companies are checking their options in the pre-Brexit climate. As well as overall take-up declining, the average rate charged for each desk has also dropped slightly from £449 to £423 nationally, but the average length of each contract has increased by four per cent.

London saw enquiries for flexible increase by almost a third (31%) although the number of deals was slightly down on the previous year, recording a four per cent fall.

In the financial district there was a sharp rise in the number of companies enquiring about flexible space, up almost two thirds (64%) on the previous year. But the number actually taking flexible workspace deals in The City fell by almost one fifth (18%) perhaps reflecting an increase in average price per desk from £645 to £705 a month.

Around the UK the picture is mixed. Despite six per cent fewer offices in Manchester being taken, these deals proved to be the most lucrative as average contract value rose by a whopping 282%.

Bristol’s business hub is also proving popular, with Officio’s regional enquiries up 54% and actual take up at 21%. But businesses are choosing not to move in Liverpool, as 50% fewer workspaces were taken up compared to the previous year.

Across the UK Officio’s statistics show that the average number of desks per office rose from 5.4 to six as larger companies chose to move to flexible workspace to allow themselves more room to manoeuvre amid Brexit uncertainty.

While the number of flexible workspace deals was down on the previous year the average deal value and contract length were both up by 22% and four per cent respectively.

Officio CEO Chris Meredith said, “Our latest figures reveal a fascinating picture of how businesses across the UK are responding to Brexit uncertainty.

“It seems many larger companies are considering a move out of traditional leasehold office space and into flexible workspace.

“This could be because they don’t want to commit to long term leases in the current climate of Brexit uncertainty and understand that by moving into flexible workspace they can make their operations more nimble and able to respond to changing market conditions more quickly.

“While the number of deals done has fallen slightly the value of the deals and the contract length both increased which also indicates that larger firms are taking up flexible workspace.

“With Brexit remaining unresolved and business uncertainty increasing we expect to see the trend towards flexible workspace increase further this year.”