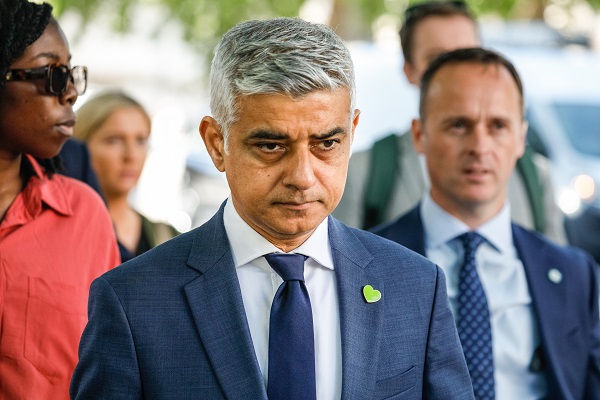 The Mayor of London, Sadiq Khan, is today calling for London’s 292,000 social housing tenants and shared owners to receive a Government-funded rebate to compensate for looming social rent increases next April.

Sadiq believes the cost-of-living crisis demands the same focus that saw the Government and housing providers collaborate during the pandemic, ensuring the most vulnerable in society were protected and supported.

A quarter of a million households in London pay for their social rent from their own pocket, meaning any substantial increase in rents would drag more households into poverty and, for some, drive new benefit applications.

Ministers are currently considering a new cap limiting annual social rent increases at either three per cent, five per cent or seven per cent. The Mayor is calling on the Government to go further by providing an effective rent freeze for residents.

This would be achieved by giving social housing residents – including shared owners who are currently not covered by the Government’s plans – a rebate on any increases that landlords make next year. It could be fully paid for by housing benefit savings that Government will make, whichever level of rent cap it decides on.

The Mayor is also calling on the Government to scrap the benefit cap, which unfairly targets larger families. The benefit cap sets a limit to the maximum amount households where no one is at work can receive in benefits.

If households’ entitlement hits this maximum amount – which is more likely to happen with higher rents –  then deductions are made from their housing-related benefits. Therefore, social rent rises, even if capped, could mean some households who access housing benefit will have to cover increases themselves, with limited capacity to do so given other cost of living pressures.

By arguing for a rent rebate rather than a conventional rent freeze, the Mayor’s proposal would prevent the complete choking off of new social housing supply and essential maintenance work.

Councils and housing associations wouldn’t contribute a penny more than what is set out by Government in response to their rent cap consultation. The Mayor believes it is crucial that the Government provides the investment that enables social landlords to continue to focus on building new genuinely affordable homes, and on investing in maintaining the quality and safety of all social housing.

For social landlords, recent evidence shows the cost of building new homes is rising 12 per cent a year, and the cost of repairs and maintenance materials are up 14 per cent annually. Any cap on the rent increases that they are able to implement will have a significant impact on providers’ business plans and ability to invest in London’s social housing stock which are already very stretched due to inflation and increasing borrowing costs.

For Londoners waiting on housing registers, slowing down the new development of social housing is unacceptable. It is not in the interests of current tenants to scrap or pause efforts to invest in the quality and safety of their homes.

And with an ever more urgent climate crisis, it is also not in the interests of the housing sector or society to reduce investment into making homes more energy efficient and achieving net zero. A rent freeze, via rebates for all social housing residents who are out pocket, would protect investment plans of social landlords alongside the household budgets of tenants and shared ownership leaseholders.

Mayor of London Sadiq Khan said, “Londoners living in social housing are on the front line of the cost of living crisis, facing ever increasing bills and costs. That’s why I am urging Ministers to implement a rent freeze for social housing tenants via a rebate to compensate for any upcoming social rent increases.

“I have called repeatedly for a rent freeze for London’s private renters. Those in social housing and shared owners should also get the benefits this would bring too.

“We are now building council homes in London at a rate not seen since the 1970s, but the Government needs to help ensure that inflation doesn’t render these homes unaffordable for those who need them. A social housing rent freeze is the only sensible solution as we continue to build a London that is fairer for everyone.”

Dinah Roake, Chair of the London Housing Panel said, “As the Chair of the London Housing Panel, I welcome the Mayor’s position that government should implement a rent freeze, via a rebate scheme, for social housing tenants (including shared owners) whose rents are not covered by benefits and who will be dealing with immense pressures already in the current cost-of-living crisis.

“For the majority of Londoners who are currently homeless, living in temporary accommodation, or living under precarious housing conditions, social rented homes are the most secure and affordable tenure – and desperately  needed.”

The proposed rebate could be fully funded through whatever rent capping scenario the Government chooses, because the funds the Government would have spent through housing-related benefits under the current rent settlement would be reduced via imposing a new cap. This money could then be re-routed to social housing residents who pay rent from their own pockets.