Home Property Revealed: These are the things that drive your housemates mad 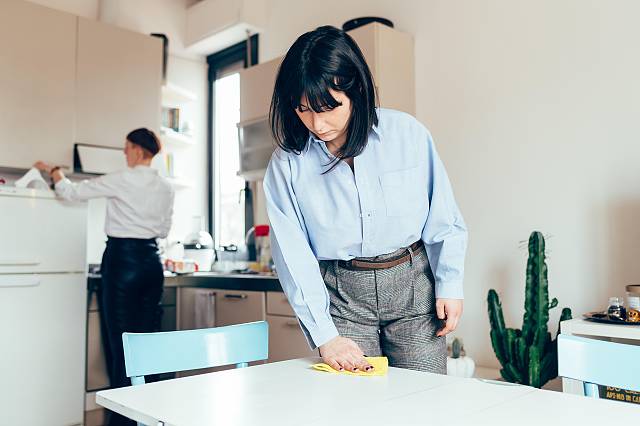 Revealed: These are the things that drive your housemates mad

Leading room share platform, ideal flatmate, has revealed the worst things you can do as a roommate when it comes to disrupting a harmonious flat share.

ideal flatmate surveyed 1,000 people currently renting a house and asked them – what is the worst thing about sharing with a roommate?

If you can’t keep clean, the least you can do is pull your weight, and 22% of people stated that roommates that don’t do their fair share of the housework was the worst thing about sharing a house.

It’s a habit that divides the nation, but people that smoke without consideration for their roommates is the third biggest bug bear (11%), along with not splitting bills fairly (9%), your housemate eating your food (6%) and the amount of time spent in the bathroom in the morning (5%).

Partying, pets, nocturnal exercise and walking around half naked ranked as the least annoying things about sharing a house with roommates.

Co-founder of ideal flatmate, Tom Gatzen said, “While the room share space may have evolved due to the integration of technology improving the speed and convenience of finding a roommate, the things that remain most important to those in a co-living environment remain largely the same as they’ve always been.

People don’t tend to care about your skin colour, your sexual orientation, or what clothes you wear, but the basic courtesies of pulling your weight with the house work, keeping clean, and respecting others are what form the basis of a great house share.

Of course, when you live with someone, there will always be friction points, that’s natural. However, we’ve found that by matching people based on personality, interests and lifestyle, we can reduce the amount of friction dramatically and create a far happier environment for all involved.”

Private jet costs to Nice could cover your rent in...