Home Property Revealed: The areas of the UK which have the highest denisty of estate agents 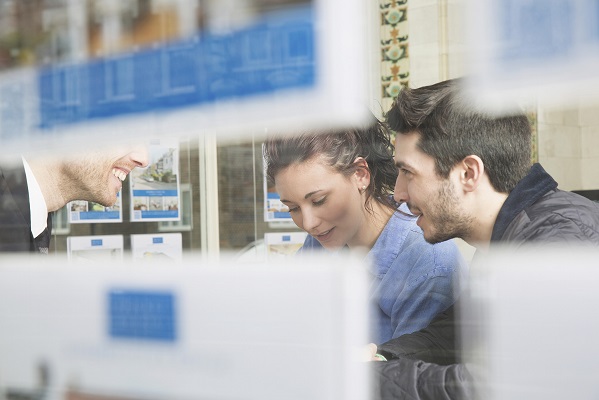 Revealed: The areas of the UK which have the highest denisty of estate agents

The latest data released by estate agent comparison site, GetAgent.co.uk, tracked the number of agent branches operating within any given postcode across the UK property market and their latest data shows that, on average, there are as many as 66 branches in every postcode.

While space might be tight in the capital, a higher propensity for building up coupled with a more fluid property market makes it one of the most competitive in the nation. No surprise then, that the capital accounts for the top 45 areas when it comes to the most estate agent branches registered within a single postcode.

The competition amongst London estate agents is at its fiercest in Canary Wharf’s E14 postcode, where there are no less than 481 estate agent branches fighting it out to sell homes.

The prime London postcodes of SW1 – Westminster – and W2 – Bayswater – are home to the next highest intensity of estate agents branches, with 470 and 464 registered within each postcode respectively.

Outside of the capital, the SL1 postcode of Slough in Buckinghamshire sits top when it comes to estate agent competition, with 224 branches registered in the area.

Mal McCallion, COO of GetAgent.co.uk, commented: “The bricks-and-mortar estate agent branch is alive and well, despite many and frequent false prophecies that the rise of the online agent would bring about its extinction.

“In fact, we’ve seen quite the opposite and competition is even more fierce across many of the nation’s postcodes.

“Online portals and an almost universal propensity to house hunt on the internet have not killed the traditional estate agent, as many predicted. In fact, this technological innovation has actually allowed quality estate agents to cast their nets even further afield, listing homes in surrounding areas where their brand and local expertise still resonates.”

Estate agents would list a haunted house for sale, with...