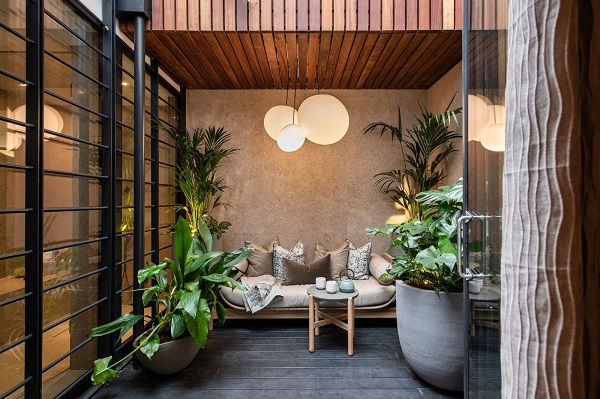 Prime Central London’s ultra-prime housing market for multi-millionaire and billionaire buyers has risen by 30% during 2022 – over a two year period there has been a total of 92 sales for luxury properties priced over £15 million with 52 sales in 2022 compared to 40 in 2021 (17 in 2020) – with London’s super-rich buyer market set to remain buoyant during 2023 driven by American, European, Indian and Middle East buyers says a new survey by Beauchamp Estates.

Beauchamp Estates say that during parts of 2022 London’s super-top-end property transactions had been driven by American buyers, because of the strength of the US Dollar against the Pound Sterling giving them an effective 30% discount on their cost of purchasing property in London.

Beauchamp Estates estimate that during 2022 50% of the deals in Prime Central London for homes valued over £15 million had been to American buyers, purchasing around £620 million worth of luxury property; with Swiss, French, Indian and Middle East buyers being the other key acquirers of luxury homes in London during the last 12 months. Rising interest rates have increased cash purchases by over 60% for those transactions in excess of £15 million, a significant shift from 2021 and 2020 when the majority of deals were funded by advantageous interest-only “super-prime mortgages”.

The latest 2022 edition of the annual Billionaire Buyers in London survey by Beauchamp Estates has looked at sales of luxury residential properties valued over £15 million between January 2022 and December 2022, compared to 2021 and 2020, analysing deals data from LONRES, combined with wealth data from Credit Suisse and Forbes, and the agency’s own in-house deals data and local market intelligence.

The Beauchamp Estates survey reveals that between January 2021 and December 2022 there have been 92 sales of PCL homes priced above £15 million – over £1.97 billion worth of property sold – with 2022 accounting for £1.23 billion worth of sales compared to £773 million in 2021 and £553 million in 2020. In just three years London’s billionaire deals market has more than doubled in size.

Over the last two years London’s super-rich homes deals have achieved £3,259 per sqft on average with the highest in 2022 hitting £10,000 per sqft in Belgravia. There is a significant price premium for newly built or newly refurbished dressed turn-key homes with concierge and lifestyle amenities with £15 million plus deals such property achieving average values of £6,666 per sqft over the last 12 months.

The number of mansions and townhouses priced above £15 million which have sold in PCL has risen for the third year running with 36 sold in 2022, compared to 27 in 2021 and 11 in 2020. Such billionaires’ houses being 9,292 sqft in size on average, with seven bedrooms, a private cinema, health spa, swimming pool and generous garden.

The number of ultra-prime apartment and penthouse sales have also risen, with 12 £15 million plus deals in 2022, compared to 10 in 2021 and six in 2020. Such apartments and penthouses have on average been 6,144 sqft in size with four bedroom suites and large private balconies and terraces.

The 2021-2022 deals data shows that for London homes priced above £30 million buyers are looking for mansions/grand townhouses between 10,000 sqft to 30,000 sqft in size complete with gardens and 6,000 sqft plus penthouses with private roofterraces.

During 2022 Beauchamp Estates has handled the sale of over £305 million worth of property in Prime Central London, for homes priced above £15 million, when the agency’s overseas offices added, the value of £15 million plus deals rises to well in excess of £500 million. Of the London deals, 60% have been to American buyers, alongside buyers from Switzerland, France, Greece and the Middle East.

Beauchamp Estates London deals above £15 million in 2022 include a £45 million house in a prime Notting Hill square, a £19.75 million 6,504 sqft house in Cadogan Gardens, sold on behalf of the billionaire Hariri family to another Lebanese billionaire; a £17 million townhouse on Old Queen Street sold on behalf of the Canadian billionaire Benisti family to a young Eastern European billionaire; a grand Mayfair apartment where the initial asking price was £37.5 million, a £20.5 million house close to Eaton Square in Belgravia, a £24.95 million residence in Cadogan Square, and a £17 million turn key apartment in Belgravia.

Beauchamp Estates highlight that war, pandemic and sluggish markets have caused turmoil for the world’s billionaires during 2022. This year there are 2,668 billionaires around the world – 121 fewer than in 2021 – worth a collective £10.36 trillion, £326 billion less than in 2021.

The key drops in billionaire wealth have been in Russia, where there are 34 fewer billionaires than in 2021 following the Russia-Ukraine war and sanctions, and China where tech and real estate industry problems, COVID lockdowns and government crackdowns has led to 87 fewer Chinese billionaires.

Beauchamp Estates reveal that during 2022 there have been no truly significant Russian Oligarch purchases and only a few Chinese top-end residential real estate purchases in Prime Central London.

Beauchamp Estates say global uncertainty and the under performance of alternative investments has driven many multi-millionaires and billionaires to return to investing in London real estate as a proven safe haven and stable asset class. Therefore despite the drop in billionaire wealth London has bucked the trend. The UK now has 177 billionaires, up six from 2021, they have a combined fortune of £653 billion, with 120 owning one or more homes in London.

Beauchamp Estates observe that the most dramatic rise in billionaire numbers has been in America, where there are now 735 billionaires worth £3.83 trillion.

American wealth creation, combined with the USA-UK exchange rate, has resulted in the wave of American luxury home buyers in London over the last 12 months. During 2022 Continental Europe has seen a 22% jump in billionaire wealth and there are now 111 billionaires in Switzerland worth £296 billion, 68 in France worth £240 billion and 68 in Italy worth £169 billion, all these countries have seen buyers purchasing £15 million plus homes in London over 2022.

Looking at how London’s super-prime residential market will perform in 2023 Beauchamp Estates forecast that for properties priced above £15 million values will either remain flat, or rise slightly by 1% or 2%, a result of global economic slowdown and rising interest rates.

Beauchamp Estates forecast that during 2023 the volume of deals for homes priced above £15 million is likely to rise by 30% compared to 2022, driven by wealth creation in three locations – the USA, Europe and the Middle East.

Beauchamp Estates say that during 2023 the leading buyers of £15 million plus homes in London will be Americans – in a repeat of 2022 they will again dominate the deals – followed by purchasers from Europe (Swiss, French and Italian) and the Middle East (notably the UAE, Saudi Arabia and Qatar).

Beauchamp Estates highlight that high oil and gas prices have generated huge excess cash reserves in the Gulf states. There are now 45 billionaires in the United Arab Emirates worth £404.4 billion – equivalent to the billionaire wealth of France and Italy combined.

There are 71 billionaires in Saudi Arabia worth £1.256 trillion – equivalent to the combined billionaire wealth of the UK, Switzerland, France and Italy.

Gary Hersham, Founding Director of Beauchamp Estates told LondonLovesProperty.com, “During 2022 the volume of £15 million plus deals in London’s ultra-prime housing market has risen by 30% compared to 2021, the landscape dominated by American buyers undertaking cash purchases and capitalising on the strength of the US Dollar against the Pound Sterling which has given them an enormous price discount and paid for Stamp Duty and moving in fees.

“During 2022 there has effectively been one billionaire buyer property deal per week in Central London with war, pandemic and the sluggish performance of alternative investment markets driving multi-millionaires and billionaires to return to investing in London residential real estate which is a proven safe haven and stable asset class.”

Marcus O’Brien, Head of Beauchamp Estates Private Office added, “The drop in the Pound Sterling US Dollar rates triggered a wave of Dollar based buyers purchasing luxury property in London.

“This Dollar buyer wave has dominated Q4 2022 and in the last few weeks Beauchamp Estates has done some £130 million worth of deals for London homes priced above £15 million, driven by Dollar purchasers who view London real estate as a huge buying opportunity.”