Home Property Paranormal postcode premiums: How much more does it cost to live in a haunted location? 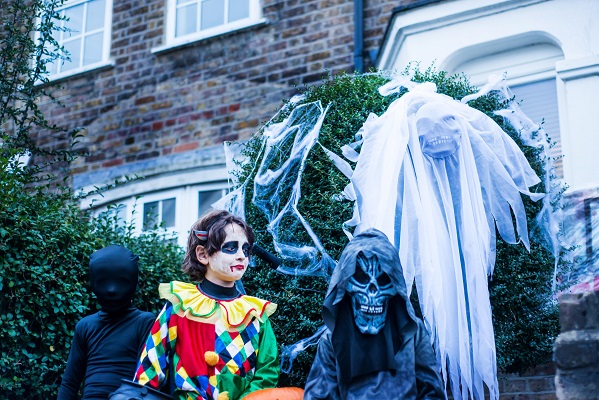 Paranormal postcode premiums: How much more does it cost to live in a haunted location?

New research from Hammonds Furniture examined average house prices of postcodes located close to ghostly locations such as haunted castles, ghost trails, and areas with reported paranormal activity across the country, and compared their findings with regional and national prices to uncover if living close to a spooky site could actually add value to your property.

According to the study, homes located near spooky spots are, on average, priced 12% higher than the average home in the same region.

But living near certain ghostly locations can add more value to our homes than others.

For example, homes near the mysterious Hangman’s Hill in Epping Forest in Essex are priced at over £200k more than the average Essex home (£623,705) at a hefty £623,705. Legend has it, drivers who head to the location can put their car in neutral and experience an anti-gravity phenomenon as their car starts to roll uphill!

Farleigh Hungerford Castle in Somerset is also an area where house prices run higher than the regional average. Those looking to live near the reputedly haunted castle can expect to pay £511,443 for the average home in the same postcode, £166,248 (48%) more than the average Somerset home (£511,443).

Fortunately for keen ghost hunters looking to bag a bargain, there are some locations where it’s cheaper to live near a haunted spot when compared to the regional average house price.

Said to have “intense ghostly activity”, homes in the same postcode as Conisbrough Castle in Doncaster are currently £57,498 (30%) below the South Yorkshire average (£134,089).

Hammonds also surveyed 2,000 UK adults to find out how opened minded Brits are when it comes to the paranormal.

The poll revealed that 43% of Brits do believe in ghosts, while 17% even claim to have seen a ghost for themselves. 30% said that they definitely do not believe in ghosts. Just over a quarter remain unsure (27%).

Almost half of the residents in the West Midlands (47%) and in the North East (47%) said that they believe in ghosts, making them the most spiritually minded regions of the UK. Interestingly, 25% of Brits believe that they currently or used to live in a haunted house.

When it comes to the reasons Brits believe their homes may be haunted, hearing noises that can’t be explained came out on top for more than a third of Brits (38%).

1. Mysterious sounds that can’t be explained (38%)

4. Feeling as though you’re being watched/are not alone (27%)

5. Lights and electronics turning on and off randomly (24%)

Kirsty Oakes, Head of Product and Marketing at Hammonds Furniture added, “As we head towards spooky season and Halloween, it’s fascinating to learn how many of us may have lived in a haunted home.

“Whilst it’s interesting to see that living close to some of the country’s most haunted locations actually may not be a bad thing for your property’s value, we were happy to learn that believers and ghost-hunters could still find a good deal living near to certain spooky sites.

“For those of us that aren’t looking to move closer to paranormal activity but still want a thrill this Halloween or half-term break, English Heritage castles or ghost tours hosted in towns and cities across the UK can be a great way to find out the haunted history of more specific locations – let us know on social media if you spot a spirit for yourself!”