Home Residential Property 10 top signs your house might be haunted 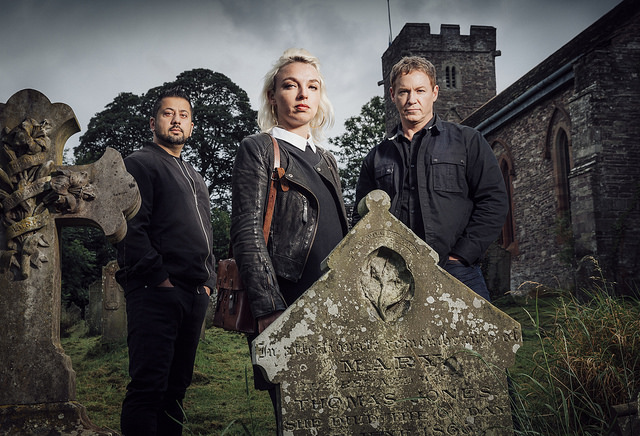 With the property market busiest during the summer months, a groundbreaking new study has revealed that haunted houses and properties linked to supernatural phenomena are likely to lose 17% of their value; equal to a staggering £38,574 of the average UK property price when it comes to selling.

The world first paranormal property study was specially commissioned by TV channel Really to celebrate the new series Help! My House is Haunted airing weekly on Fridays at 10pm and available to stream on UKTV Play.

The research team led by acclaimed statistician Dr Geoff Ellis analysed the sale price of 25 British haunted houses that have been sold in the last 50 years and compared the sale prices to those of similar properties (in terms of location and style) without any supernatural history. The findings were then supplemented with further detail from a poll of 2000 British adults to give a compelling overview of the real cost of owning a haunted house in the UK today.

The gloomy findings are set to send a shockwave through the 23% of British adults who believe their houses are haunted, equating to a staggering 6.26 million households witnessing a scary depreciation in price.

The study revealed that well over half of the respondents (55%) say they’d be put off buying a haunted house, whilst 28% of British property buyers have felt a spooky presence when viewing a house, which has put them off buying.

Shockingly nearly half of the country (49%) admit that they have experienced some form of unexplained paranormal activity, with the most commonly reported occurrences being: hearing unexplained noises or whispers (23%), pets acting weirdly (18%), strange shadows (18%), lights turning on and off (14%), or furniture moving unexpectedly (9%).

In the UK, June, July and August are the busiest months for property transactions as buyers flood onto the market, spurred on by the good weather.

Given the results, it was perhaps unsurprising to find that three quarters of Brits (78%) polled would lie to their estate agent to cover up the fact their house was haunted to avoid the financial consequences.

Adam Collings, channel director of UKTV Really, said: “It’s staggering how much money could be wiped-off the value of your property, should you feel your house is haunted; and eye-opening to see just how many of us have experienced spooky goings-on at home.

“The research suggests it’s probably a good idea to keep your eyes peeled for paranormal activity when viewing a property, as your new house could become a very bad investment when you come to sell it, should it be found to be haunted.”