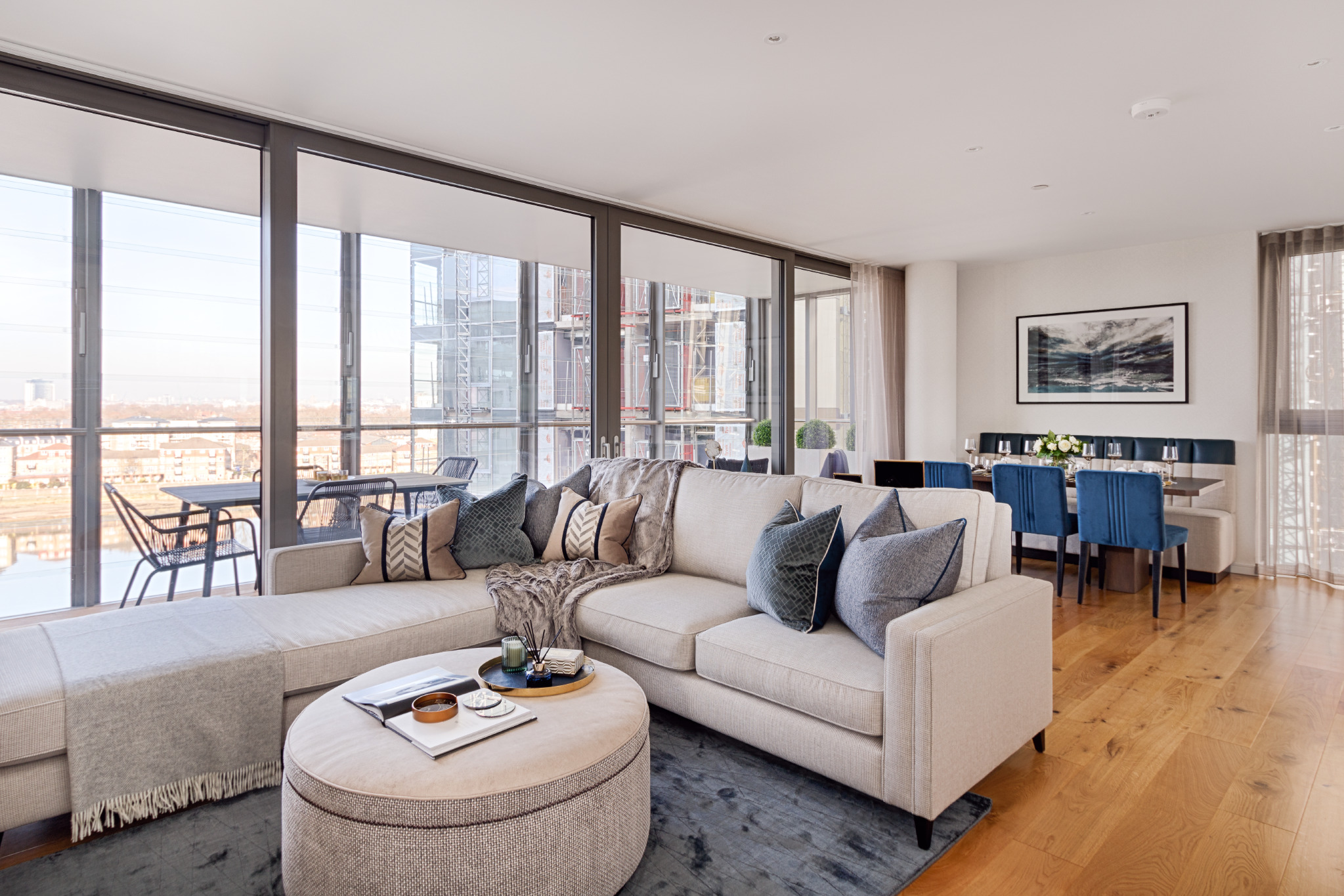 Frasers Property UK have launched the final building at their flagship scheme Riverside Quarter, in Wandsworth. Named Nine Eastfields the plans for the new 14 storey building and final phase of the scheme include 79 private state-of-the-art apartments, a resident’s lap pool and gymnasium alongside commercial space set for completion in 2020. Prices at Nine Eastfields start from £755,000. Nine Eastfields is the final building to be launched at the Riverside Quarter complex and completes a ten-year regeneration of the site, once a former Shell oil terminal. Nine Eastfields will cater to a demand for new build apartments in the area, with private terraces and balconies, standing at the confluence of the River Wandle and the River Thames. Residents will benefit from all of the amenities on offer at Riverside Quarter including a swimming pool alongside the lap pool and gymnasium being built at Nine Eastfields. The new building will also have 24-hour estate management including concierge and porterage service and video door entry systems. Ilaria del Beato, CEO at Frasers Property UK said, “The launch of Nine Eastfields marks the final phase of development at Riverside Quarter. Following a ten-year regeneration of the area and the production of a landmark Wandsworth scheme, Frasers Property UK are pleased to be launching the final 79 apartments and state-of-the-art resident amenities.” The pre-existing 80 metre pier was extended by 23 metres and access will now move closer to the deeper Thames navigable channel. Frasers Property UK obtained permission for this connected to a new 30 metres by six metres pontoon for embarkation and disembarkation. This will ensure that the MBNA Thames Clippers’ service is no longer inhibited by low tides and a restricted shallow channel, providing a more reliable service. The improvements will provide local residents with a better  Pier environment and a positive service impact with less disruptions. Frasers Property UK  have worked alongside Wandsworth Council and MBNA Thames Clippers to ensure that the Wandsworth Riverside Quarter Pier can be utilised in the most efficient way, providing a state-of-the-art transport service to thousands of people. Ilaria del Beato, CEO, of Frasers Property UK said, “The extension of Wandsworth Riverside Quarter Pier will greatly benefit the existing and expanding community at Riverside Quarter. Frasers Property UK are thrilled to be part of the extension which will improve the access for MBNA Thames Clippers’ service for thousands of passengers and commuters.” Sean Collins, CEO of MBNA Thames Clippers said, “We are delighted that through close private sector collaboration with Frasers Property UK, the fantastic new Wandsworth Riverside Quarter Pier is in position and as a result, our RB6 service is now fully accessible during all states of tide.  This bespoke passenger landing pontoon has already had a positive impact on the timetable reliability. We are committed to investing in our service and providing the best possible customer experience for our passengers.”