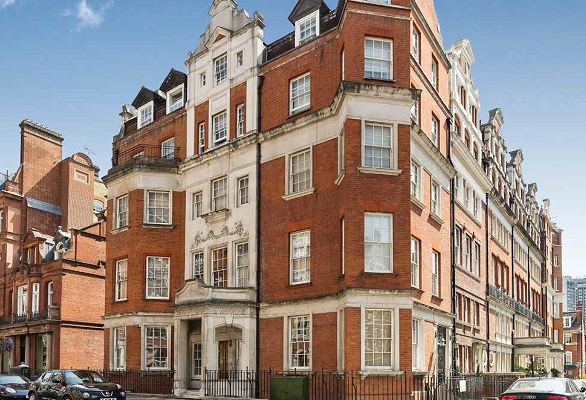 REDD, the Monaco founded multi-national luxury property company, has acquired the freehold of a landmark 9,364 sqft five storey mansion building in Mayfair’s Balfour Place, listed for £15m, which REDD plan to transform into a new luxury mixed use development. The building was formerly the London headquarters of the London & Overseas Freighters & Tankers Shipping Line, owned by the famous Greek shipping families, the Kulukundis and the Mavroleons. Russell Smithers, Managing Director of the REDD operation in London said, “REDD has just acquired the freehold of a magnificent historic mansion building on Balfour Place in Mayfair which was once the headquarters for the legendry Kulukundis and Mavroleon shipping dynasty. “We plan to consult closely with Grosvenor and the City of Westminster and transform this into REDD’s first multi-unit boutique residential scheme in London. We are also in the process of seeking further prime projects in London, working on behalf of private investors and clients.” The building originally served as a single mansion but after WWII was converted into offices and apartments. The Greek Kulukundis family had operated a shipping business based in London since 1920, disrupted during WWII, so in 1948 John Kulukundis and his cousin Basil Mavroleon founded the London & Overseas Freighters & Tankers Shipping Line. Balfour Place, Landmark building, REDD, Mayfair the cousins needed a London base for the new company so in 1948 the shipping line acquired the Balfour Place mansion building, which had been abandoned during WWII, and after refurbishment the firm used the lower floors as headquarters with the remainder providing pied-a-terre flats for the directors. REDD apartment, reception roomFrom 1953 onwards the shipping line focused on transporting oil from the Middle East to Europe and North America. At its height the Kulukundis and Mavroleon families controlled a £2bn empire with a fleet of 32 ships, some branded as “Mayfair Tankers”, operated from Balfour Place. They and other Greek shipping dynasties, Onassis, Latsis and Niarchos, all chose Mayfair as their London base, underlining Mayfair’s role as the world’s most desirable address. In 1984 the tanker firm relocated to City of London and in 1997 was sold to a Swedish shipping line. Over the last three decades the building on Balfour Place has provided multi-let apartments and office premises. Now REDD, which operates in Monaco and London, has acquired the Balfour Place mansion building and plan to transform it into a new luxury mixed use development. Plans are at an early stage and REDD will liaise closely with Grosvenor and the City of Westminster on the restoration of the historic building in order to devise proposals that meet local needs. Leading luxury design house 1508 has been appointed by REDD as design consultants and Savills and Wetherell will act as property advisors. Focused on the investment, development and management of prime property in world-class locations, REDD, founded by Executive Chairman Jacopo Marzocco, became operational in 2016 and over the last three years has been involved in luxury residential projects in Monaco.