Home Commercial ‘If England win the Euros, we will sell or let your property for free!’ – Living in London 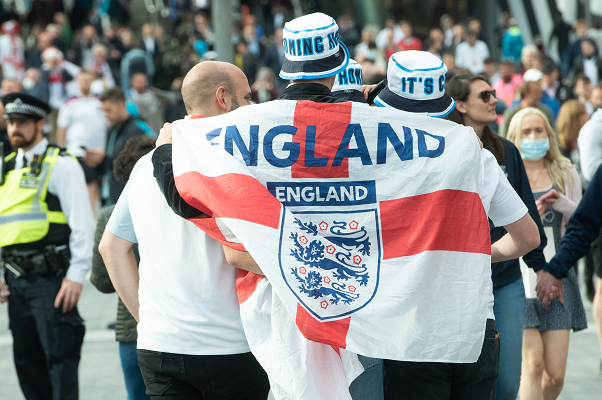 ‘If England win the Euros, we will sell or let your property for free!’ – Living in London

An independent London estate agent has pledged to sell or let properties for free if England win Euro 2020.

The tournament, which was delayed for a year by the pandemic, kicked off in Rome on June 11 – where Italy beat Turkey 3-0 – and will come to an end in a showpiece final at Wembley on July 11.

Hopes are high for Gareth Southgate’s promising young side, who got off to a good start in their opening group game against Croatia, with Raheem Sterling’s solitary goal enough to see off the team that knocked England out of the World Cup 2018 semi-finals. They followed this up with a 0-0 draw against rivals Scotland before a narrow 1-0 win over Czech Republic to top the group.

This means they’ll now face another old foe in Germany in a last-16 clash at Wembley this afternoon, with England fans praying they don’t face penalty shootout heartache against the Germans yet again.

“England are seen as one of the favourites by many,” George Maloney, Head of Property Acquisitions at Living in London, which has offices in Canada Water and Marine Wharf, said. “With such a deep squad of talent and a good mix of youth and experience, this could just be England’s year!”

Home advantage could be a deciding factor, with England set to play all but one of their games at Wembley if they make the final. Expectations are certainly higher than they have been for many years.

“With this in mind, and to show our support, we are offering to sell or let property for free if England are victorious at Wembley in a few weeks’ time,” Maloney added. “So, come on England, do us proud!”

How does it work?

Assuming England win the tournament, those who have signed up to Living in London on a sole agency basis between the start of the Euros (after 8pm on June 11 2021) and the start of the final (before 8pm on July 11 2021) won’t be charged a sales or letting fee, subject to terms and conditions.

The Living in London team will then arrange to visit the property to undertake a full market appraisal, where they will also offer any advice if/where needed on what could be done in order to increase the desirability and likelihood of achieving a higher price.

Afterwards, the agency will carry out the normal due diligence and prepare the Terms of Business ready for clients to review, and if happy, sign.

“Provided this is done before the final kicks off, we won’t charge you a selling or letting fee if England win Euro 2020,” Maloney explains.

“Your property doesn’t need to have sold or rented by July 11 (final day), you just need to be signed up before then. But it must sell or let before the end of 2021.”

Living in London is an independent 5-star rated (Feefo) multi-award-winning estate agency which specialises in SE16 London and surrounding areas.